In June 2005, former Tehran mayor Mahmoud Ahmadinejad, a hard-line conservative, won the presidential elections with 62 percent of the vote. After the reformists’ most prominent members had been barred from running by the Guardian Council, religious conservatives took a vast majority of the seats in the 2008 parliamentary elections. Ahmadinejad replaced President Khatami’s ‘Dialogue among Civilizations’ with a more confrontational foreign policy.

The 2009 elections and the Green Movement

Iran’s tenth presidential election was held on 12 June 2009, with incumbent Mahmoud Ahmadinejad running against three challengers, Mir-Hossein Mousavi, Mehdi Karroubi, and Mohsen Rezai. The next morning the Islamic Republic News Agency, Iran’s official news agency, announced that with two-thirds of the votes counted, Ahmadinejad had won the election with 62 percent of the votes and that Mir-Hossein Mousavi had received 34 percent. There were large irregularities in announcing the results, and people were surprised by them.

Following the 2009 Iranian presidential elections there were widespread protests against the disputed victory of Iranian President Mahmoud Ahmadinejad and in support of the opposition candidates Mir-Hossein Mousavi and Mehdi Karroubi in major cities in Iran and around the world, beginning on 13 June 2009. The protests were given several names by their supporters, including the Iranian Green Movement. The events were also referred to as the Twitter Revolution because of the protesters’ use of Twitter and other social-networking Internet sites to communicate with each other. Police and the Basij (a paramilitary group) suppressed both riots and peaceful demonstrations with the use of batons, pepper spray, and, in some cases, firearms. Several reformist politicians were put under house arrest. Protests erupted again in February 2011, concurrent with the Arab Spring.

The events that have come to be referred to as the Green Movement did not have one common agenda. The movement was initially a continuation of the demands of the Khatami period (1997-2005), which had remained largely unfulfilled. It therefore had a strong dimension of civil-society activism, human-rights campaigning, and the quest for democratization. It also had a clear cultural aspect, demanding normalization and more openness in the Iranian cultural climate.

During the presidency of Mahmoud Ahmadinejad Iran’s position was undermined. Due to its uranium enrichment program Teheran became exposed to economic sanctions in the West, targeting among others the oil and car industry and the national currency. The effects have increasingly become apparent: inflation reached over 30 percent in 2012, while government revenue as a result from reduced oil exports dropped from 24.2 percent of GDP in 2010 to an estimated 15.3 percent in 2012; growth has been negative with an estimated -1.9 percent in 2012 (MEED). Harsh repression of internal opposition and Ahmadinejad’s confrontational public statements have harmed Iran’s reputation in the world.

In his second term in office (2009-2013) Ahmadinejad increasingly became estranged from Iran’s Supreme Leader Ayatollah Ali Khamenei and the Usulgarayan (‘Principalists’) establishment, ultimately sparking public criticism from Khamenei himself. At stake was the disagreement over Ahmadinejad’s views on domestic and foreign policy issues. Ahmadinejad and his protégée Esfandiar Rahim Mashaei had opted for a loosening of social restrictions, especially for the youth, which was a departure from the strict social code in Iran. They introduced a new political discourse, with an Iranian School of Islam as a substitute for political Islam, without the clergy acting as a corporate body. Mashaei had stated that Iranians had no problem with the people of Israel (a controversial stance in Iran). In addition, Ahmadinejad used the office of the presidency to put close supporters such as  Mashaei into positions of power at the expense of those directly loyal to the Supreme Leader, firing officials linked to Khamenei. In 2011, Ahmadinejad tried to take control of the Intelligence Ministry by firing Minister Heydar Moslehi. However, Khamenei took responsibility and reversed the President’s decision.

Indicative of the Iranians’ main concerns, during the presidential election campaign the economy was the prime issue, more than democracy, social freedoms or relations with the United States.

Images of the 2009 demonstrations on the internet 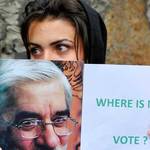 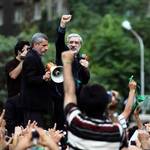 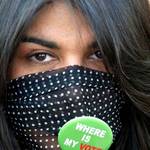 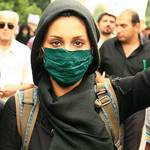 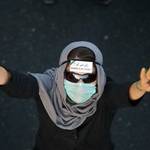 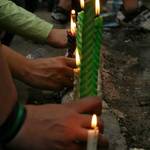 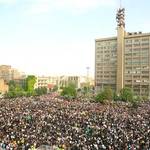 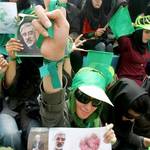