The appeals directed to Arab drama makers to show “commitment” requires pondering over them, as these appeals appear in a time where drama glamor has dimmed. These appeals come in a time where critiques’ arrows have been aimed towards drama. As a result, those appeals look as if they are discreet attempts to rejuvenate life in a sector that struggled before turning into a real industry. This leads me to ask the following: Does the flaw of Arab drama lie in its deviation from the line of “commitment”? Or are these appeals mere attempts to return drama to the Arab regimes’ “house of obedience”?!

During the 1990s, the Syrian – Turkish hostilities reached unprecedented levels. These hostilities extended to include a conflict over water. At that time, Turkey built several massive dams on the Euphrates river, which deprived its neighbor Syria (and Iraq, the downstream country) of a large portion of its quota. In addition, Turkey blocked the entire Khabur River until it completely stopped flowing in Syria. In the middle of that decade, specifically in 1996, the TV series “Ekhwat al-Turab” was produced (English: Soil Brothers). This series addressed the “Great Arab Revolt” period against the “Ottoman occupation”. It came as a harsh Syrian expression of hostility towards Turkey, which pushed the latter to protest and demand stopping the show. The Turkish reaction came as a result of the scenes of execution that the TV. series contained. In one of the scenes, the supporters of the Arab revolution were executed by using the impalement. Other scenes showed how Turkey (the Ottoman Turkey) applied a policy of forced conscription and involved the “Levant” youth in the “Seferberlik” wars of the Ottoman Empire.

Fourteen years after “Ekhwat al-Turab” production, the second season of the series “Ahl al-Raya” was aired (2010) (English: Flag’s People). This newer TV series addressed the same timeline that the previous one tackled. However, that came in an entirely different view. In one of the scenes, the protagonist of the series “Reda al-Hor” (Actor Qusai Khouli) urges his neighborhood’s people to show magnanimity and obey the firman (decree) of the Ottoman Sultan to join the Ottoman army and fight the enemies of the “Islamic Caliphate”!

History did not change between the two TV series. What changed was the political relationship between the two regimes. In both cases, the political stance forced drama to reflect the nature of those relations. By that, drama was a functional tool to express the general political mood of this or that regime. This is how Arab regimes understand “commitment”! In the light of this understanding, the appeals directed to Arab drama makers should be translated correspondingly. They are no more than requests to produce drama that adopts the prevailing political regimes’ visions, especially after the “Arab Spring” revolutions. In other words, drama was turned into political orientation lectures played by actors to enter every house. Such a function was better than asking the ruling party’s band secretaries to give boring speeches to their few supporters.

Over the past decades, Arab regimes succeeded in using art – especially cinema, theater, and drama – with the utmost malice and shrewdness. They have turned it into the single stress reliever of all repression that Arab peoples have suffered from. They were the place to soothe the pains of the helpless peoples in the face of the brutality and intrusion of those regimes. This brings us to various examples, the most prominent of which is the play “Daiyat Tishreen” (English: October/November village) (1974) by the late Muhammad al-Maghut, starring the duo Nihad Kalai and Duraid Lahham. This play highlighted the resounding defeat of Arabs in the June war of 1967 against “Israel”. It bitterly mocks the Arab regimes calling that the defeat a “setback” and then transforming it into a victory due to the “survival” of these regimes! That play – and other plays – was staged in the theaters of the regimes. Interestingly, the late President Hafez al-Assad attended one of those plays – Kasak Ya Watan (English: Cheers my Homeland). He applauded and laughed more than the present audience! However, the late Syrian president was certainly applauding for the success of the task entrusted to the play. In fact, he laughed at its poor audience, not with them.

Those plays of political orientation were merely a “popular comedy” given by regimes to distract their people. They were like painkillers to absorb people’s hidden anger and preventing them from turning into violence directed to the regimes. In other words, those shows were “nonsense”. As for the “rich political artistic meals”, they have been completely blocked. Their circulation among the people has become similar to circulating the political publications of opposition. People circulating them were at risk of ruining their lives. For instance, all of the writings of the late poet Nizar Qabbani were blocked all over the Arab world for publishing a poem. This poem “which is Hawamesh ala Daftar al-Naksah” (English: Margins of the Setback’s Notebook) was published after the June defeat!

Syria’s artistic products was not the exception of course. It is sad enough to say that the same applies to the various Arab countries. Art also played there the same roles without any significant difference. In Egypt, for example, the movie “Ehna Btoa el-Otobees” (English: We are those from the Bus) was produced in 1979. With stars like Adel Imam and Abdel Moneim Madbouly, the film addressed torture in prisons during the Nasser period – as if the Mubarak’s and Sadat’s eras were free of torture and prisons! The film ended with the revolt of the detainees after the 1967 defeat. Another example is the popular TV-series “Raafat el-Haggan”. This show narrated how the Egyptian intelligence planted an Egyptian spy inside Israel. Despite the series’ reliance on a real intelligence file, it was dramatically fabricated to plant numbness in the heads of those who watch them, making people proud of the same Egyptian intelligence that arrest and torture them in real life!

Endless examples of artworks reveal how Arab regimes tame art – specifically television drama – and turn it into a tool for transmitting political messages, mass mobilization, or venting social repression. This trick began decades ago and continues to this day. In other words, adopting the political visions and thoughts of the Arab regimes and prevailing them at the expense of drama’s aesthetic values and describing it as “commitment” is one factor behind Arab drama’ regression. It is not the other way around. Nowadays such a trick is obsolete for an audience that enjoys having modern communications and social media.

As for the rest of the factors causing drama regression, I will tackle this in another blog.

How Syrians Have Enriched Lebanon’s Artistic and Cultural Life
Some argue that the level of academic experience, techniques and skills that the Syrian artists brought with them was mu... 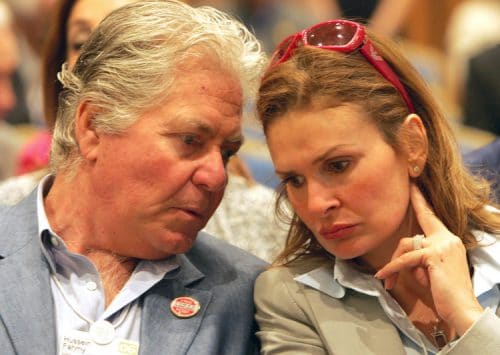 Actors Sign Petition Urging Egypt’s al-Sisi to Seek a Second Term as Elections Loom
Egyptian media have reported several times on actors signing the petition. Egypt Today, which is affiliated with the not... 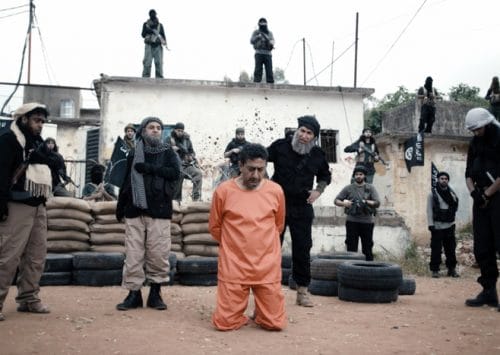 Make Laughs Not War: The Comedy Groups Fighting Islamic State with Humour
Many of the comedians producing anti-IS comedy say they have a political mission to combat the group’s message by poin...