At a time when international media speculated widely about a pending Israeli strike against Iranian nuclear facilities, the Israeli Armed Forces were busy preparing another operation, in order to destroy as much of Hamas as possible. Critics say that an additional goal was to show that the Israeli Armed Forces had learned sobering lessons from the bloody confrontation with Hezbollah in 2006.

As of the summer of 2008, a ceasefire had been in place. Hamas would cease its rocket attacks and in return Israel would lift the blockade of Gaza. As is so often the case in the region, this ceasefire was delicate. Hamas stopped firing homemade Qassam rockets from the Gaza Strip into Israel and Israel partly lifted the blockade, nevertheless keeping a firm grip on the movement of goods and persons to and from the Strip. Following a bloody Israeli air attack on 4 November 2008, Hamas was not prepared to renew the ceasefire after it expired on the 19th of December.

Air strikes began on Saturday morning, 27 December 2008, as Israeli Air Force jets attacked Hamas infrastructure in northern and central Gaza. The offensive caught Hamas off guard. According to Israeli statements, scores of Hamas operatives were killed in the initial bombing wave, along with civilians.

On the second day, the target list of the widening air offensive included, apart from the Hamas infrastructure, port facilities and police stations. Observers around the globe already wondered whether the military actions were a replay of the operations against Hezbollah in 2006.

After eight days, the Israeli cabinet approved a ground incursion into the Strip. On January 3rd, after a day of aerial shelling and artillery fire on Hamas strongholds in Gaza, Israeli infantry, backed by Israeli Air Force fighter jets, helicopter gunships and UAVs, entered the north of the Strip, with the declared mission of destroying Hamas infrastructure. The Israeli government approved an additional draft of thousands of reserve soldiers above the more than 6,000 that had already been mobilized shortly after the start of the operation.

According to a defence analyst in the American magazine Aviation Week, the tactics employed differed from those used against Hezbollah in 2006. ‘Following a week of precision bombing [sic], the ground campaign opened with three infantry brigade taskforces simultaneously entering the Gaza Strip from several directions. The infantry brigades approached their objectives from unexpected directions, avoiding previously used routes in which Hamas created booby trapped bunkers and tunnels.’ Basically, the Israeli Armed Forces sliced the Gaza Strip into small areas held by Hamas fighters. By slicing up the Strip the Israeli forces cut supply lines to Hamas from the tunnels in the south. As a result, these areas could be subdued more easily.

After 22 days of an unequal battle Israeli forces withdrew from the Gaza Strip (18 January 2009) and humanitarian convoys re-entered. In total around 1,400 Gazans were killed (80 percent of whom were civilians), against thirteen Israeli (mostly military personnel, several due to ‘friendly fire’). 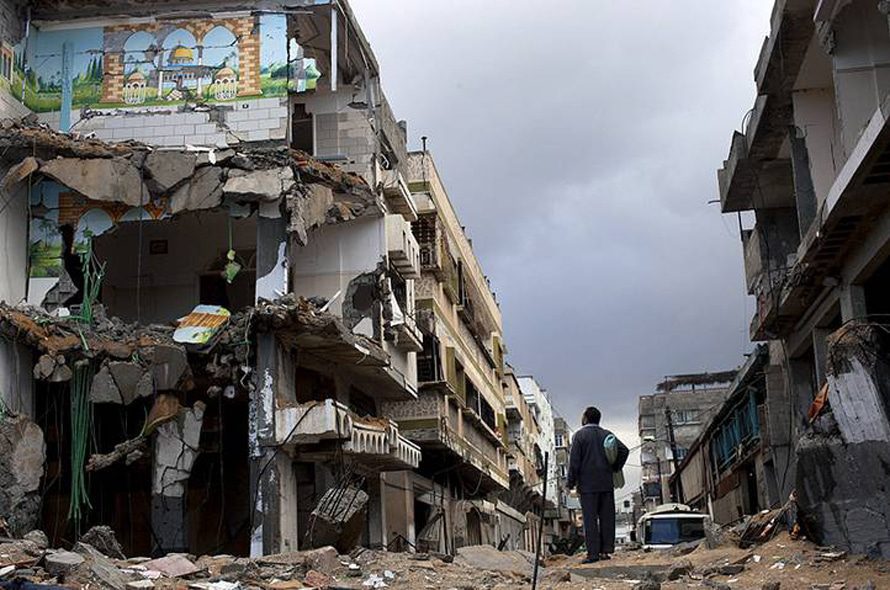 The Gaza War of 2012
In the afternoon of 14 November 2012, Israel launched its largest military campaign against the Gaza Strip since the inv...