Bahrain Carries Out First Executions Since 2010

At 3am on 15 January 2017, Bahrain executed by firing squad Ali al-Singace, 21, Abbas al-Samea, 27, and Sami Mushaima, 42, for killing three police officers in a 2014 bomb attack. Al-Singace, who was 18 at the time of the alleged crime, had been harassed by the Bahraini police since the age of 15, according to International Business Times. When he refused to work as an informant, he was savagely beaten. Al-Samea, a schoolteacher, had an alibi from the school where he taught. Mushaima, who was illiterate, had signed a confession document that he could not read. The three men were Shia and, although not politically active themselves, were from opposition families.

The executions were the first since the civil unrest in 2010. According to Amnesty International, Bahrain’s Court of Cassation upheld the death sentences less than a week before the executions. It also upheld life sentences against seven others and stripped eight of their citizenship. All of them had been charged in connection with the bombing. Joe Stork, Deputy Middle East Director at Human Rights Watch, stated that credible evidence shows that the men’s confessions were extracted under torture. Rupert Colville, spokesperson for the Office of the High Commissioner for Human Rights, expressed concern at the trials, asserting that “lawyers had not been given access to all the evidence against [the accused], nor allowed to cross-examine prosecution witnesses during court hearings”.

The executions sparked local outrage. Dozens of protestors clashed with police, blocking roads with burning tires, hurling firebombs and gasoline bombs. Security forces dispersed the protestors with tear gas and wounded several by firing buckshot. Overnight, furious men and women chanting shibboleths against the country’s ruling family, the al-Khalifa, marched through the streets of the village of Sanabis, home of the dead men. Sanabis is significant because of its proximity to the now iconic Pearl roundabout, in the capital Manama, which became the focal point of pro-democracy protests in 2011.

Further unrest followed, when Bahraini police carried out a raid against supporters of 75-year-old Shia cleric Sheikh Isa Qassim in the village of Diraz. Protesters had been staging sit-ins since authorities revoked the Qassim’s citizenship in June 2016. He is accused of illegal fundraising and money laundering. Two men are thought to have died in the skirmish, one from a gunshot wound and the other from alleged torture.

The events of recent weeks have also shown the regime’s willingness to imprison female activists. Since the beginning of the year 2017, at least seven women have been incarcerated, and their names and images broadcast in Bahraini media.

Middle East Eye reported that the United Kingdom’s Foreign Office is funding Bahrain’s parliament through a £2m project described by the Foreign Office as ‘technical assistance’ and by Middle East Eye as a ‘secretive aid fund’. Middle East Eye also identified the organization managing the project, despite the Foreign Office’s refusal to share it. The news portal indicated that ‘the project is run by the Westminster Foundation for Democracy (WFD), which lists senior MPs including Conservative Andrew Rosindell, former SNP leader Alex Salmond and Labour’s Margaret Hodge on its board’.

Reprieve, an international human rights organization, claims that the UK taught Bahrain’s police how to whitewash custody deaths; and The Guardian writes that whereas the UK government declares it is using the fund to ameliorate Bahrain’s judicial and police systems, ‘critics say the money has turned largely into a front so Britain can expand a naval base in Bahrain largely funded by Manama’. The construction of this base, the first prominent British naval base in Bahrain since 1971, began in November 2015.

International Business Times has called for British and American citizens to hold their politicians accountable for their relationship with the countries in the Gulf. It alleges that the Gulf offers business opportunities that are too lucrative for Western politicians to refuse, even if these come at the expense of their democratic principles and averred love of human rights.

However, Western governments’ relationship with the Gulf monarchies transcends mere business. Both parties share interlacing global fears (such as rising Muslim-based extremism and Iran’s desire to assert itself on the political stage) as well as national unrest triggered by the 2008 economic crisis. This has been augmented by the Arab Spring’s demands for more democracy and perpetuated by developments in social media and the internet at large (Anonymous, WikiLeaks, etc.).

In an interview with Shiite News, Lynn Maalouf, Deputy Director of Amnesty International’s Beirut office, said, “Bahrain is at a tipping point. The first two months of 2017 alone saw an alarming upsurge in arbitrary and abusive force by security forces as well as the first executions since the uprising in 2011.”

The unrest following January’s executions extended into February. On 20 February 2017, protestors marched near the house of Sheikh Isa Qassim. This time, they held up photographs of Abdullah al-Ajouz, 21, one of the activists killed this month. The Arabic-language Lualua TV Network claimed that his death was intentional, part of a seven-month bloody crackdown designed to send a clear message to both national and international Bahrainis that the regime is serious about exterminating its opponents ’politically, religiously and even socially’. 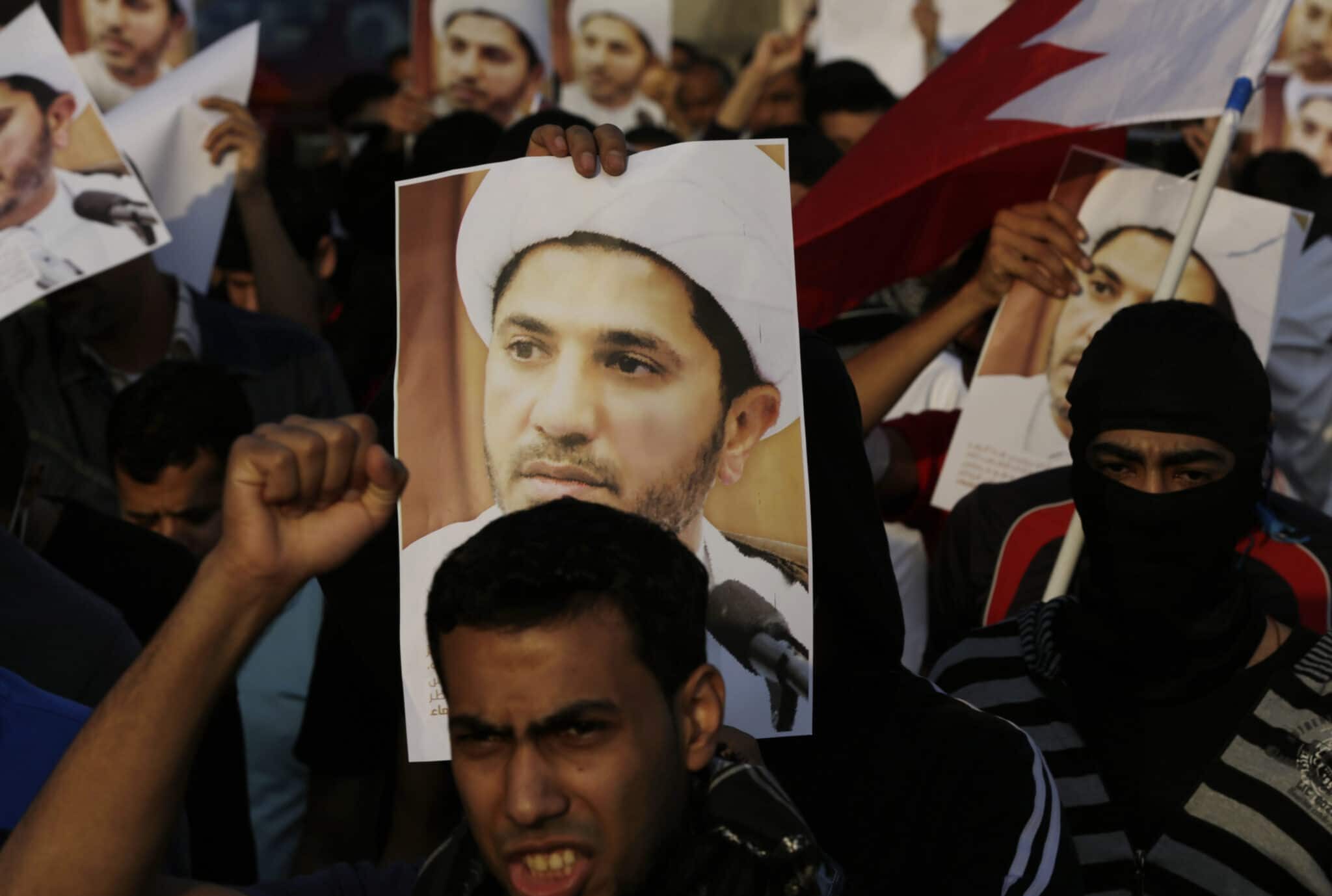 Bahrain Faces a Stalemate
During the final months of 2015, the situation in Bahrain was controlled with vigilance. There are few signs of a dialog...