Fanack Home / Corona and Crisis Countries: What is the Fate of People?!

Corona and Crisis Countries: What is the Fate of People?!

Covid-19 is the straw that broke the camel’s back for citizens of crisis countries who earn a daily income that ranges between $0.5 and $5. This means that they will not be able to secure their food needs if they stop working for more than a week or two. People escalated to express financial insecurity when doctors in their countries increasingly warned about the virus’s exponential growth and stressed the need to adhere to home quarantine. As a result, governments were gradually forced to stop the quarantine. For me, this was the first time these people enjoyed a democratic process.

For most citizens, the pandemic is like a siege between two deaths: either you die infected or starve to death due to quarantine. What worsened the situation was the lack of imposing adequate health instructions after canceling the quarantine by governments. The reason behind such an approach was that these governments had to provide citizens with financial aid to help them buy masks.

It is sad enough to say that the approach of these governments backfired. Hospitals were not able to provide medication to all patients. The number of infected people was blacked out. Even PCR-tests were monopolized and became an investment! Consequently, these peoples were deprived of the aid they would have received had the governments declared their complete inability to mitigate the disease. Had local doctors and nurses not been committed to voluntary interventions in the houses of the infected people, we would have witnessed thousands of deaths every day. Here I have to say that civil society played an important role, as it has been busy with collecting donations needed for securing medicines and medical devices.

Citizens of these countries firmly believe in conspiracy theories, starting from theories about the origin of the virus and ending with recently spread conspiracies about the vaccine. Ironically, those citizens neither have the luxury to accept or reject the vaccine as the vaccine is not available for them until this very moment. The tragedy repeats itself. The governments that previously concealed the numbers of infections did not make vigorous efforts to obtain the vaccine. That came for political considerations in the first place. While attacking the vaccine based on the manufacturing country and waiting for the mercy of political allies, peoples stand on the brink of the abyss. They did not even realize that a disaster is going to strike them.

According to Tedros Adhanom Ghebreyesus, Director-General of the WHO, the world is “on the brink of a catastrophic moral failure.” Developed countries did not provide the organization with vaccines to help the poorest countries. They are selfishly exploiting the vaccine and turning it into a tool to conceal economic and political deals as well, something that increases the complexity of WHO’s mission.

Using vaccines to settle political disputes has been witnessed in regions of conflict. Israel, which enjoys being one of the best countries in executing vaccination campaigns, tried to deprive the Gaza Strip and the West Bank of vaccines. Only international criticism prevented Israel from implementing its efforts in this regard!

A long time ago, the American ecologist Garrett Hardin came out with the famous lifeboat ethics. According to him, these ethics require sacrificing those with fewer chances of survival by throwing them into the sea. However, such an approach is for sure not applicable during the Covid-19 pandemic. If the vaccine does not reach one person in this world, it means that there is a hole in the boat. If we do not deal with the currently trending selfishness, we will be doomed. While studies on the effectiveness and side effects of vaccines are carried out continuously, none of us knows the price that the world will pay by throwing the poorest people into the sea.

It is not possible to predict the source of aid that will reach these people or to guess the first contributors. Some news popped out about commercial deals concealed with poor countries to secure getting the vaccine. This makes me feel that the price that the world will pay for restricting the use of the vaccine in elite countries is its humanity. 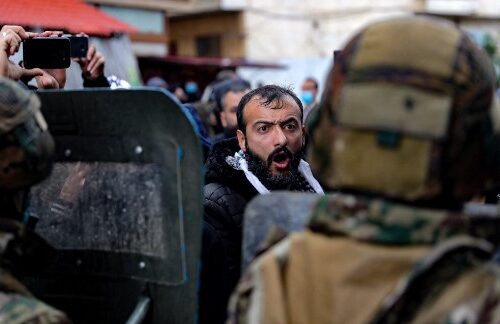 Lebanon in a Desperate Situation Emphasized by the Corona Pandemic
An even more critical socio-economical crisis has been blossoming at the same time of a surge of coronavirus cases in th... 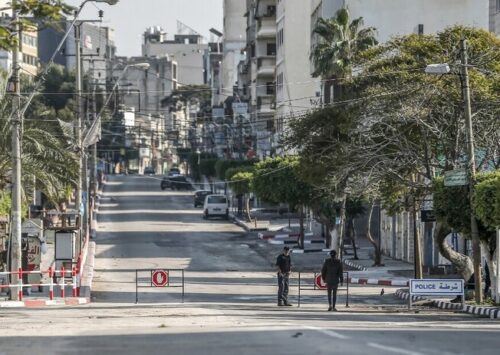 Palestine’s COVID Nightmare Scenario Has Arrived
The cost of the pandemic has been tremendous, ranging from 7 to 35% of GDP, depending on estimates while the World Bank ... 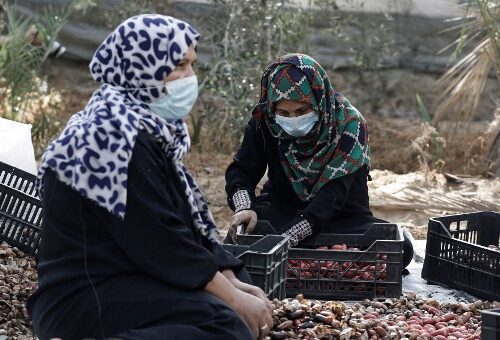 The Pandemic in the MENA Region, a Hardship But Also an Opportunity for Women
The outbreak of the pandemic has revealed the internal fractures of society, but also put women on the front lines while...