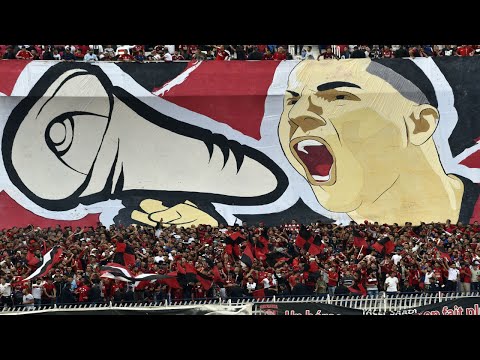 Corruption is rampant in Algeria. Sports in particular have become associated with corruption because of the huge sums of money involved.

Football is the most popular sport in Algeria, but one that has been marred by corruption in various forms. A BBC article published in September 2018 described how easy it is to fix matches. Bribery has become so common that there is a ‘price list’ for buying officials and players, depending on the importance of a game.

According to the same article, everyone knows how the system works. Although incidents of corruption are openly addressed by local media and club officials, the Algerian Football Federation has not taken action despite claiming to want to clean up the game.

According to Abdul Malek Qayed, coach of the Ligue Professionnelle 2 team RC Kouba, many of the officials of the rising rival teams and parties outside the game tried to contact his players to persuade them to lose matches. Other statements have been made by presidents and officials from sports clubs, such as Abdul Basit Zaeem, president of USM Annaba, who revealed in controversial press statements his involvement in match fixing to ensure his team qualified for the Ligue Professionnelle 2.

In a TV appearance on 25 March 2019, Mohamed Zerouti, president of the Ligue Professionnelle 1 team JS Saoura, accused local parties and officials in the youth and sports sector of corruption by exercising influence and exploiting jobs, basing his accusations on several documents. He also claimed that the appointment of Kheireddine Zetchi as president of the Algerian Football Federation was done in an illegitimate way. Zetchi was nominated by former Minister of Youth and Sports El Hadi Ould Ali rather than being elected, he said.

His allegations prompted the International Partnership Against Corruption in Sport to take legal action on several sports corruption cases, most important of which was the manner of Zetchi’s appointment. The investigation is still ongoing, and no results have been announced so far.

Also widespread is doping, especially cannabis and cocaine use. A January 2019 article on the Akhersaa news website said that all sports in Algeria are plagued by drug and steroid use, and that the phenomenon dates back to 2001. Olympic runner Saeed Sayaf was suspended by the International Association of Athletics Federations for two years for doping, a charge of which he was later cleared. Zahra Boras, Olympic female runner competing in the women’s 800 meters, and Arab Bordeh, an athlete specializing in decathlon, were also suspended for two years for steroid use just before the London Olympics in 2012.

Similarly, football has been implicated in several drug cases. Youssef Balaili, a former USM Alger player, was suspended for four years by the Confederation of African Football for using cocaine, and MC Algeria player Hisham Sherif el-Ouazzani was suspended for two years for taking the same prohibited substance.

In this context, Radwan Mouhaker, chairman of the National Anti-doping Committee, revealed that doping tests of 1.33 per cent of athletes who took them in 2016 were positive, which is higher than the global record estimated at 1.20 per cent. In its effort to minimize doping, Algeria is allocating significant sums of money to take samples and carry out analyses. For example, some $30,000 a week has been made available for the Ligue Professionnelle to conduct steroid tests on 64 players in each round.

Beyond football, the participation of Algerian sports delegations in various international events, such as the Olympic Games in Rio de Janeiro in 2016, has also come under scrutiny. The Olympics coincided with several media statements accusing Algerian sports officials of corruption, dishonesty and redirecting funds intended to support athletes.

Such accusations are generally ignored. As he received the returning Olympic delegation, former minister Ould Ali rejected calls for an investigation, confirming that Algeria’s participation in Rio had been comprehensively assessed and was positive and honourable.

Ould Ali’s statement was consistent with those made by Olympic Committee Chairman Mustafa Beraf and Ammar Brahmiah, head of the Algerian Olympic delegation. However, this seems to have been an attempt to absorb anger and criticism of Algeria’s disappointing participation.

In football, Algerian Football Federation President Zetchi also downplayed reports on match fixing, describing it as a global issue that is not unique to Algeria and saying that media reports of sports corruption were unfounded. He went on to argue that the Algerian Football Federation had not launched an investigation because of the lack of material evidence, and he called on any parties with evidence to submit it in order for legal action to be taken by the competent authorities.

With so many people benefitting financially from corruption, it is unlikely anyone will.