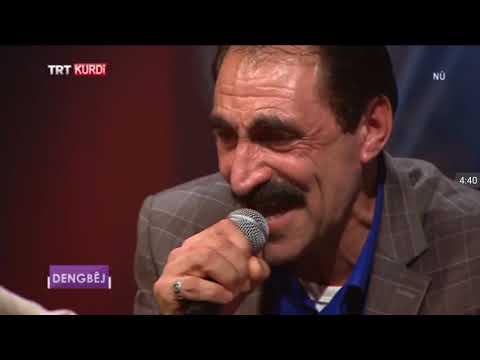 As one of the oldest cultural expressions in Mesopotamia, dengbej should be added to the UNESCO list of intangible cultural heritage. This is according to opera singer Pervin Chakar, who has started a petition to gather support for and raise awareness about the importance of dengbej, an ancient Kurdish storytelling tradition. Chakar, who is originally Kurdish, lives in Germany and performs all over Europe, told Fanack, “Collecting signatures is only part of the campaign. I want to cooperate with music and cultural institutes to make this happen.”

Dengbej’s real age is hard to determine, but it is certainly pre-Islamic. In the old days, dengbej singers would travel to towns and villages and share stories of love and death, struggle and politics. It was a way to keep people informed about events and developments in society but also to pass on historical stories and myths to next generations. Dengbej is, one could say, a key expression of the oral way in which Kurdish culture has always been kept alive. As Chakar put it, “Without the dengbej singers, maybe our culture would have vanished.”

Chakar grew up in the small town of Derik in Mardin province, south-east Turkey. Dengbej was part of her life, she said. “In my childhood, my grandfather always listened to the great dengbej singers on the radio or on his stereo. It was the same for many Kurds.”

It must have been risky for her grandfather because Chakar was a child in the 1980s. Kurdish culture has never been free in the history of the Turkish Republic, which was founded in 1923, but after the military coup of 1980, the suppression reached new levels. Just speaking Kurdish could land you in jail, let alone being involved in more active expressions of Kurdish culture, like dengbej. The situation did not improve until the turn of the century, when the Justice and Development Party (AKP), already led by now President Recep Tayyip Erdogan, first came to power.

The Kurdish movement took the opportunity to try to save dengbej – the art was dangerously close to extinction at the time, with mostly elderly men and a few elderly women still mastering the typical way of telling stories. The efforts were concentrated in Diyarbakir, the biggest Kurdish city in south-east Turkey, where in 2007 a dengbej house was opened, pictured here. It was located in the historical centre in a traditional building with a courtyard, built out of the black basalt stones that are so typical of the city. Weather allowing, at any time of the day, visitors can enter and will always find a few singers in the courtyard, or, on rainy days, in the traditionally furnished rooms inside.

Although the performers are referred to as ‘singers’, the style actually falls between reciting and singing. Typically, the dengbej singer keeps his – sometimes her – hand cupped behind his ear. When more dengbej singers are together, they usually take over each other’s stories. The stories being told can be old or more recent, but the best performers are expected to introduce new storylines as well, adding recent political developments into existing songs, or occasionally a joke. A proper dengbej session can easily take half an hour, an hour or even longer – singing through the night reportedly was no exception in the old days.

Based on the description of ‘intangible cultural heritage’ on UNESCO’s website, it seems unlikely that dengbej will not be recognized: such heritage encompasses traditions or living expressions inherited from ancestors and passed on to descendants, such as oral traditions, performing arts, social practices, rituals, festive events, knowledge and practices concerning nature and the universe or the knowledge and skills to produce traditional crafts. A more detailed description states that intangible heritage is, among others, ‘traditional, contemporary and living at the same time’ and ‘community based’. In other words, the community itself must recognize the tradition as its heritage and this cannot be imposed by anybody outside the community.

There is a difficulty though: only states can officially request that a heritage be added to the UNESCO list. In its early days, the ruling AKP may have given Kurdish culture some leeway, but many of these ‘freedoms’ have since been rescinded. This is due to renewed violence in the region since 2015, when a three-year ‘peace process’ came to an end. This also affected the district of Sur, where the dengbej house is located. Although the house is still standing and functioning, the earlier spirit of reviving Kurdish culture waned.

It should be noted that the Diyarbakir Fortress and Hevsel Gardens were added to the UNESCO list of cultural heritage in 2015. However, the fortress and gardens are not particularly Kurdish but a reflection of the cultural and religious diversity that marks the region’s history. Dengbej is not just intangible heritage but explicitly Kurdish heritage too, and it has always had a political side – many songs testify to the Kurdish struggle.

A check of the list of intangible cultural heritage shows that, so far, all entries from Turkey are connected to Turkish culture, except Newroz, a spring festival celebrated across Western Asia. It seems unlikely that Turkey will in the short term show any interest in promoting dengbej to UNESCO. Chakar is aware of this but says that her petition is strictly apolitical and that she intends to speak to state institutions about its goal.

She is now focusing on the first steps of the long process: besides the petitions, she is trying to establish links with cultural foundations and artists that would be interested in promoting dengbej as well, to build a coalition that is as big as possible, supported by as many citizens as she can reach. “I do this with my heart, and I hope others will join. We all love dengbej culture,” she said.