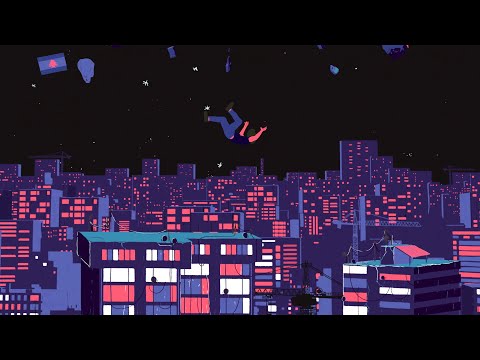 In the winter of 2008, a group of AUB (American University of Beirut) students got together for an informal jam session. Little did they know that it would be the start of a musical powerhouse that continues to challenge political and social taboos in a region burdened by traditionalism.

The jam session was the idea of Andre Chedid, a guitarist, Omaya Malaeb, a pianist, and Haig Papazian, a violinist, who posted an open call for other students/musicians to join them in musically venting their social and political frustrations.

With the country stuck in political deadlock, a vacant presidential seat and ongoing protests orchestrated by opposition groups against the government, Beirut seemed like a ticking time bomb. However, of the 12 people who responded to the open call, seven would remain and form Mashrou’ Leila, a band on a mission.

Mashrou’ Leila had their first taste of success during the annual AUB outdoor event. Held on the campus overlooking the Mediterranean, it attracts people from all over the country who come to enjoy food and games organized by AUB students and the live show in the evening. Mashrou’ Leila were the only band on the lineup that composed and performed their own songs. Following the event, the band accepted a couple of gigs before finally emerging onto Lebanon’s music scene at the 2008 Fête de la Musique in Beirut, sparking controversy for their unabashed songs about love, sexuality and politics.

However, the band’s biggest breakthrough came when they were awarded both the jury and popular awards, in part thanks to the single ‘Raksit Leila’ (Leila’s Dance), at the Radio Liban Modern Music Contest in March 2009. The first prize was a record deal.

The catalyst for the band’s fast track to fandom lay in their strong lyrics and distinct approach to storytelling and orchestration. Furthermore, in a country riddled with civil war trauma, a sluggish economy, corruption and a patronage system that sharply slices through society, the young generation found solace in the band’s attempts to address societal problems related to daily life in Beirut. The band write lyrics that concern LGBTQ rights, political freedoms, race, religion and modern Arabic identity.

Their fourth and most recent album Ibn El Leil (Son of the Night) was released on 28 November 2015 at the Barbican in London, with live broadcasting on MTV Lebanon available to the entire world. “In the seven years since Mashrou’ Leila formed at the American University of Beirut, the quintet have won comparisons to everyone from Arctic Monkeys and Radiohead to Roxy Music and Wild Beasts,” wrote journalist Maddy Costa in her Guardian piece covering the event.

One of the prominent songs on the album is ‘Maghawir’, a name given to the Special Forces division of the Lebanese army. The song was penned in response to two shootings in Lebanon earlier that year, which killed two young people, both of whom had been out celebrating their birthday.

Besides criticizing the violence and gun ownership in the country, the song also makes a point of addressing gender. Lebanese men are taught to conform at a young age, marrying their militarized masculinity with a list of gendered provisions for the preservation of so-called ‘male honour’. As alluded to in the song, both victims were shot dead in retaliation for the assailants thinking their pride or masculinity had been publicly compromised when their girlfriends were approached by a stranger at a nightclub.

As mentioned earlier, Mashrou’ Leila are a band on a mission to instigate change, with a lead singer who is openly gay and songs tackling taboos that very few other Arab musicians have explored. The band faced their first major retribution in April 2016, when Jordanian officials banned them from performing at Amman’s amphitheatre. The band were unofficially informed that they would never be allowed to play anywhere in Jordan due to their political and religious beliefs and endorsement of gender equality and sexual freedom.

As Jordan is considered a relatively liberal Arab country, its ban raises questions about the shrinking arena in which the band may be able to operate in the future. Yet it also serves as an acknowledgment of their work, which is clearly challenging social norms around the region.

In such turbulent times, the likes of Mashrou’ Leila, its music and lyrics remain a healthy escape for many dreamers of tolerance and acceptance in the Arab world.