Since June 2019, Netflix’s first Arabic series “Jinn” has sparked an outcry in the Kingdom of Jordan, underscoring a significant cultural divide between conservative and more progressive segments of Jordanian society. On-screen kissing and explicitly foul language have centered the debate around the show’s “morality”.

Released on the online streaming platform more than a month ago, this production depicts a group of well-off teenagers from West Amman who go to Petra on a high-school trip and accidentally summon jinns.

In pre-Islamic and Islamic mythology, jinns are amorphous creatures made of fire and air who can take the shape of humans and animals alike. As supernatural spirits, they are neither inherently evil or good, but sway between both and can help and protect human beings – or hurt them. The “Jinn” Netflix show combines the fantasy genre with conventional topics often found in Western teen dramas such as love, sexuality, school bullying, drugs and alcohol.

The script was written by the brothers Elan and Rajeev Dassani, both born and raised in the USA, and the cast was directed by Lebanese Mir-Jean Bou Chaaya and Jordanian Amin Matalqa.

Since its release, the series has come under fire from critics who have denounced what they perceived as the show’s blatant inadequacy with Jordan’s traditions and values. Grand Mufti of Jordan Mohammed Khalaileh described it as a “moral breakdown that does not represent the habits and morals of Jordanians”, adding it was contrary to “Islamic precepts”. 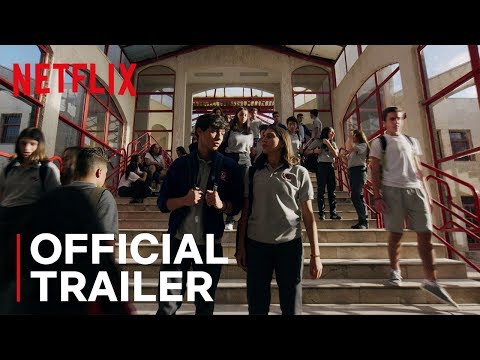 The Muslim Brotherhood’s Council of Islamic Scholars issued a press release condemning “Jinn’s” promoters and describing the series as a “crime” inciting the “wrath of God”.

The Parliamentary Committee of Media and National Guidance portrayed the show as “immoral” and not in line with Jordan’s customs and traditions.

Similarly, the Authority of the Petra Region issued a statement in which it presented the series’ content as contrary to Jordanian culture.

Jordan’s prosecution office has even asked the Ministry of Interior’s cybercrimes department to halt the broadcast of the series due to its “immoral scenes”.

“Religion is put forth but in fact it is all about socially conservative values” Ayman Mhanna, executive director of the Beirut-based Skeyes center, told Fanack. The center monitors violations against press and cultural freedoms in Lebanon, Syria, Palestine and Jordan.

The Royal Film Commission (RFC), which is a financially and administratively autonomous government body, has been vilified for encouraging the facilitation of the series’ filming. In response, the RFC issued a statement via its social media accounts to clarify its role, which “consists in encouraging local productions, attracting foreign productions and facilitating production in general”. The statement also said that the RFC has “no censorship prerogatives”.

A quick delve into IMDb users’ reviews of the series seems to confirm that many perceive the show as unrepresentative of their everyday lives. One review argues that the characters “are from rich families who live out of Jordan and not from conservative families, although most of our families in Jordan are conservatives and against this series. […] We don’t have something called ‘relationship with a girlfriend’ as those actors have. We don’t have girls talking these bad words and swearing like that. Our religion, culture and traditions are against these behaviors”.

Some people, on the other hand, disregarded the series’ adequacy with “morality” but instead castigated its superficial depiction of Jordan by showing a group of wealthy teenagers to whom most people cannot relate. In their view, the complexity of the Jordanian social fabric is completely erased and instead the show appears as a pale copy of any American teen drama but played in Arabic and by a Jordanian cast, which itself struggles to give depth to their characters. The script itself has been criticized for being poorly written and seemingly translated from English.

On social media however, many users sarcastically noted the hypocrisy behind the attacks against the show: “Someone explain the logic behind people criticizing Jinn a month after watching the finale of Game of Thrones” read one tweet, implicitly referring to the disproportionate reactions raised by “Jinn” when other productions with cruder content but set in other countries do not provoke such an uproar. “Whether in Jordan or in other Middle Eastern countries, series tackling relationships among youngsters, using crude language, are not very common. The few that address these issues have a very paternalistic tone, trying to ‘raise awareness’ on social issues like drugs or intolerance. People tend to accept explicit content as long as it does not reflect their own society”,d Mhanna explained.

For the journalist Daoud Kuttab, “Jinn” has exposed “two worrisome facts”. On the one hand, he wrote on news website Byline, many people in Jordan “are living in denial”, ignoring the experiences of their children and youth in general. On the other hand, many who usually remain quiet about TV programs or movies that show “sexually suggestive acts” are reluctant to accept similar products “when the participants are Jordanians”. He also highlighted the difference in the treatment reserved to the female characters who “received much more criticism than male characters as if the kissing scene didn’t occur between two people!”.

Regardless of the series’ qualitative content, some activists positioned themselves against censorship. Nidal Mansour, the Director of the Center for Defending Freedom of Journalists took a stance on his Facebook page, posting that he supports “freedom of expression, artistic production and creativity” and refuses “any form of censorship on them”, adding that “moralistic positions are debatable and relative”.

According to Ayman Mhanna, it is hard to quantify the amount of censorship in Jordan as “self-censorship is very present”. “Journalists, writers, and artists know the red lines not to cross, whether religious, social or political. There is a long list of topics that people understand they better not address for fear of pressure or reprisal. Very often, calls for censorship come from very conservative segments of the society and authorities often yield to their pressure,” he told Fanack.

According to research firm IHS Markit, Netflix’s market in the Arab world is rather small, with only 1.8 million paying subscribers. Yet in 2018 the business increased by 45%, which may explain why the company has decided to invest in original programming instead of solely offering foreign productions.

However, Netflix’s controversial debut in Jordan raises the issue of selling culturally-adapted products in the region. Upcoming Netflix releases, the Jordanian show Al Rawabi School for Girls and the Egyptian series Paranormal, will either confirm or counter the trends observed in the wake of “Jinn”’s release and the following polemic.

Netflix has already faced obstacles related to heavy limitations on freedom of expression in the Arab world. A case in point ist the events of January 2019, when an episode of “Patriot Act With Hasan Minhaj” was removed by the company in Saudi Arabia after the authorities complained about the show, which criticized the war on Yemen and discussed the 2018 assassination of Saudi journalist Jamal Khashoggi in Turkey.

On the whole, “Jinn” perfectly illustrates how negative reviews may propel a program to fame. For Ayman Mhanna, “those who wanted to censor ‘Jinn’ have in a way shot themselves in the foot by creating more hype and publicity around the series”.