Rap, hip hop and trap are hugely celebrated in Morocco. Its political undertones may make it an organic platform for women in Morocco wanting to stick two fingers up to the patriarchy. Some say, though, that it’s not all about social messaging and that social media is now dictating the music direction. Success thus depends on getting your strategy right.

Moroccan hip-hop is easily one of the most popular genres of music for Morocco’s youth.

It’s been around in some form since the 1980s and has to some degree been influenced by American trends, but that’s not to say a unique brand of hip hop isn’t emerging in the country, marked with the Gnawa rhythms of North Africa, Sufi poetic traditions and African percussion.

According to Narjess Bahhar who was the MENA project manager for music streaming platform Deezer, the rap scene in Morocco has formed its own style based on what came before it and continues to evolve from the influences around it.

As technology has advanced, rap’s popularity has only spread with a boom seen around 2015.

That’s how the newcomer, Houda Abouz, landed on the scene. Featuring in a YouTube sensation called “Hors Serie” with heavyweights Elgrande Toto, Don Bigg and Draganov, she has racked up along with her co-lyricists 19 million views and counting since the video’s release in January 2020. 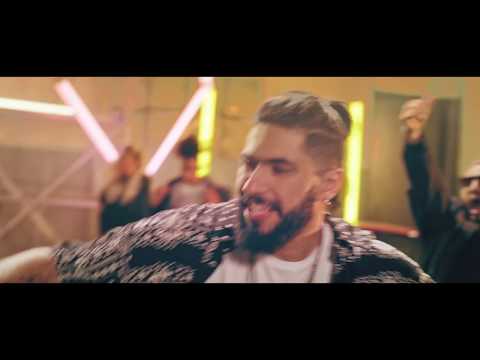 Performing under the name Khtek meaning “Your sister” (an apparent curse in the Moroccan dialect), the 24-year-old student from Tetouan launched her debut solo single “KickOff” a month later.

News outlet Reuters recently interviewed the artist and song-writer where she revealed it was not just her name that is controversial but also her explicit lyrics:

“Badass, I survived war, drugs, craziness and love. Many things did not work out because we are ladies in the country of the dick.” 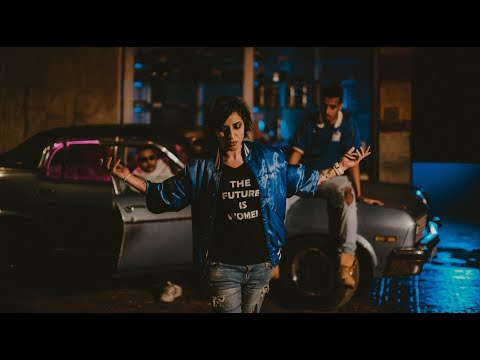 Abouz isn’t the only woman breaking into an otherwise male-dominated scene.

Manal is a female rapper said to be “changing the game” and has helped pave the way for other female artists to get easier access to hip hop.

“Once I started doing rap, a lot of people were shocked. For those in Morocco, rap is for men, not women. I think all the criticism just made me be a stronger person”, she told streaming platform Spotify earlier this year.

Her song Slay has been viewed almost 50 million times on YouTube.

Krtas’Nssa and MC iLY are other female rappers that have broken through hip hop’s glass ceiling. And yes, some of them are rapping against the patriarchy.

“I write better than you, though you think I’m just a girl”, spits Abouz in KickOff.

Manal, as well, says she tackles issues she feels are important through hip hop, such as sexual harassment and gender stereotypes.

However, Amine Ghoulidi, a researcher at King’s College London who has looked at social media phenomenon, says any difference in issues tackled in the genre is more along generational lines than gender ones.

Wanting to compile verses on issues that matter for Manal made hip hop a more natural vehicle for her music than say pop music or soul, she has said.

It’s a common theme in the national iteration of the music to speak on politics and social justice, as long as it doesn’t cross the red lines the state deems beyond the acceptability of free speech.

L’Gnawi, a rapper from Salé, learned that lesson the hard way when he was imprisoned after releasing a viral track in which he criticised the police, the king, and the social conditions affecting Moroccan youth. His track gained 13 million views on YouTube.

Many say the authorities made an example of him.

Not everyone is down for political hip hop, however, and more artists are looking beyond politics to win the audience’s hearts and minds.

“The current trend is not to pass a message through rap, nobody cares about that anymore”, artist Lmoutchou told Fanack.

“What the audience wants is ‘trap, comedy, punch line'”.

MC iLY is actually made waves in the North African Kingdom focusing on the harsher form of rap called Trap, which is now one of the most streamed musical styles in Morocco, nicknamed Turab – a hybrid term between trap and ‘to rap’ that translates to ‘soil’ in Arabic.

Trap music is defined by its gritty content and subdued ambiance, which, although borne underground in Atlanta, Georgia, has seen its popularity spread across the North Atlantic ocean to thrive in Maghrebi cities like Meknes, Fes and Casablanca, through little more than the internet and free streaming platforms like YouTube and SoundCloud.

According to 2020 data, 64 percent of Moroccans are online, spending an average three hours surfing the web daily, with each internet user having around 5.5 social media accounts each.

That is why female hip hop artists have become more visible in the last few years, who, with social media, can now weigh in on a historically male-dominated arena.

“No more gatekeepers. It’s you, your talent, and quite frankly, your ability to game the social media algorithms”, Ghoulidi tells Fanack.

Ghoulidi argues it’s the social media ecosystem that matters more than the actual music to determine how popular or how much buzz a new song might get.

“Many female rappers have no problem openly “behaving” like their male peers and sharing their lives online, which generates controversy and debate”, says Ghoulidi.

“And it’s beyond rap — if anything, social media projects the startling diversity of Moroccan society”.

Manal thinks it will take more than talent, message and tech, however, to move forward in the rap game, it will take solidarity, she says:

“The thing we need more of is just helping each other out. I think that if we had more communication and more love between female artists, we’d all express ourselves more. At the end of the day, it’s music, it’s art, and it’s sharing messages”.