Hip-hop exploded in Libya during the uprising in 2011 that overthrew long-time dictator Muammar Qaddafi. Inspired by the fervour of the revolution, rappers produced beats, rhymes and insults that young Libyans soon blasted from car speakers in popular protests.

For Libyans, listening to rap music was an act of rebellion. Under Qaddafi, local rap was banned from government radio stations and musicians were wary of criticizing the regime. But some artists, like the UK-based rapper Ibn Thabit, did it anyway.

Khaled Mattawa, a Libyan poet and activist, wrote in The Daily Beast that Thabit deserved credit for releasing pro-revolution songs prior to the uprising. He also noted that Libya’s revolutionary music, in all its diversity and abundance, marked the beginning of a new era for Libyan cultural production. And rap’s confrontational and unapologetic nature led the charge.

One of Thabit’s most daring tracks, which was released after Tunisian dictator Zine al-Abidine Ben Ali was ousted from power on 14 January 2011, pondered whether a revolution would erupt in Libya. It did, of course, although Libya’s struggle would prove far bloodier than the ones that transpired in Tunisia or in Egypt.

Hip-hop was nevertheless on the frontlines as the country descended into civil war. Politically charged songs, now free from the chains of censorship, blasted over the airwaves of opposition radio stations. Their lyrics inspired demonstrators and poorly trained rebel units in their quest to defeat Qaddafi’s forces.

Mohammad al-Houni, who was 17 years old at the time of the uprising, was one of many young rappers calling for freedom and change in his music. He rapped about corruption and government brutality, while dedicating some of his songs to the families of inmates in Abu Salim prison.

On 28 June 1996, more than 1,200 inmates were rounded up and shot dead in the prison courtyard for rioting for better conditions. The families of those murdered were never told what happened. “Music encouraged people, it was a big motivator in the revolution,” al-Houni told Reuters. “[We] were fighting with our microphones.”

The euphoria of the revolution did not last long after Qaddafi was captured and killed in October 2011. Though free from the regime, Libyans were now at the mercy of militias who refused to disarm. Civil society activists and politicians were particularly at risk of being kidnapped and killed for speaking out against militias.

But the Libyan youth refused to back down, including a new generation of local hip-hop artists. In 2012, a group of young rappers launched a radio station called Radio Zone. One of the artists, who goes by the rap name Pixie, told National Public Radio (NPR) that he enjoys writing lyrics criticizing the gangster behaviour of Libyan militias. At the time, he was writing for 13-year-old Yousef al-Shembani, whose father Nabil owns Radio Zone. Yousef became a star after rapping a song called ‘We Want to Live in Freedom’ that his father wrote for him.

Ali al-Abbar, who was in charge of musical programming at Radio Zone, also told NPR that he was working closely with Pixie to try to spread their message through music. The two believed that the youth would be more receptive to learning about democracy through rap music than listening to lectures over the air. Although the station received threats to discontinue their programmes – one of the employees was even kidnapped – it refused to give in. “Before, we were controlled [by Qaddafi’s regime],” al-Abbar told NPR. “But now we can do whatever we want.”

That statement did not prove true for long. In September 2017, rapper Youssef Ramadan Said, aka MC Swat, paid a smuggler and boarded a boat near the capital Tripoli. When he arrived in Italy, dehydrated and exhausted, he told reporters why he had fled.

Libya, he said, had become too dangerous for him to speak his mind. Although he was celebrated for his song ‘Haydee Sowra’ (‘this is revolution’), he quickly fell out of favour with the militias he criticized. He was particularly disliked in Benghazi after releasing the 2013 track ‘Benghazistan’, which riled militias who were assassinating prominent figures and terrorizing civilians.

Despite his condemnation of Salafi jihadist groups, MC Swat did not throw his support behind strongman Khalifa Haftar after his self-declared Libyan National Army (LNA) launched a campaign called ‘Operation Dignity in 2014’. The stated intention of Haftar’s campaign was to ‘cleanse’ Libya of Islamists. The smearing rhetoric, however, may have emboldened Islamist and terrorist groups rather than weakened them.

All the while, MC Swat believed he was a target for neither siding with the LNA or the groups that opposed Haftar. Fearing for his life, he said, he first fled Benghazi for Tripoli but still did not feel safe.

“No matter where I went, I felt at risk,” he told the Guardian, after landing in Europe. “I got many threats on social media or through intermediaries. People kept asking, ‘Which side are you on?’”

Other rappers have managed to keep producing music in Libya amid the chaos. Adam Benkato, who researches the evolution of Libyan hip-hop at The Free University of Berlin, told Fanack Chronicle that he believes some rappers have made compromising decisions to keep making music. He cites the example of Ahmed Alshafee, an artist from Benghazi who used to rap about social justice shortly after the revolution but adopted a more gangster aesthetic in his last video.

“I’m trying to find out how these rappers are surviving. And in some of these videos I see lots of motorcycles and weapons, and I wonder where their material support is coming from,” Benkato said over the phone.

Some of that support could be coming from the LNA. Black Tiger, who is also from Benghazi, is just one of a handful of rappers who have praised Haftar’s forces. In one video, called ‘Soldiers of Benghazi’, he can be seen wearing a military uniform while standing in front of men with ski masks holding heavy artillery.

The changing emphasis from social justice to gangsterism suggests that Libyan rap music has followed a similar trajectory as the uprising. In a country ruled by the gun, narcissism and propaganda now sound louder than the truth. 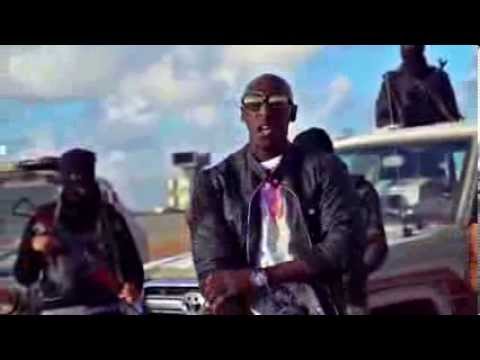