Music was an integral part of life in the Hijaz region, now Saudi Arabia, and the Arabian Peninsula for centuries throughout the pre-Islamic and Islamic era before encountering the hard-line policies of the so-called Islamic Awakening in the 20th century. This followed the authorities’ support for religious militancy after the seizure of the Grand Mosque in Mecca by a group of extremists in 1979 and the outbreak of the Soviet-Afghan war the same year. This religious militancy continued until King Salman ibn Abdel Aziz assumed power in 2015 and Mohammed bin Salman was appointed crown prince, allowing music to sweep Saudi society again.

Most historians agree that music and singing had a long history before the advent of Islam. English music historian Peter Crossley Holland notes that the centuries before Christ witnessed an artistic flourishing that influenced the neighbouring peoples, as evidenced by the fact that the names of many old musical instruments have Arabic origins that were later adopted by other languages around the world. These instruments include the drum, daf (a large frame drum) and flute.

Other historians note that the Jarham tribe played a significant role in the emergence and spread of art and culture in the Hijaz as a result of peaceful mingling with neighbouring peoples such as the al-Hirah (Iraq), the Ghassanids (Syria), the Persians (Iran) and the Romans through trade or during times of war. Historian and poet Ibn Abd Rabbo al-Andalusi pointed out that music was widespread in Arab villages in Medina, Taif, Khybar, Wadi al-Qura, Dawmat al-Jandal and al-Yamama, where most religious rituals were accompanied by music and singing.

Music evolved significantly before Islam, an evolution accompanied by a proliferation in the number and sophistication of musical instruments. There were string instruments such as the al-Barbat, al-Mizhir, kiran, mizifah, rababah, tanbur and air-inflated instruments such as qassaba, shabbabah, the flute and the bagpipe. Songs and chants were part of the hajj rituals before Islam. The most famous of these is ‘We are the Crows of Ak’, which was sung by delegations of the Ak tribe from Yemen. The song’s title refers to the tribe’s slaves, who were called ‘crows’ due to their dark skin.

The slaves would sing the first line of the song ‘We are the Crows of Ak’ and the rest of the delegation would respond by singing ‘Ak comes so submissive’. 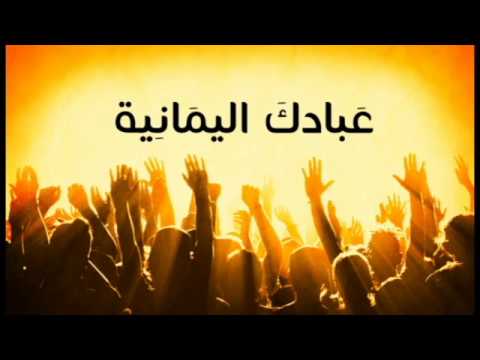 The advent of Islam put a stop to many musical and lyrical rituals. However, some tribes continued to perform them during the wars against the Muslims. In addition, the people of Medina received the Prophet Muhammad and his companions, who fled from Mecca to escape persecution, with music and songs.

Several hadiths cite the Prophet referring to music and singing. According to Bahaa al-Din al-Abshahi in his book The Exquisite in Every Appealing Art, the Prophet asked his wife Aisha after a wedding, “Have you sent the girl to her husband?” When Aisha said yes, the Prophet asked, “Have you sent along someone to sing?” Aisha said, “No.” The Prophet said, “Did you not know that the al-Ansar [local inhabitants of Medina] like ghazal [a poetic expression of feelings]? Will you send along someone to say: ‘Here we are coming; here we are coming; we salute you; we salute you; and we would not have come to you unless we had wanted your tanned beautiful woman [as a wife]’.”

Many singers and musicians in the Hijaz in the early centuries of Islam have made it into the history books, the most famous of which is Isa ibn Abdullah al-Madani, better known as Tuwais (632 CE), who was the first to sing in Arabic in Medina. Well-known female singers include Jamila, Mullat ibn Salim and Basbas, a maid who worked for a man named Yahya ibn Nafis.

In the 20th century, Saudi Arabi witnessed a musical renaissance that peaked in the 1960s thanks to the launch of Saudi television in 1965. What is remarkable about this renaissance is that it was instigated by Tarek Abdel Hakim, an officer in the artillery unit who was fond of art and music. Prince Mansour ibn Abdul Aziz, then minister of defence, sent Abdel Hakim to Egypt to study music with the instructions, “Go and take the opportunity and learn music in Egypt, because there will come a day when you will retire and won’t sell artillery.”

Abdel Hakim spent years in Egypt studying the music of famous musicians such as Ahmed al-Hafnawi, Abdel Fattah Mansi and Ahmed Atiya. After returning to Riyadh in the 1940s, he established the first military orchestra and later the Army Music Institute, which solicited the expertise of Arab musicians from Syria, Lebanon and Egypt.

Among the best known names to emerge during this period were Tuhah, Salihah Hamdiyah, Ibtisam Lotfi, Safia Libbanah, Karama Saleh Sultan, Amina Adaniyah, Fawzi Muhson, Abdullah Mohammed and Mohammed Ali Sindi. This was in addition to female musicians such as Aisha Zaidia and Fatima al-Lai, who were famous for playing various musical instruments. 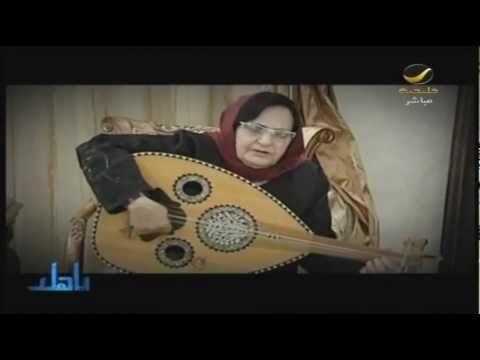 A number of powerful social and political changes in 1979 saw the beginning of the demise of that musical era. In November of that year, armed militants led by Juhayman al-Otaibi, a former policeman with the Saudi National Guard, seized the sanctuary of the Grand Mosque in Mecca and announced that one of their members, Mohammed Abdullah al-Qahtani, was the Mahdi (a prophesized redeemer of Islam). They demanded that Muslims obey al-Qahtani and held pilgrims hostage inside the sanctuary for two weeks. Hundreds of people died.

This was preceded by the Iranian Revolution and followed by the Russian intervention in Afghanistan. These two incidents contributed to the emergence of the radical religious trend in Saudi Arabia and the Islamic Awakening, which banned music, singing and entertainment and forced cinemas and theatres to close.

In an article for Okaz newspaper, Saudi writer Abdu Khal wrote, ‘Before Juhayman, life was normal and after that there was a long history of militancy; singing instruments were broken; and the people started to hear the religious police shouting “God is great” while breaking the flutes. Juhayman’s messages spread very fast, and darkness was everywhere…. A storm of taboos…combined to turn society into a place prohibiting all activities of life.”

Since 2015, King Salman ibn Abdel Aziz’s ascension to the throne and Crown Prince Mohammed bin Salman’s modernization drive have seen restrictions on art and music eased. In 2016, the General Entertainment Authority was established to host regular musical events and concerts with the aim of revitalizing the kingdom’s musical heritage after a break of nearly 40 years.