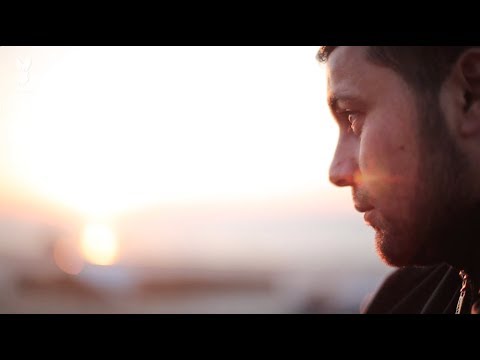 Since April 2017, the West Bank-based Palestinian Authority (PA) has carried out a series of punitive measures aimed at forcing Hamas, which wrested the Gaza Strip from forces loyal to President Mahmoud Abbas in 2007, to cede control. However, critics say the measures have served only to worsen conditions for Gaza’s inhabitants, who are already facing a humanitarian catastrophe as a result of a decade-long blockade and three Israeli wars. In 2015, the UN released a report warning that the enclave could become uninhabitable by 2020.

Who is really being hurt?

In July 2017, Abbas dismissed more than 6,000 employees working in health, education and other public sectors in Gaza, by sending them into early retirement. This followed an earlier decision to cut the salaries of the around 50,000 PA employees in the enclave by more than 30 per cent.

In a statement, the PA sought to justify the cuts as ‘the result of the financial siege imposed on the PA’, a reference to a significant decrease in international aid. The statement went on to explain the political motives behind the decision, namely the Hamas ‘rebellion against the Constitutional Court established by President Mahmoud Abbas and activation of the administrative committee to operate in the Gaza Strip as an alternative to the government’.

The PA also imposed a so-called ‘blue tax’ on industrial diesel intended for Gaza’s power plant. Unable to pay the taxes, the plant ran out of fuel in April 2017, leaving schools, hospitals and businesses only partly operational. Since the water supply to many households relies on electric pumps, many people are having difficulty washing, cooking and doing laundry.

In June 2017, Israel agreed to a request from the PA to reduce its electricity supply to Gaza, from 125 megawatts, or 30 per cent of Gaza’s total electricity needs, to 78 megawatts. Inhabitants now face just two to four hours of electricity a day.

Abbas hopes that if conditions get bad enough, Palestinians in Gaza will revolt against Hamas. This is difficult if not impossible for two reasons: half of Gaza’s population supports Hamas and the other half is afraid of it.

Gaza’s economy is on the ‘verge of collapse’, according to several international organizations including the World Bank. Poverty rates have risen to 65 per cent as a result of a decade of blockades, war and poor governance. Harsh economic conditions brought about by the blockade have also caused unemployment figures to rise to 47 per cent – the highest in the world – with youth unemployment as high as 65 per cent. As a result, food insecurity is widespread. One in two people is food insecure and one in three is so food insecure that they are dependent on foreign aid to meet their daily food requirements.

During the most recent war with Israel in July-August 2014, almost 10 per cent of Gaza’s factories were damaged or destroyed by Israeli shelling, according to the Palestinian Federation of Industries. Most other industrial plants halted production during the conflict, causing losses estimated at more than $70 million. FAO, the UN’s food and agriculture organization, said about 42,000 acres of farmland had sustained substantial direct damage and half of the poultry stock has been lost due to direct hits or a lack of care as access to farmlands along the border with Israel became impossible. More than 9 per cent of the annual fishing catch was also lost, it added.

Since Israeli planes shelled the power station in Gaza in mid-2006, and despite the station being repaired, the electricity crisis has not been resolved. The electricity sector has not been developed for more than a decade and population growth has put increasing pressure on the existing capacity. Gaza needs about 440 megawatts of electricity to meet daily demand. The power station and supply lines from Israel and Egypt together provide only half of that amount. In addition, the supply of industrial diesel from the West Bank is regularly stopped and the Egyptian line is not always reliable. In June 2017, Israel agreed to a request from the PA to reduce its electricity supply to Gaza, from 125 megawatts to 78 megawatts. Inhabitants now face just two to four hours of electricity a day. In combination with an extreme heat wave, several residents have described the current conditions as the worst they can remember.

Clean drinking water is projected to run out within four years. The general manager of the Coastal Municipalities Water Utility stated that since 2016, it has not been possible to bring clean water from Gaza’s only reservoir because it is empty. Further, 95 per cent of well water is saline due to overpumping , meaning only 5 per cent is still potable. Around half of Gaza’s inhabitants suffer from a water shortage. Efforts to reduce this deficit, which is estimated to be around 100 million cubic metres (MCM) annually, include installing additional desalination plants (current capacity stands at 55MCM), sewage water treatment for agricultural use and rainwater harvesting.

Untreated sewage and waste water pumped into the sea have made half of Gaza’s beaches unfit for recreational purposes, according to the local Environment Quality Authority. In a statement, the authority said that due to the ongoing power cuts, the sewage treatment plants cannot function and some 120,000 cubic metres of raw waste are being pumped into the sea every day. An official study showed that this is posing a serious risk to health and safety.

Gaza currently has three border crossings but is otherwise largely isolated from the outside world. The Beit Hanoun/Erez crossing is designated for individuals going to and from Israel and the West Bank. It is open for a few hours each day, during which time a few hundred people are allowed through, including staff of international organizations and some medical referrals. The Kerem Shalom crossing is for the import and export of goods. The main crossing for people is Rafah, between Gaza and Egypt, which opens for several days every few months for humanitarian crossings. The waiting list for the crossing stands at more than 20,000 people. Hundreds of thousands of Gazans have never left the territory.

Patients who cannot be adequately treated in Gazan hospitals are transferred for treatment elsewhere. Financial assistance from the PA and an Israeli travel permit are required for transfers to Israeli hospitals. This permit is extremely hard to get and only a small number of applications are approved. Jordan also accepts medical referrals, but Gazans require both a Jordanian permit and an Israeli permit as travel to Jordan is across Israeli territory. These are also hard to get. A final resort is Egypt. However, the almost permanent closure of the Rafah crossing makes this option largely theoretical.

On 18 June 2017, Hamas announced that a delegation led by newly appointed Gaza chief Yahya Sinwar had met with Egyptian officials in Cairo. Backed by the United Arab Emirates (UAE), Hamas said in a media briefing following the week-long trip that ‘understandings’ had been reached. These include a power-sharing deal with ousted Fatah leader and former rival Mohammad Dahlan, who lives in exile in the UAE. The objectives of the once-unthinkable alliance, which are expected to lead to the regular opening of the Rafah crossing and an easing of the crippling power outages, could further diminish Abbas’s influence in the territory. As part of the deal, Hamas also said it will increase its security measures on the border with Egypt and cooperate with Egypt on fighting jihadists in Sinai.

Among other issues discussed was social reconciliation between the families of Hamas and Fatah members who were killed during the civil war between both parties . In addition, the parties agreed to create a social solidarity fund and collect money from the UAE, which has agreed to provide $15 million a month, to help the poor in Gaza.

As the details of the deal are hammered out, Gazans are still waiting for their living conditions to improve.