Restricted Access to Agricultural Land in the Gaza Strip

As of June 2009, a total of 46 percent of agricultural land in the Gaza Strip was inaccessible or laying waste, following the destruction caused by the Israeli army and air force and the creation of a ‘security buffer zone’ along the northern and eastern border with Israel. According to a report by the UN Food and Agricultural Organization (FAO), the area inside the buffer zone makes up 29 percent of Gaza’s arable land.

Animal husbandry is concentrated in this zone, which contains several wells. Due to the Israeli restrictions farmers are unable to cultivate their land or pasture their flocks inside the buffer zone. Unable to provide sufficient natural food for their animals, they are forced to purchase animal fodder at almost unaffordable prices. Around 73 percent of the households near the buffer zone live below the poverty line, compared with 42 percent of the population in Gaza as a whole. 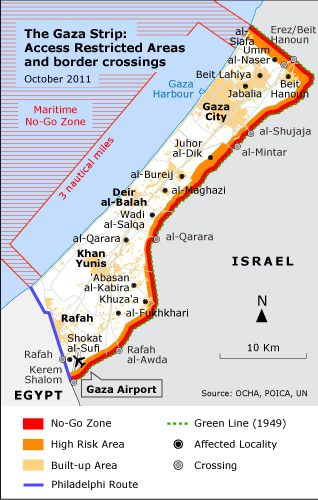