Since the Arab Spring uprisings in February 2011, defining the relationship between religion and the state has become central to the struggle over Egypt’s political transformation. Religion is a part of the educational curriculum and broadcasting; most mosques in the country are state-owned and managed through the Ministry of Religious Affairs; and an institution known as Dar al-Ifta issues fatwas (interpretations of Islamic law) for official actors when requested.

But perhaps the crucial – and certainly the most prestigious – element in the state-religion complex is al-Azhar University. Al-Azhar was founded in 970 CE, in the capital Cairo, by the Fatimid dynasty – specifically by the Ismaili Shia sect of it. Associated with the al-Azhar Mosque, it is Egypt’s oldest degree-granting university and is renowned as Sunni Islam’s most prestigious educational institute. In addition to higher education, al-Azhar oversees a national network of schools with approximately 2 million students. In 1961, a host of secular subjects were added to the previously religious curriculum.

Even after the ouster in July 2013 of the democratically elected Muslim Brotherhood president Mohamed Morsi by military strongman Abdel Fattah al-Sisi, who is considered a secular ruler but religiously devoted, nobody in Egypt has argued for the separation of religion and state. Instead, disputes revolve around the terms and ways in which they will interact.

Under the Muslim Brotherhood’s short-lived tenure, there seemed to be a consensus that al-Azhar should become more independent, but does that still hold under the al-Sisi regime?

Observers of Egyptian politics view the al-Sisi-al-Azhar relationship through the lens of fraternization. This is because on 3 July 2013, when al-Sisi, suspended the constitution, arrested the president and Muslim Brotherhood leaders, and declared Adly Mansour, chief justice of the Supreme Constitutional Court, as interim president, his actions were supported by al-Azhar’s grand sheikh, Ahmed al-Tayeb.

In a show of allegiance, al-Tayeb, the Coptic Orthodox Pope Tawadros II and opposition leader Mohamed ElBaradei joined al-Sisi during his nationwide televised address in which he announced the change in government. This sent a strong message to anyone considering contesting the military’s decision that the country’s main religious leaders and influential opposition figures were all behind the move.

Al- Sisi subsequently ran for office, won with a commanding 93 per cent of the vote – despite a boycott by a considerable portion of Egyptians – and was sworn in as president on 8 June 2014.

Almost three years later, during a celebration on National Police Day on 25 January 2017, al-Sisi unexpectedly took a public jab at al-Tayeb, one of the main supporters of the coup d’état, saying, “You wear me out,” according to al-Watan newspaper. Although the remark was made jokingly, it signalled underlying tensions in the relationship between al-Azhar and the Egyptian presidency.

In the past two years, the Egyptian president has called on al-Azhar repeatedly to reform its religious discourse, especially the fatwas it issues, in order for religion to meet the needs of modern times. Al-Sisi has previously expressed concern that some co-religionists are becoming “a source of worry, fear, danger, murder and destruction to all the world”. He has urged Egyptian clerics to counter the rhetoric of religious extremists in general and the Islamic State (IS) in particular, which has carried out several bombings and terrorist attacks in the country.

Al-Azhar has so far resisted al-Sisi’s appeals. The tensions were initially disregarded and sceptics had little doubt that al-Tayeb and al-Sisi would eventually see eye to eye. That was until January 2017, when al-Sisi made his public remark about al-Tayeb, suggesting that al-Sisi’s patience with al-Azhar was wearing thin.

Although al-Azhar is widely considered to be a rational and moderate institution, it seems in recent years that some hardliners have managed to rise through the ranks, attaining positions that enable them to block reforms, especially ones said to target centuries-old texts often used by extremists. “[N]othing has been done since the president called for renewing religious discourse,” Culture Minister Helmi al-Namnam said in August 2016.

A committee of education experts, created in 2015 at al-Sisi’s behest, has been reviewing and updating al-Azhar’s educational curriculum to weed out content perceived to be inciting violence. Moreover, after the IS suicide bombings of Coptic Christian churches in December 2016 and April 2017, al-Sisi said a committee would be formed to tackle the problems.

In May 2017, al-Tayeb replaced the head of al-Azhar, Ahmed Hosni Taha, after he called reformist thinker Islam al-Behairy an “apostate” for attacking some of the founding scholars of Islamic law. Hosni Taha was later forced to apologize for the remark, which he made during a television interview.

So far, however, al-Azhar has largely held its own, first by resisting attempts by the Ministry of Religious Endowments to unify the content of Friday sermons nationwide. In February 2017, it also refused to back al-Sisi’s call to amend divorce procedures and ban the Islamic practice of ‘verbal’ divorce, saying the practice was Sharia compliant.

Nathan Brown, a non-resident senior fellow at the Carnegie Endowment for International Peace, told Mada Masr, an independent online newspaper, that there was a politically driven conflict between the government and religious leaders. He said the government was hindered by a 2012 law change that allowed al-Azhar, rather than the government, to appoint its leaders in an effort to break the alleged bond between al-Azhar and the Muslim Brotherhood. “The change made in al-Azhar’s leadership structure … was designed to keep al-Azhar independent from the Brotherhood, but it works regardless of who is president,” Brown said.

Efforts initiated by Egyptian MP Mohamed Abu Hamed, who has also called for the reform of al-Azhar’s teachings, may still change the rules of the game. Abu Hamed has been preparing amendments to the 2012 law that would bring al-Azhar back under state control and give the president the power to appoint both al-Azhar’s grand sheikh and the Supreme Council of Scholars. 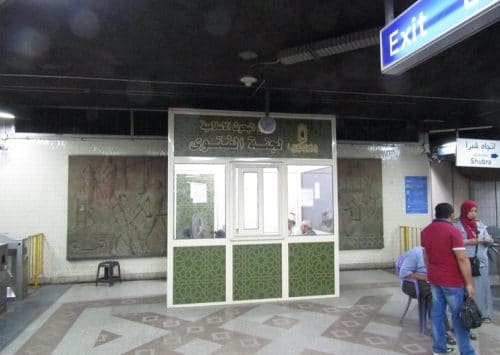