Fanack Home / Egypt / History of Egypt from Past to Present / Combatting Radicalization in Egypt: the Gap between Theory and Practice

Combatting Radicalization in Egypt: the Gap between Theory and Practice

Radicalization has a long history in Egypt. In 1981, religious extremists assassinated President Anwar al-Sadat; in 1997, scores of tourists were killed in Luxor; and in the 2000s, the tourist towns of Sharm al-Sheikh and Dahab in Sinai suffered bomb attacks.

With the regional rise of what evolved into the Islamic State (IS) in the volatile years following the Arab Spring, violent extremism has hit Egypt hard once again. The group’s worst atrocities include downing a plane with over 200 Russian tourists on board in Sinai in October 2015, killing over a 100 Christians in several separate church attacks and an attack on a Sufi mosque in North Sinai in November 2017 that killed over 300. Other groups, varying from al-Qaeda affiliates to Muslim Brotherhood offshoots, have primarily targeted security forces, notably staging several large attacks in the Western Desert.

Egypt’s strategy to combat these groups has primarily relied on a security crackdown – specifically on the Muslim Brotherhood – and large-scale military operations against IS in North Sinai.

At the same time, the state has set about ‘renewing religious discourse’. Since President Abdel Fattah al-Sisi took office in June 2014, he has repeatedly called for a more moderate version of Islam, although the efficacy of the approach to prevent and counter radicalization has been questioned.

This deradicalization relies on three tools, Ziad Akl, senior researcher at al-Ahram Center for Political and Strategic Studies, told Fanack Chronicle. These are the Ministry of Religious Endowments (Awqaf), Dar al-Iftaa and al-Azhar.

The ministry aims to stem the spread of radical thought by prescribing sermons to all mosques in the country for the important Friday prayers. Imams who have diverted from these sermons have been suspended, even if the diversion was in seemingly innocent ways, such as praising a successful Egyptian football player as an example of hard work and persistence. The ministry has also closed down many small informal mosques, so-called zawya, over which it had no control and which were a source of radical thought, Akl said.

Al-Azhar, the highest seat of Sunni teaching, focuses on counter-messaging, refuting religious narratives from groups such as al-Qaeda and IS on a religious-ideological basis. In 2015, it formed an ‘observatory for combatting extremism’, which consists of a group of professors and officials who monitor the internet in search of extremist messages and reply to them on a theological basis.

“We aim to provide a counter-narrative to extremist thought, especially in light of the rise of IS, by presenting the true, correct image of Islam,” Sayed Zakaria, an assistant professor working for the observatory, told Fanack Chronicle.

“The narrative of those groups depends on old concepts that they put into practice,” Zakaria explained, adding that al-Azhar is working on developing more platforms to interact with its audience, such as meetings in mosques, universities and centres to discuss extremist thought. “Al-Azhar is trying hard to represent Islam as diverse, not following one dogma and having good relations with others. This is effective, but there are other factors leading to radicalization, such as social, economical, political. In addition, education is not always good at public schools,” Zakaria said, adding that officials are developing new curricula.

Religion is an important part of the curriculum in Egypt’s education system, although largely out of sight of al-Azhar and even the Ministry of Education. In March 2018, a plan was announced to issue new school textbooks to teach morals and tolerance in an effort to combat religious extremism. The announcement sparked angry reactions from Salafi preachers.

Radicalization is a complex process in which more than just religious-ideological factors are at play. The banning of the Muslim Brotherhood, which is deeply rooted in Egyptian society, has led to the creation of new groups, said Akl. Examples are the Hasm movement and Lewa al-Thawra, which have frequently targeted security personnel. “The Muslim Brotherhood is breeding radicalization in reaction to state violence [such as the dispersal of the Rabaa sit-in in 2013 that killed approximately 1,000 pro-Brotherhood protesters] and the ban of the group,” Akl said.

Sociologist Saad Eddin Ibrahim has conducted extensive research into processes of radicalization, concluding that the typical jihadist is a young man from a working- or lower middle-class background who had tried to complete higher education but failed to climb the social ladder because of a floundering economy, nepotism and corruption, leaving him disillusioned.

Egypt’s prisons, notorious for their bad treatment and even torture of inmates, may also be contributing to radicalization. Buzzfeed reported in November 2017 that the Brotherhood and IS are ‘fighting for fresh recruits’ inside the infamous Tora prison in Cairo.

HA Hellyer, senior fellow at the US-based Atlantic Council, also stressed that there are different paths leading to radicalization, which may be only partly related to ideology. “Let’s be clear,” Hellyer said, “those attacking the mosque in North Sinai were not motivated by poverty, and while they might have grievances, they had a deep ideological hatred of Muslims that practice Sufism.”

But even when looking solely at the ideological dimension of radicalization, Egypt has a problem. “People impacted by radical narratives see al-Azhar as part of the problem,” Hellyer said. “Credibility comes with being critical of the state as well, speaking truth to power, and that space doesn’t really exist.”

“These institutions are not credible among Islamic movements because they see them as politicized,” Akl added. The Muslim Brotherhood and Salafist groups view al-Azhar as the state’s religious body, and its clerics as state officials instead of religious scholars, according to Akl.

He believes the key to change is “empowering civil society”, with strong non-state actors on the ground that can bridge the gap between these institutions and the people. He advocates a comprehensive, multi-sectoral ‘human security’ approach but realizes the current political climate poses a challenge. “The regime is unwelcoming to social organizations, [considering] any mobilization problematic. It relies on a hard-core security approach,” he said.

Zakaria acknowledged that there are people who have more trust in extremist groups than in al-Azhar but believes the institution’s approach will bear fruits. “We educate students in all schools of thought, even those followed outside of Egypt like Shia [Islam], and in being open to all, in contrast to extremists who follow one line and consider everyone else to be a disbeliever.”

However, without opening up a space for debate and criticism, those susceptible to radicalization may remain hard to reach for the state bodies combatting extremist thought. 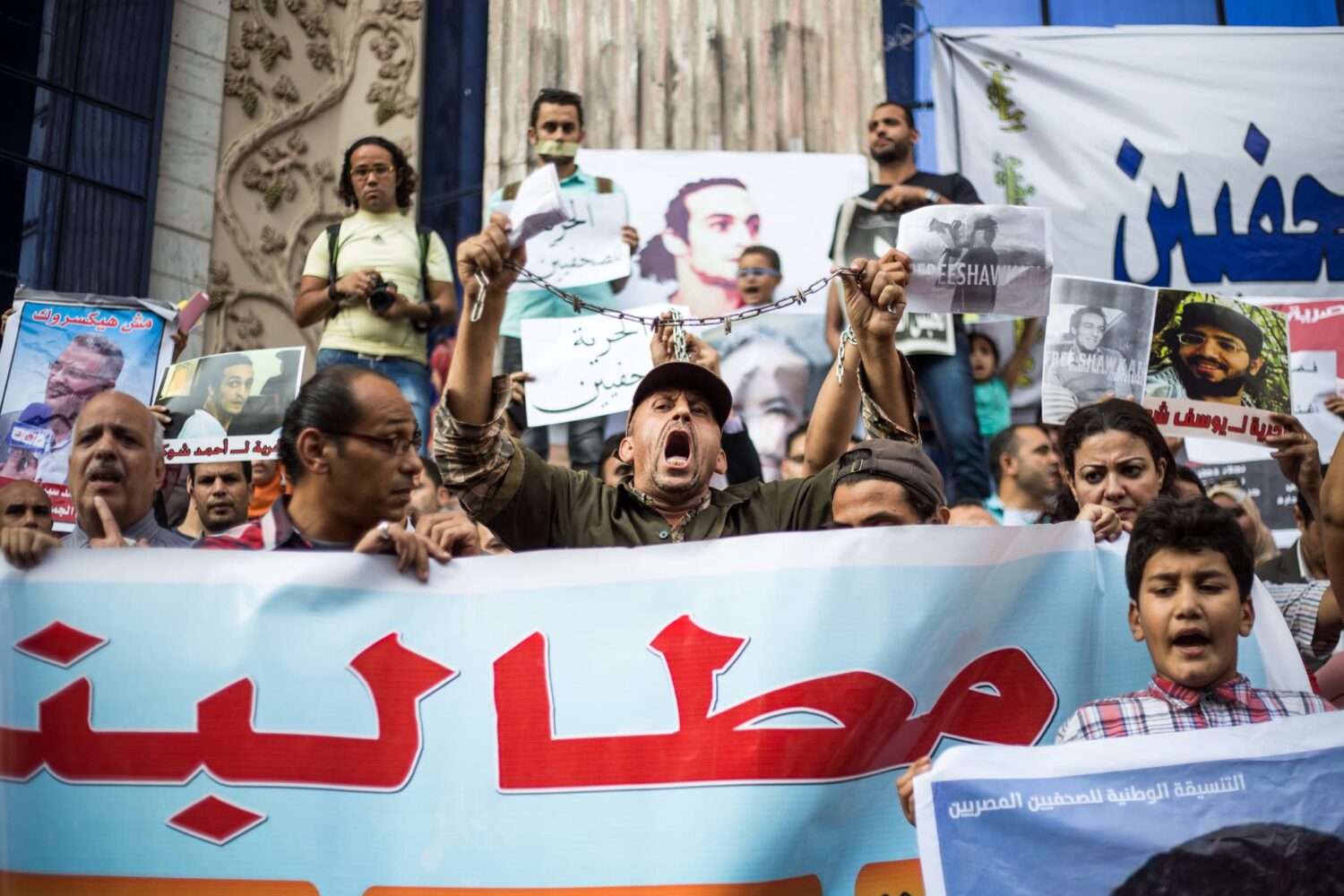