Following widespread protests against the first freely elected Egyptian president, Mohammed Morsi, in June 2013, a coalition led by the military removed him and installed an interim president on 3 July 2013. After announcing the ouster of the president on public television, then military chief Abdel Fattah el-Sisi announced a roadmap for the political future of the country after Morsi. The third and final step of that plan was parliamentary elections, whose first phase began on 17 October 2015.

The road to the parliamentary elections has been rough. They were originally planned to be held between 12 March and 7 May but were postponed due to the Supreme Constitutional Council ruling in the first week of March that two key election laws were unconstitutional.

A legislative committee amended these two laws according to the recommendations of the Supreme Constitutional Council. They redrew the electoral boundaries to take into account the populations in the different constituencies across the 13 governorates and allowed Egyptians with dual nationalities to run in the elections.

Many analysts expected that, after the ruling from the Supreme Constitutional Council, the elections would be delayed until 2016, but President el-Sisi pushed to ratify the changes in July. On 30 August, the Higher Election Committee, comprising of seven judges, announced that the elections would take place in two stages, on 17 October and 22 November.

The House of Representatives has 596 seats. A total of 75% of the seats are elected through the individual candidacy system and 120 seats are allotted to party lists. The final 28 seats are appointed directly by the president. If a candidate wins more than 50% of the votes, he is elected to the parliament; otherwise, the two candidates with the most votes meet in a run-off round. A total of 5,420 individual candidates and none from party lists were accepted in the 2015 parliament elections.

No members of the Muslim Brotherhood, which had won the most seats in the 2012 parliament, were allowed to run in the elections, because the group has been banned as a terrorist organization. Before the elections, the government and both state-owned and private media outlets launched large campaigns urging the electorate to get out and vote in the parliamentary elections. El-Sisi has also repeatedly said that he would back no list in the elections but urged all candidates to unite in one list, to which he promised to give his full support.

However, when the polling places opened on the first day, there were almost none of the long queues that had been seen in the previous parliamentary elections, in late 2011 and early 2012. The very low turnout prompted el-Sisi to deliver a televised speech at midday on the first day of elections, urging people to get out and vote.

“I call on all Egyptians to go to the polls and to rally strongly once again to complete the final stage of the political roadmap,” he said. “I am expecting Egyptian youth to be the driving force in this celebration of democracy.”

Egypt has a large population of young people, with about 62% of the population under 30 years of age, but few young people answered the president’s call to vote. The lack of interest from young people and the sharp contrast with how they had queued for hours for the parliamentary elections in 2011 and 2012 were the most significant warnings yet of how disillusioned were the young people who had been the drivers of the 2011 revolution.

“Why would I go to vote in the first place?” asks Ahmed Kamal, a 20-year-old activist from the Dostour political party, which early on announced it would boycott the elections for being unconstitutional and to protest the continued arrests of young revolutionaries by the regime. “This parliament will never be allowed to represent the revolution. It will be made up of the people the regime wants. I’d rather no one from the revolution ran in these farce elections in the first place.”

The Dostour party was not the only one to boycott the elections. Others, such as the Strong Egypt party and the Wasat party, also announced they would not take part, agreeing that the elections were taking place in the absence of of democracy and that the next parliament would have a majority of Mubarak-era politicians.

Initial reports after the first day of voting suggested an extremely low turnout, of little more than 2% of voters. Talk-show hosts who have been staunch supporters of el-Sisi launched angry campaigns through their programmes, urging people to get out and vote for the sake of the president. This also prompted the government to give all public workers the second day off. The numbers that were released at the end of the second day by official sources suggested an increase to around 16%, but the Higher Election Committee quickly issued orders to all media outlets not to release any numbers, promising to release official numbers in a press conference.

The percentage was later revised to 26.6%, but observers reported several incidents of people being paid to vote for certain candidates, which may have driven up the number of voters. Based on television reports and the empty polling places, many people question the accuracy of these numbers.

The run-off of the first stage of the elections, which took part on 27-28 October, was marred by even more vote buying, with bribes reported to range from $7 to $87 per vote. This was mainly to drive more people to take part and vote for specific candidates. The official numbers released by the High Elections Commission put turnout at 21%. One ballot station in the Dokki district reported that just 20 voters showed up during the 12 hours it was open.

But the low turnout, some commentators argued, might be a sign of the extremely popular president losing some of his appeal amidst continuing problems in the country, ranging from rising prices to the failing economy.

The next parliament is expected to support el-Sisi strongly and rubberstamp the more than 175 laws he passed during his presidency, before the parliament was elected. The first round saw a sweeping victory for the “For the Love of Egypt” list, which consists of several political parties that support the regime. Al-Nour party, the Salafi Islamist party that has supported the ouster of the Muslim Brotherhood and promotes the new regime, won an unexpectedly small number of seats, securing only 11 in the run-off elections. They lost seats in constituencies where they previously had a strong base.

The second phase of the elections took place on 22 and 23 November (one day earlier for expatriates). This phase covered the rest of the governorates, including Cairo, that had not taken part in the first phase.

The High Election Committee put the total number of voters in this phase at 29.83%, which is higher than the overall numbers from the first phase, but Cairo, which is the most populous city in Egypt, had one of the lowest turnouts in the country,19.96%. The “For the Love of Egypt” list swept the elections again, winning all list-based seats. Controversial TV mogul and host Tawfik Okasha, who has always strongly opposed the 2011 revolution, won the elections in the first round, claiming more votes than any other candidate.

Based on the results released, the next parliament will be dominated by a strong bloc backing el-Sisi, further strengthening his position. There has already been talk that one of the first things the new parliament will do is modify articles in the constitution to increase the powers of the president. Additionally, the low turnout weakens the parliament further vis-à-vis the president, who enjoyed a large turnout during the presidential elections, in which he won the vast majority of votes. 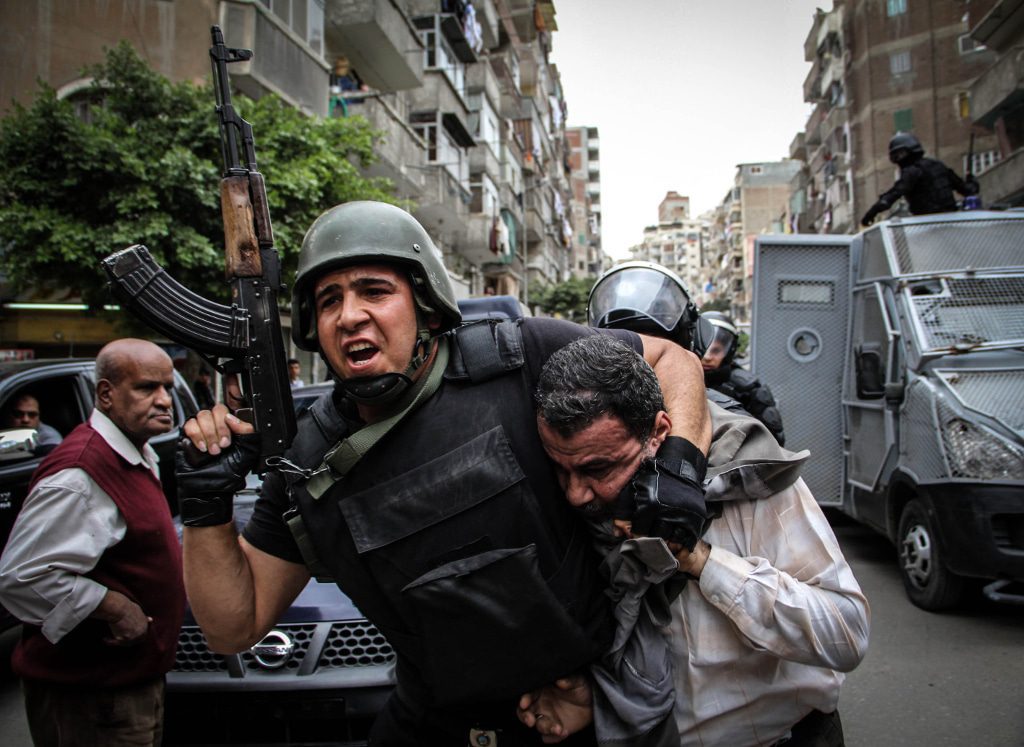