The Rise and Fall of Egypt’s Muslim Brotherhood

The Muslim Brotherhood, one of the largest Islamic movements in the world, has had its share of ups and down since its humble beginnings in the 1920s. After rising to the highest level of Egyptian politics, finally obtaining the presidency in 2012, a popularly backed coup in 2013 left the movement in tatters and most of its leaders either imprisoned or in hiding.

The Muslim Brotherhood was founded in 1928 by Hassan al-Banna, a primary school teacher and imam in the town of Ismailia. At the time, Egypt was under British colonial rule, and al-Banna was disillusioned with his country’s eroding Islamic values as a result of growing Western influence and the nationalist-liberal al-Wafd party’s increasing separation of mosque and state. This went against al-Banna’s belief that Islam is a complete way of life and should be part of politics and government. His thinking attracted like-minded individuals and workers suffering from poor conditions at the Suez Canal Company.

“He was an extremely persuasive speaker,” said a former member of the Muslim Brotherhood who asked to remain anonymous. “Whenever he spoke, people were bound to listen.” The movement grew rapidly. By the late 1930s, it had spread to every governorate in Egypt and the membership had swelled to nearly half a million by most accounts. The movement’s agenda also began to shift. From its initial engagement in welfare work, such as building schools and hospitals, from 1939 it increasingly became involved in politics.

Its opposition to British colonial rule often put the Muslim Brotherhood at odds with the ruling monarchy, who supported Britain’s interests in Egypt. In December 1948, then Prime Minister Mahmoud al-Nukrashi disbanded the movement amid fears it was planning a coup against the king. When the prime minister was assassinated a short while later, the government, in an attempt to curb the Brotherhood’s growing influence, accused the movement of his death, even though al-Banna denounced the killing. In February 1949, al-Banna was shot dead by an unknown gunman, but one widely believed to be linked to the security apparatus.

When a group of young army officers calling themselves The Free Officers organized a coup against King Farouk in 1952, the Muslim Brotherhood quickly aligned with them. The coup was a success and the Muslim Brotherhood requested strong representation in the new government. However, Gamal Abdel Nasser, the leader of the coup and eventual president of Egypt (1956-1970), denied the request, offering the group two minor ministerial positions as independents instead.

During his time in power, Nasser’s relationship with the Muslim Brotherhood continued to deteriorate. He opposed its Islamic agenda, which he felt was not compatible with his nationalist agenda. The relationship soured further when the Brotherhood was blamed for a failed attempt to assassinate Nasser in 1954. He quickly seized the opportunity to initiate one of the largest crackdowns on the movement in its history. Thousands of members were imprisoned and tortured or fled to neighbouring Saudi Arabia and Europe.

Around the same time, a new thought leader emerged within the Brotherhood ranks. Sayyid Qutb is known as one of the most influential and controversial leaders of the Brotherhood. After studying in Cairo, Qutb spent two years in the United States. On his return, he wrote down his views of the country, criticizing its materialism, sexual freedoms and violence.

After the failed assassination in 1954, Nasser imprisoned and tortured Qutb, even though the two men had been on good terms before and immediately after the 1952 revolution. Qutb was eventually tried and hanged in 1966, accused of involvement in plotting to murder Nasser.

Qutb’s followers describe him as a great thinker. His opponents, however, accuse him of propagating a culture of violence, opposing al-Banna’s refusal of terrorism. His stay in the US strengthened his opposition to Westernization, but it was during his time in jail, and perhaps as a result of his ill treatment there, that he began to view jihad as the only means to solve Egypt’s problems. He advocated physical power and violence, which is often seen as the seed that led to the growth of violent groups such as al-Qaeda.

Following Nasser’s death in 1970, his successor Anwar Sadat released the imprisoned Brotherhood members and they became more tolerated in public and political life. This came to an abrupt end when he signed a peace treaty with Israel in 1979, and his assassination on 6 October 1981 was blamed on a violent offshoot of the movement. This despite the group having denounced all violence in the 1970s, vowing to adopt a reformist political agenda instead.

During the era of Hosni Mubarak (1981-2011), the next president of Egypt, the Muslim Brotherhood formed alliances with mainstream parties to try to secure seats in parliament. It became involved in all levels of Egyptian society through extensive charity and education programmes, filling a gap neither the government nor secular opposition groups could. The movement’s motto, ‘Islam is the solution’, became widely known, especially in universities, where it often won representations of student bodies in most governorates across the country.

In 2000, the Muslim Brotherhood snatched 12 parliamentary seats from Mubarak’s National Democratic Party, and in the following elections in 2005 it won 88 seats, a total of 20 per cent of the seats. The result shocked Mubarak and his aides, and cemented the Muslim Brotherhood’s position as Egypt’s biggest opposition group. In 2010, the elections were rigged to ensure the Brotherhood did not secure any more wins, eliciting public outcry against the parliament formed as a result.

The tide turned for the Brotherhood in 2011, following the popular uprising that ousted Mubarak. At the start of the so-called 25 January Revolution, the movement stayed on the sidelines, but as the uprising gained momentum, the Brotherhood gradually assumed a more prominent role.

When Mubarak eventually stepped down after 18 days of protests, the Brotherhood celebrated with the other groups, but soon withdrew to start planning its strategy. It formed a new political party, the Freedom and Justice Party, and won a majority of votes in the first parliamentary elections, securing nearly half of the seats. After promising the other parties it would not put forward a candidate for the presidency, it went back on its word and nominated two candidates, fearing one of them would be disqualified. In 2012, Mohamed Morsi, the Brotherhood’s candidate, narrowly won the elections with 51.73 per cent of the vote, becoming the first democratically elected president of Egypt.

The jubilation surrounding this victory was short lived, however. The Muslim Brotherhood soon face stiff opposition from other political groups and rising dissent across the country, especially from the judiciary, which resisted any attempts at reform. This was exacerbated when the movement pushed ahead with a committee formed to draft Egypt’s new constitution after it was boycotted by most secularists and Christians. When Morsi issued a presidential decree on 22 November 2012, giving him sweeping powers to protect the drafting of the constitution, large demonstrations erupted across the major cities, which turned into bloody clashes with Brotherhood supporters.

As dissent increased, a movement to oust Morsi began to grow. It culminated in the military overthrow of the president on 3 July 2013, ending the Muslim Brotherhood’s short tenure at the highest political levels. A new crackdown on the movement began.

On 21 December 2013, the group was declared a terrorist organization and banned completely by the Egyptian regime. The movement’s leader, Mohamed Badie, was arrested along with thousands of other influential figures, many of whom were sentenced to death in mass trials.

Despite the crackdown and dispersal of two sit-ins by Muslim Brotherhood members and supporters that left an estimated 1,000 people dead, the group continued to denounce violence, even when the government blamed them for the spike in terrorist attacks across the country.

It may have been the worst hit the movement had taken since its formation in the 1920s, and its sharpest fall. The movement has yet to recover, and there are regular reports of rifts and the formation of splinter groups. But the Muslim Brotherhood has a history of reemerging after periods of dormancy, and it still has supporters in many countries around the world. 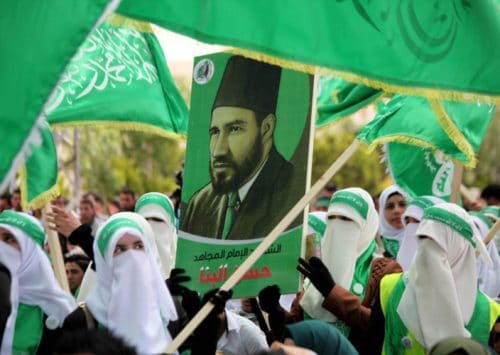 The International MB is Clinically Dead
Since the ouster of Mohamed Morsi in 2013, Muslim Brotherhood has become even more fractured. One could argue that, effe...