Since the 1960s, the Egyptian government has guaranteed free public education for all. The system envisions nine years of basic education up to the age of fifteen, followed by secondary education and higher education. Higher education includes public and private universities and al-Azhar University.

Although public education is free, indirect costs, such as private lessons, supplies, and transport, put a strain on poor families with many children. Extra private lessons, often taught by poorly paid schoolteachers after school, are common, despite an official ban on the practice. Students at the secondary level are in special need of additional tuition to compensate for the overcrowded classrooms, lack of discipline, and uninspired teaching by unmotivated teachers. This increases the costs of education for parents. It is estimated that 80 percent of secondary-school students receive private lessons. Teachers were among the first professional groups to hold wide protests after Mubarak’s fall, to demand a substantial increase in their salaries and improvement in working conditions.

The large growth in population puts an enormous strain on the underfunded education system. On average, every classroom in primary, preparatory, and secondary education counts more than forty children. Universities and elementary schools are overcrowded, the result partly of the guarantee that every graduate of secondary school will find entry to one of the twelve state universities. Private universities, a highly lucrative business, are increasingly popular but affordable only for the upper-middle and higher classes.

Overall educational standards remain mediocre. Among the long list of problems are the rigid education system, the emphasis on rote learning as opposed to critical thinking and creativity, and poorly paid and unmotivated teachers.

Egypt has one of the highest illiteracy rates in the world (30.5 percent). Not surprisingly, the illiteracy rate is highest among poor and rural inhabitants. People from households headed by illiterates have a 57 percent probability of being illiterate themselves. The country has, however, made enormous progress in boosting literacy – from 26 percent of all individuals aged 15 years and older in 1960, to 69.5 percent in 2006. Performance is even better for those 15 to 24 years of age. 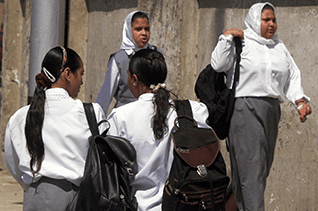 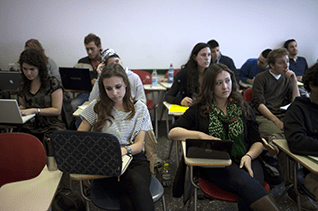