Free health care is a constitutional right of all Egyptians. In fact, all communities do have some sort of health service, mostly run by the Ministry of Health and free of charge or charging only a nominal fee. The government has steadily increased spending on public health care, but investment has not kept up with the huge increase in population, with the result that services are often poor.

Basic indicators of health are, however, improving. Immunization coverage has increased for all antigens to above 98 percent of the population in 2005, leading to a reduction of the mortality rate. Egypt has essentially eliminated polio, which was still prevalent in the 1990s. The infant mortality rate, the under-five-years mortality rate, and the maternal mortality rate continue to fall. 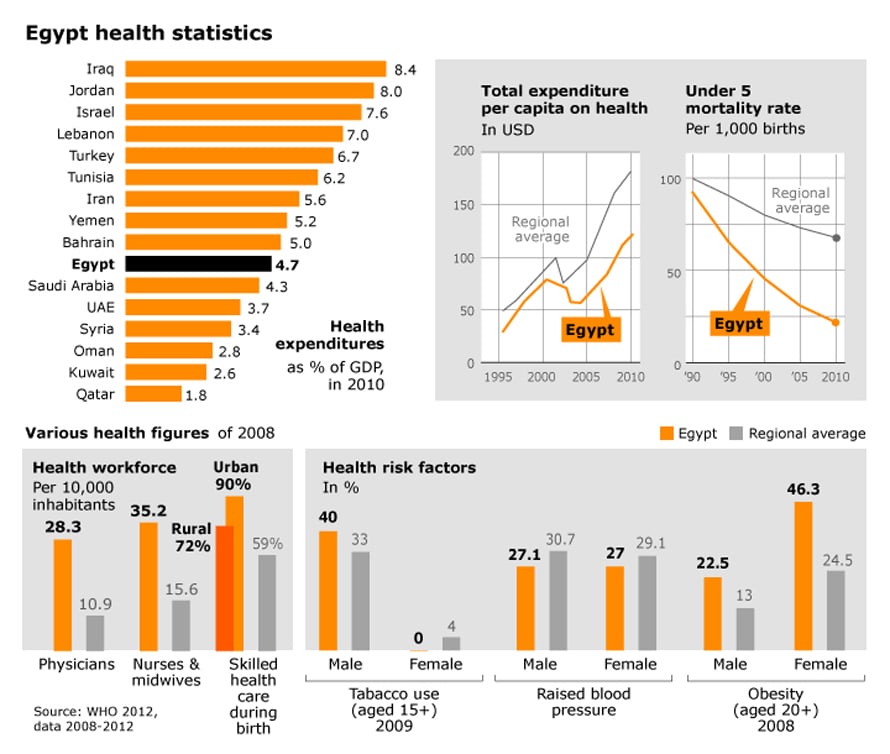