Egypt’s cities are well connected by a network of roads, 78,641 kilometres of which are paved, but due to poor maintenance and heavy traffic, many roads are in poor condition. Road transport accounts for 85 percent of domestic freight and 60 percent of passenger movement. Intensive use has resulted in high levels of congestion. Cairo in particular suffers from constant traffic jams. Each year about 30,000 people are hurt, and 6,000 die in road accidents, one of the highest traffic-fatality rates in the world.

The national rail system is the oldest in the region, and time has taken its toll on the system. Accidents happen on local rail lines once or twice a year. More care is taken with trains used by tourists, and no accidents have been reported in recent years. Rail transport is available along the Nile and throughout the Nile Delta to the city of Alexandria. While rail accounts for a large share of the domestic passenger transport, its share of the domestic freight transport is low, at about 8 percent. Cairo has a modern metro system (partly underground, partly above ground), with two lines crossing and covering much of the city. Work has started on a third line that will lead to the International Airport; it was expected to open in 2010, but had not by the end of 2012.

Air travel to all major destinations within Egypt is provided predominantly by the state-owned carrier Egypt Air. There are daily flights from Cairo to most international destinations.

The Suez Canal is the crucial waterway between Europe (the Mediterranean Sea) and Asia (the Indian Ocean), making it one of the most important sea routes in the world. Thanks to this 163-kilometre-long man-made canal, all but the largest ships can avoid the expensive circumnavigation of Africa. Seaports handle up to 90 percent of Egypt’s international trade. The harbours are slow, inefficient, and hampered by corruption. The Nile and its canals make up most of the navigable inland waterways, totalling approximately 3,100 kilometres. Traffic by water accounts for only 4 percent of the transport of domestic freight. 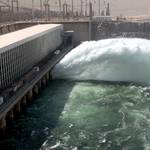 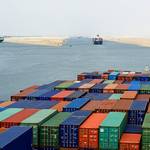 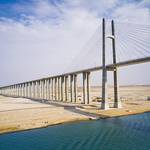 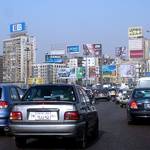 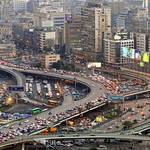 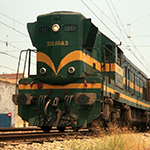 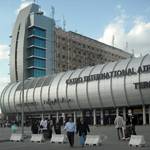 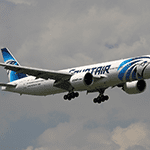