Energy Race in the Eastern Med: Pandora’s Box or Path to Peace? 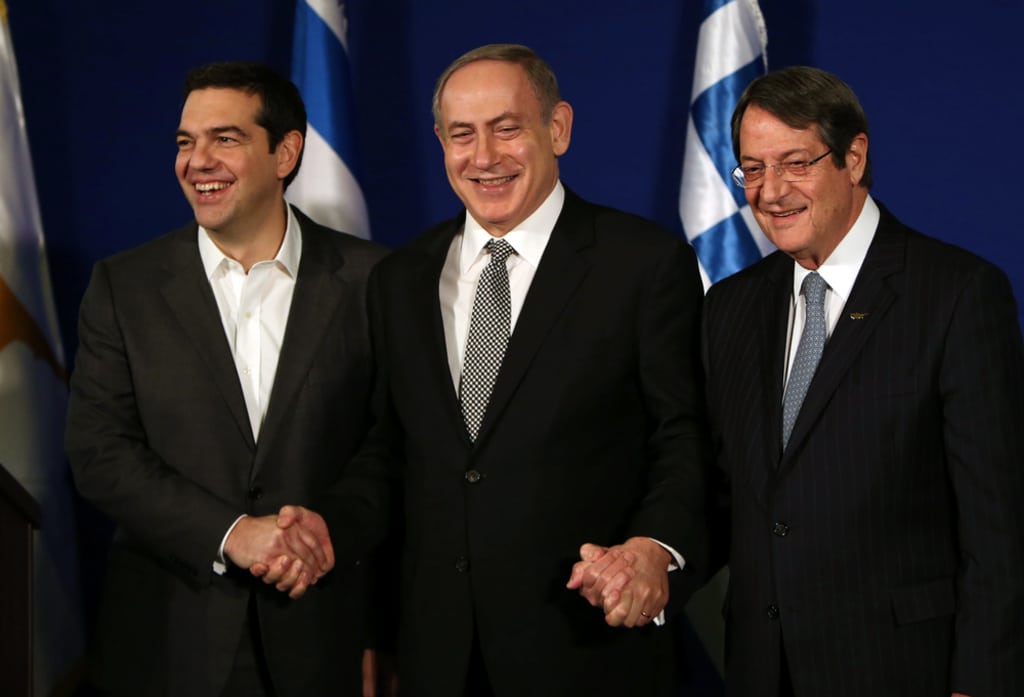 As the North Sea reserves of gas dwindle and Europe worries about its dependence on Russian energy, alternatives sources of easily accessible energy are becoming increasingly attractive. If regional geopolitics and unrest do not get in the way, the Eastern Mediterranean could hold the key to Europe’s energy worries.

The region has an estimated 122 trillion cubic feet of undiscovered but technically recoverable natural gas. The region’s proximity to major gas markets makes it an ideal source to meet Europe and the Middle East’s energy needs. However, with regional tensions already growing over this lucrative prize, the prospect of energy transforming the economies of the Levant is by no means assured.

When gas started flowing from Egypt’s Zohr field in late 2017, it put the Eastern Mediterranean on the map in terms of global gas production. The start of production looks likely to transform Egypt from an energy importer to an exporter. Unlike other countries in the region, Egypt’s significant domestic market has made attracting foreign investment much easier. Selling hydrocarbons at home bears far less risk than maintaining the regional relations necessary to find markets and ensure the transport of gas.

While Zohr is the biggest discovery thus far in the Eastern Mediterranean, other countries have also been hoping to strike gold. Yet although Egypt has led the way in discoveries, it also bears lessons for other would-be energy barons. Cairo previously exported gas to Jordan and Israel, but the political upheaval following 2011 crippled the country’s exports and scared away key investors. In 2014, Egypt abandoned gas exports as it struggled to meet domestic demand. It was not the energy reserves that determined the health of Egypt’s sector but a myriad of political mishaps.

Excitement has gripped the Lebanese government too with the expectation of oil discoveries off the coast. Solid data will only follow further drilling, but estimates put Lebanon’s potential reserves at 25 trillion cubic feet of gas under its waters, hardly a record-breaking quantity but a game-changing amount for the small Arab nation.

Beirut signed its first two contracts for oilfields earlier this year, but geopolitics has already stymied hopes of an easy buck for Beirut. One of the contracts covers the long-contested southern maritime border, a dispute that has only grown tenser since the discovery of hydrocarbons. Situated in territory not far from the largest discoveries in the Eastern Mediterranean, every square kilometre of sea bed is valuable, and while Lebanese drilling will not initially approach the disputed borderline, flareups are almost inevitable.

The discoveries have also gone hand in hand with concerns over the potential for corruption, with some civil society organizations calling loudly for increased transparency in this new sector. Considering the country’s lamentable corruption rating, these concerns seem well founded. Compounded by Lebanon’s leadership gridlock for much of the past decade, including two without a president, the prospects of speedy and nationally beneficial exploitation of Lebanon’s hydrocarbons seems unlikely.

Turkey is something of an energy lynchpin in the Mediterranean, but in recent years Ankara has become a hub of energy conflict.

Turkey has challenged Cyprus’ exploration and proposed exploitation of gas fields as an infringement on the rights of the Ankara-recognized, Turkish-speaking part of Cyprus. In February 2018, Egypt warned Ankara against violatinging the Egyptian agreement with Cyprus over drilling rights.

Turkey positioned one of its seismic research vessels off northern Cyprus last October 2017, marking out its ambitions and stakes in the race for regional resources, namely in waters that Cyprus considers its own. Simultaneously, energy cooperation has been the driving force behind the emerging Greek-Israeli-Cypriot partnership, leading in turn to cooperation in the field of defence, a result that cannot ease the minds of Turkish hawks.

Unlike its neighbours, Israel has faced few obstacles to monetizing its newfound resources, attracting ready foreign investment and rapidly moving from discovery to exploitation. Work started last year to develop Israel’s long-awaited Leviathan gas field in a $3.75 billion project led by the American firm Noble Energy. If there is a winner in the resources race, it is probably Israel.

The discovery of the Tamar natural gas field in 2009, and of the Leviathan natural gas field in 2010 within the Israeli Exclusive Economic Zone, provided a solution to Israeli fears over the reliability of its supply of Egyptian energy. After the fall of the Mubarak regime in 2011, attacks on oil and gas pipelines had become more frequent, alarming Tel Aviv. Furthermore, a higher degree of energy self-sufficiency has calmed Israeli anxieties over sourcing its crude oil from beyond the Arab world, leading to stretched and vulnerable supply lines.

As with all questions of resources in Israel and Palestine, the Israeli occupation has left its mark on the partition of energy reserves too. Under the 1967 Israeli borders, the Palestinian coastline along the Gaza Strip would entitle the Palestinians to a percentage of the energy reserves under the Mediterranean. However, the blockade of Gaza has almost certainly played a role in dissuading investment (Shell pulled out of a deal to exploit the main Palestinian gas field this year), and Palestine has accused Tel Aviv of moving the separation wall to monopolize energy resources in the West Bank. With little hope of a resolution to the region’s most deep-rooted conflict, there is almost no chance of the Palestinians sharing the benefits of Israeli exploitation of these resources.

For Israel, the importance of energy security appears to supersede publicly political stances. For years, Israel has been buying up Iraqi Kurdish oil despite the likelihood of this stirring up Iraqi ire.

As a large importer of energy and a key hub for gas flows between Central Asia and Europe, Turkey has always seemed a logical choice for Israeli energy exports. However, rocky relations between the two states have challenged the potential monetization of Israeli gas reserves in recent years. The 2009 assault by Israeli commandos on a flotilla of Turkish humanitarians attempting to break the Israeli blockade of Gaza soured relations and ended decades of close cooperation. Although tensions have eased somewhat since then, Turkey’s President Reccep Tayyip Erdogan is a sharp critic of Israel’s occupation of Palestine, and tensions still readily flare between Turkey and Israel.

The discovery of hydrocarbons in the Levant offers the region’s governments the potential for great wealth. But it may yet prove a cursed treasure, as greed inflames regional tensions. The best hope for a positive outcome may come from the region’s largest would-be customer: Europe. The European Union has every reason to desire successful exploitation of hydrocarbon reserves in the Levant, and with its cadre of seasoned diplomats the EU would be a potent force in calming disputes over hydrocarbon ownership.

Yet with cheap gas from the United States and Russia still in abundance, Europe is not tied to hopes for Mediterranean energy, and the obstacles to obtaining it may be as much commercial as political. Only time will tell if the reserves under the Mediterranean prove to be Pandora’s box or a path to peace.