Syria’s notorious Al Hol camp has recently allowed residents to leave; although still a hotbed of extremism, while economic conditions in the country make it difficult for Syrians to rebuild.

Al Hol camp is the largest IDP (Internally Displaced Person) camp in Syria, based in the town of the same name in northeastern Syria. It hosts IS supporters and those fleeing IS-held territories. After rampant military operations in the region, it has become overcrowded with around 62,000 residents despite its capacity of 20,000.

Figures last year documented half of the residents as Iraqis, a third Syrian and 15 percent foreigners who came to Syria to join IS.

Congestion in Al Hol camp has led to unsanitary conditions, bad food and little access to medicine. The dire state is akin to a detention facility that has only worsened when COVID-19 hit the camp.

The deteriorating situation is also thought likely to have led to the shift in policy, announced by the SDF’s political arm, the Syrian Democratic Council (SDC), in October 2020 when it was announced it would be easier for Syrians in Al Hol to go home, previously requiring local guarantors to vouch for anyone leaving the camp.

Now those wanting to return need only to register with the SDF, which in turn conducts their security clearance.

The decision for Syrians to leave — and around 6,500 have done so — has been easy enough but returning home has been less than simple.

Areas such as Raqqa, Deir Ezzor and Al Hasakah, where many residents live, have been hit hard by the war and the level of destruction means, in some cases, those homes no longer exist.

Those left in the camp, which has been called a hotbed of extremism, are unwanted by their governments, the return of Iraqis deemed too dangerous by Baghdad and many foreign governments have disowned foreign fighters and their families.

The festering of IS members and their wives inside Al Hol has been called a “ticking time bomb” with the potential for blowback on western nations.

Some western governments have made efforts to repatriate orphans, including France, Finland and Germany in a bid to save them from a similar fate as their parents.

Albania as well has rushed to bring children back with the intention of de-radicalisation.

“We think there is a moral obligation to repatriate at least the kids, because they are not terrorists, they are victims of their irresponsible parents”, Minister of Interior of Albania, Sander Llesha told the BBC. “But they could be raised up into real monsters if we leave them in the camps and ignore them”.

Widespread reports document the women of IS imposing their own version of sharia law and sparking fear into other residents. As a result, violence has proliferated inside the camp.

The UN’s monitoring revealed 12 murders of Syrian and Iraqi camp residents, including one female Iraqi refugee while another was critically injured after a violent attack between the 1st and 16th of January, 2021.

The organisation said the security environment had become untenable, jeopardising the ability for humanitarian actors to respond to residents.

“The vast majority in Al Hol are women and children, who fled to the camp seeking protection and assistance. Residents and humanitarians alike must be protected”, said Razi while emphasising in a statement the need for a durable solution to the camp.

There is a growing sense that a solution to the problem of women [those who have extremist tendencies] in the camp will be difficult”, says Abdul Qadir Moahed Director of the Center for Studies of Extremism speaking to Fanack, “the problem is getting worse”.

The camp’s authorities lack the material and security capabilities to manage the current situation, he says, with a dearth of experience among local officials.

“The biggest fear surrounds the children growing up inside the camp”, says Moahed.

According to the centre, Al Hol needs long-term and evidence-based rehabilitation programmes and a database on all the camp’s residents.

Security breaches could also be accounted for by the lack of follow-up on residents once they leave the camp, even though other reports suggest some surveillance may occur.

Those security breaches have constituted attacks launched by IS-sleeper cells.

However, Moahed concedes that what happens inside the camp does not significantly affect the community outside it.

Some of those leaving the camp are low-level IS members but the risk of residents rejoining the group or susceptibility to further radicalisation is a nuanced issue in Syria, dependent on a number of different factors, says International Alert.

The peace-building organisation has carried out research into the drivers for joining and leaving armed groups in Syria, including extremist groups and has found reasons of protection and defending families and communities and pressure from family, peers and communities to be key influencers as well as financial and material reasons and the desire for power and authority.

“The importance of each of the factors for individuals and communities is not fixed; it is affected by factors such as marital status, location, nature and stage of the conflict, opportunities to earn a living outside of an armed group, as well as changing attitudes of community and family over time”, says Caroline Brooks, International Alert’s Syria Programmes Manager.

“For many Syrians, belief in extreme ideologies appears to be – at most – a secondary factor in the decision to join an extremist group, with the other factors mentioned playing a significant role”, Brooks told Fanack.

The extent to which camp residents will be driven by these factors cannot be ascertained with any great certainty but with economic conditions in Syria also falling fast, and access for humanitarian groups persistently difficult, chances for an IS-free Syria are equally precarious. 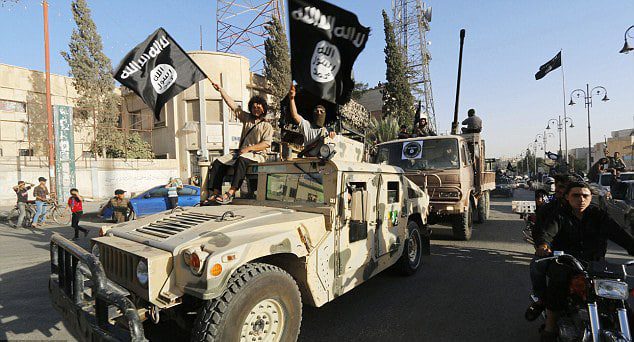 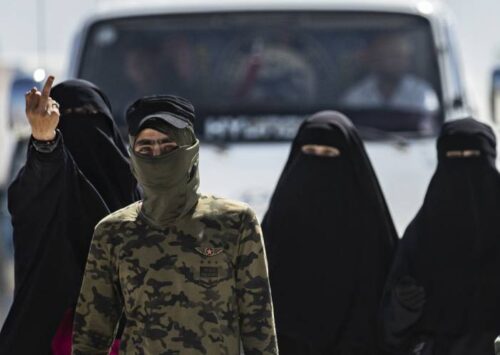 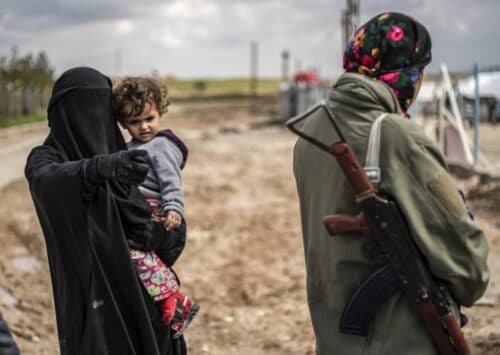 IS Fallout: The Women and Children No One Wants
“In terms of international law, there is no international legal principal that requires a country to repatriate their ...