In Cairo, a city that today remains influenced by social legacies and traditions that place restrictions on women, one Egyptian woman has defied societal norms and pursued a long-held dream. In doing so, she has stirred stagnant waters and allowed women to enter a field of work that has so far been exclusively available to men.

In 1998, Amal Suleiman obtained a law degree from Zagazig University and in 2005, she obtained a diploma of general and criminal law before unsuccessfully seeking to work as a teacher of sharia (Islamic law) at one of Al Azhar’s institutes.

Amal waited for two full years before chance played a role in changing the course of her life: the sharia ma’dhun (an official with authority to perform civil marriages) of the city of Al Kanayat in the Ash Sharqiyah governorate died, so Amal decided to officially submit the necessary paperwork to fill the vacant post. In doing so, she was able to become a female ma’dhun, or ma’dhunah.

Amal said the main difficulty she faced in becoming a sharia ma’dhunah was the intransigence of the government employees she dealt with and their refusal to accept her papers even though they were properly authenticated. She added that she was even accused by one employee of violating sharia; this prompted her to seek the opinion of Al Azhar scholars, who confirmed to her that a woman’s ma’dhun duties are classified as administrative work, which is admissible according to Islam.

At first glance, Amal thought that approving her as a sharia ma’dhunah only required her to present graduation and birth certificates and a copy of her identification card. However, she was surprised to learn the terms and requirements were much more stringent, including the requirement that no fewer than ten men should endorse the approval of her working as a ma’dhunah; their endorsement was tantamount to a certificate of good conduct. According to Suleiman, she managed with extreme difficulty to obtain the required approvals and completed the paperwork before she submitted them to the Family Court for official approval. Although a number of men applied for filling the same vacant post, Amal was awarded the position because of her valuable education certificates.

Amal’s desire to become a sharia ma’dhunah in Al Kanayat motivated her to conduct research on sharia-related matters to see if her new job actually contradicted with the principles of Islamic jurisprudence. She wanted to ensure that the sharia-based excuses given to Muslim women would not, for example, prevent her from issuing marriage contracts or divorces. In the end, Amal based her decision to work as a female ma’dhun on the religious opinion of Dr. Ali Jumaa, former grand mufti of Egypt, who confirmed that women may indeed undertake the profession of a sharia ma’dhunah. 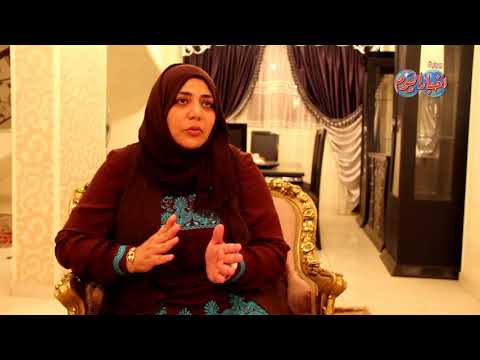 As of June 2018, Amal had documented nearly 3,000 marriages and 200 divorce cases in the Ash Sharqiyah Governorate. She believes that most cases of divorce are caused by the spouses’ use of mobile applications, namely Facebook and WhatsApp, in addition to some spyware programs used by the spouses to act out their feelings of jealousy or mistrust of the other. Other reasons for divorce include those related to reproduction and more material reasons.

According to Amal, some men consider the concept of their spouse working as undermining their dignity and therefore insist on the condition that the would-be wife does not work. Due to this and other potential sources of friction, Amal has revealed that some wives now insist on documenting the conditions under which the marriage contract is written, both in terms of the dowry and the list of properties and conditions, which sometimes leads to heated arguments between the spouses. These women are doing so because documenting all such issues in the marriage contract would protect them during any potential litigation procedures initiated by the husband in the future.

As for the phenomenon of underage marriage prevalent in some Egyptian villages and governorates, Amal has said in previous press interviews that she comes across almost four cases of underage marriage every month. She notes that although most parents accept the principle of underage marriage, she refuses to draw up marriage contracts for females under the age of 18 and tries to raise awareness among parents on the risks resulting from such marriages, whether on their physical or psychological health or in view of the weak legal position of underage girls and their future children. She also refuses to perform marriages she deems suspicious, for fear that the spouses are using the principle of “tahallul” (a sham marriage intended to circumvent the Islamic law that a woman divorced by the same husband three times must marry another man first in order to be able to lawfully re-marry her previous husband), and refuses to perform marriages without the knowledge of the parents.

This position of Amal Suleiman, the young lady who was born in the Ash Sharqiyah Governorate, and her insistence on breaking into a world that had up until then been confined to men has prompted the Egyptian Government to honour her. The Egyptian Ministry of Education has dedicated a paragraph in the curriculum of social studies to introduce Amal to elementary school students. In addition, one of the streets of the city of Al Kanayat has been named as “Al Ma’dhunah” (female ma’dhun) in her honour.

Amal’s experience as a sharia ma’dhunah in Egypt and the Arab world has so far encouraged five other Egyptian women to follow suit and assume the position of a ma’dhunah. Extensive media coverage has also been dedicated to the first marriage contract documented by Amal on 25 October 2008, especially after a number of Arab countries, including the UAE and Palestine, replicated the Egyptian experience and appointed women as sharia ma’dhunahs.

But despite the honours already bestowed upon her, one dream remains for Amal Suleiman: to be honoured by Ash Sharqiyah Governorate, where she is the first sharia ma’dhunah—but hopefully not the last.