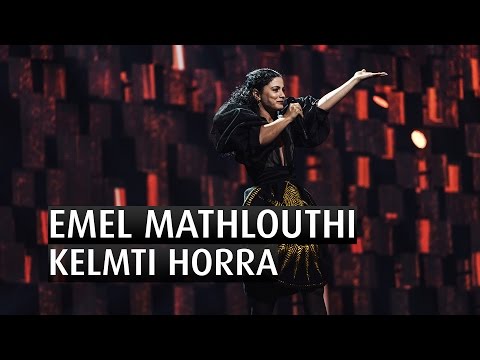 On 11 December 2015, thousands of Tunisians sat glued to their televisions, tears running down their cheeks and pride filling their hearts, as they watched Emel Mathlouthi perform ‘‘Kelmti Horra’’ (‘My Word is Free’) at the Nobel Peace Prize award ceremony in Oslo. Her performance earned loud applause from the audience and praise in the international press, which described her as ‘outstanding’ and ‘just magnificent’.

So, who is Emel Mathlouthi? And how did a girl from the suburbs of Tunis achieve global fame?

Born on 11 January 1982, Mathlouthi started singing at the age of 15. A huge fan of heavy metal and blessed with powerful vocal chords, she formed a metal band at the age of 19. A few years later, she became politically active and was deeply inspired by engaged artists like Joan Baez.

She quit the band and began writing political songs in 2004. One of the best known is ‘Ya Tounes Ya Meskina’ (‘Poor Tunisia’), which in 2006 took her to the finals of RMC Moyen-Orient Musique, a French competition for young Middle Eastern talent.

Two years later, the Tunisian government banned her songs from radio and TV, instigating her move to France. Despite the ban, bootlegs of her performances in France circulated on the internet, earning her even more popularity as a ‘forbidden fruit’.

She gained widespread public attention during Tunisia’s Jasmine Revolution in 2011, when popular protests eventually toppled longtime dictator Zine el-Abidine Ben Ali and sparked the so-called Arab Spring in many other countries in the region.

Her songs quickly became anthems for the revolution, particularly ‘Kelmti Horra’, a mix of electronica and traditional rhythms, which she sang on an improvised stage on Habib Bourguiba avenue, ‘the revolution arena’, on 22 January the same year. 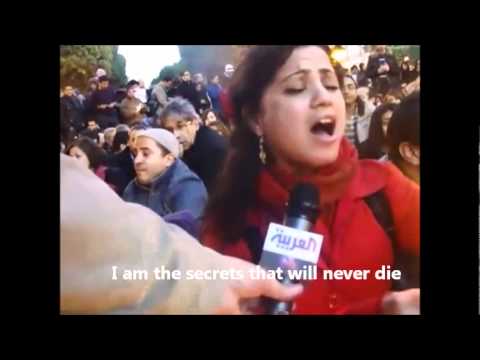 The video of her performance when viral and eventually led to her appearance at the award ceremony of the 2015 Nobel Peace Prize, which went to the Tunisian National Dialogue Quartet for its decisive contribution to the building of a pluralistic democracy in Tunisia in the wake of the Jasmine Revolution.

She quickly rose to international fame and began giving concerts worldwide: Egypt, Iraq, Belgium, France, United Kingdom. She received critical acclaim everywhere she went, including a standing ovation at the Sfinks Festival in Belgium for her cover of Leonard Cohen’s ‘Hallelujah’.

In 2013, following her first concert in Cairo since the Egyptian revolution, Ahram Online proclaimed her ‘‘the Fairuz of her generation’. She also gained popularity throughout the MENA region by supporting the Palestinian cause, even writing a song called ‘‘Naci en Palestina’ (‘I was born in Palestine’). The Israeli authorities refused to let her enter Ramallah to perform in 2010, so she sang in front of a camera in Jordan and broadcast the performance to the audience in a theatre in Ramallah. She also cancelled her appearance at the Pop-Kultur Festival in Berlin in 2017, after finding out it was sponsored by the Israeli embassy. 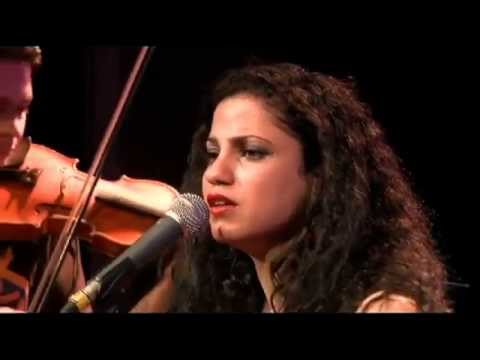 But every success has a flip side. In March 2013, following the assassination of the Tunisian activist Chokri Belaid, Mathlouthi recorded a tribute song called ‘‘Ma Katlou Had’’ (literally ‘No One Killed Him’ but which she translated as ‘Who Killed Him’ on her official website), marking the beginning of her break with the Tunisian public, which had previously cherished her.

The song received negative attention on social networks and generated harsh comments such as, ‘Is Emel Mathlouthi the Tunisian Justin Bieber?’ The song was considered artistically bad. The criticism saw her dropped from the line-up of the 2017 Carthage international Festival in Tunisia. With public and local media support, however, she was reinstated.

Despite these setbacks, Mathlouthi continues to thrive professionally and dedicate her art to political causes, as she stated in an interview for Okay Africa. “We have to still feel the pain of others. That’s the basis of us not going towards dehumanization. That’s my big point. So that’s political. I just hate the word political today more than ever because it’s so dirty. Art has to find a new definition to fight, to be associated with. I think that my art is always going to be concerned. I feel more comfortable adding [that term] to my art than adding the term political.”

Mathlouthi now lives in Harlem, New York where she says she has “fewer artistic boundaries to fully express her art”. She is married to an American who is a speechwriter for the United Nations and has a young daughter. Now 36, she continues her ascent and is exploring more experimental and melancholic paths.

Her second album, Ensen, released in 2017, was a collaborative effort involving artists such as Björk. She describes it as “a trip into my psyche and soul”, as is evident from the first single off the album ‘Ensen Dhaif’ (‘Weak Person’), which is dedicated to the “people that have to carry the weight and all the struggles so that a very small percentage can enjoy the power”.