From the UAE to Norway, passing by Malaysia: the steps that the Palestinian writer, researcher and human rights activist Iyad el-Baghdadi had to take were made in the hope of being able to continue denouncing injustice and show how the Gulf countries behave towards their citizens – while remaining out of jail, and alive. He is currently investigating Saudi Arabia and the country’s crown prince Mohammad bin Salman (MBS) from Norway.

Iyad el-Baghdadi, who will turn 42 on June 17, has attracted a lot of attention in only a few years. Not “destined to become a human rights activist” according to his own words, he grew up in a quiet middle class family from Palestine in Kuwait, where his father Ismael, a cardiologist, had settled from Egypt after his family had been forced to leave Jaffa in 1948 after the creation of the Israeli state. “Some activists I know are what we can call accidental activists”, Iyad el-Baghdadi told Fanack on May 20. “It’s when they, or people in their family, were targeted by something whereas before they were living a normal life, in their own reality.

Then they are faced with another harsher reality through an event that awakens them. Other activists were born into political families. This is not my case. I was just naturally drown to questions about freedom and dignity. Also, as a Palestinian having no citizenship, it is difficult to become apolitical.”

His involvement became more political with the beginning of the Egyptian uprising on January 25, 2011, when he starts publicly analyzing events and translating videos and statements from Arabic to English as a way to make more people understand what was going on there. “I didn’t think much about it, I just felt that if I was there I would have gone to the protests as well”, el-Baghdadi said. “I needed to be personally involved. It was like an organic sense telling me that it was our opportunity to finally live in a region with dignity, freedom and freedom of speech. I used to think that maybe when I would be old, people would start tackling those issues, but it was happening then, it was the moment of truth.” He started tweeting about Egypt right from the day of the first uprising, January 25, and it took barely more than three weeks before he received a notification from the Kuwaiti authorities on February 12, saying there was a limit not to cross and that he had already crossed it. “I wouldn’t have stopped for anything. People were being killed and attacked in these countries fighting for dignity, so why stop myself at the first threat?”

His tweets, many of which not only reported on the latest developments but also provided mocking commentary about the region’s dictatorial leaders, gained an enormous following, notably with the widely spread hashtag #ArabTyrantManual, which was translated in many languages.

A You Tube video, posted in February 2011, of Egyptian activist Asmaa Mahfouz’s call for Egyptians to protest in Tahrir square in Cairo, featuring translation by Baghdadi, was viewed over a million times. 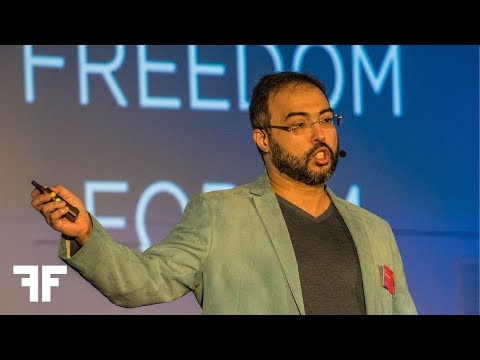 He is also the author of the two-volume Arab Spring Manifesto, in which he outlined a vision of an “Islamic libertarianism” that he hoped could become the guiding philosophy of his region in the wake of the Arab Spring.

But it’s three years later, in 2014, that he was faced with the first real consequences of his involvement. On April 30, 2014, he tweeted about his close friend, the Egyptian activist Bassem Sabry, who had just died. The next day, on May 1, UAE immigration authorities in his town, Ajman, told him that he faced a choice: either he could be imprisoned for an indefinite amount of time, or he could accept immediate deportation. The authorities did not provide any official reason for this action, as he wasn’t charged with a crime nor could appeal the decision. Baghdadi, who was 36 at the time, chose deportation. But without any country to go back to, he ended up in exile: first in Malaysia, which refused him, leading him to be stuck in Kuala Lumpur airport; then, in October 2014, he ended up being welcomed in Norway. It took him two years to get his family to Norway as well. Yet his parents and sister are still waiting to be welcomed in a safe place too, and el-Baghdadi says he is afraid for their lives.

That is in part due to the fact that in May 2019, he revealed to the press that he has been the target of death threats from Saudi Arabia, which he sees as a way of trying to shut him up, in the light of the investigations he has been leading on the Kingdom and its de facto leader MBS. He told Fanack that he did not immediately feel ready to publicize the threatst. He had already publicly said that he was involved in the Bezos case “to investigate the Saudi state-controlled Twitter campaigns against U.S. businessman and Amazon founder Jeff Bezos.” 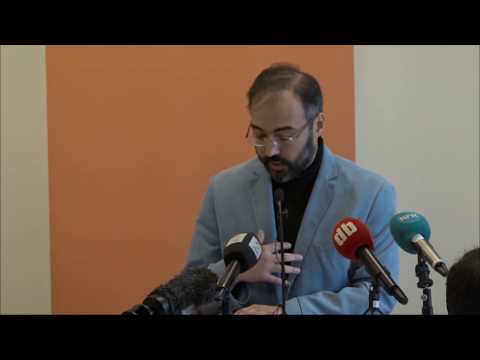 On May 13 in Oslo, the activist made a declaration detailing the situation: “On Thursday, April 25th, PST [Norway Police Security Services] agents arrived at my doorstep. They showed me their badges and asked me to come with them. They took me to a secure location and then told me that they have received a tip from a partner intelligence agency that indicated that I was the target of a threat. […] The decision to go public with the threats was not taken lightly. I started weighing the option of going public from Day 1, and the advice I received from independent security experts was that publicity would serve as a deterrent to targeting me now, since the world would be watching. It’s safer for me to be in the middle of the town square than to be in the shadows. […] Additional reporting published in TIME Magazine on May 9th confirmed that US intel had also passed tips concerning at least two other activists – Omar Abdulaziz in Canada, and a US-based activist who prefers to remain unnamed at this point. Omar Abdulaziz was placed under protection by Canadian authorities, meanwhile the US-based activist was barred from travel to certain countries he had planned to visit.”

As a friend of Jamal Khashoggi, a prominent Saudi journalist killed in the Saudi consulate in October 2018 in Istanbul – presumably on orders from MBS – and as a strong believer in democracy and freedom, el-Baghdadi feels that it is his duty to continue to expose Saudi Arabia’s crimes. “Saudi Arabia is the battlefield for now”, he told Fanack. “It’s such a large country and change is needed there. It can shut down any movement wanting freedom and dignity, like recently in Sudan. And now the time is right, as the world started to acknowledge that Saudi Arabia is a problem.”