The imprisoned Algerian blogger and citizen journalist Merzoug Touati suspended another hunger strike on 14 August 2018, at the request of his mother due to his deteriorating health. Touati started the hunger strike on 8 July to protest an “unfair conviction” and the “conditions of his detention”, he told his lawyer and human rights advocate Salah Dabouz.

“Touati strongly contests the way the trial against him was conducted, which he considers a political trial par excellence, and describes his judgement as unjust and guided by instructions from above,” Dabouz told Fanack Chronicle after talking to his client.

Thirty-year-old Touati, originally from the coastal city of Béjaïa in the Kabylie region, around 250 kilometres east of the capital Algiers, also challenged the conditions of his detention, saying he was only given one meal per day and had to buy the rest of his food with his own money. Since starting his latest hunger strike, Touati has been held in solitary confinement, consuming only water and sugar he purchased himself as the authorities refused to supply him with drinks until he halted the hunger strike, his lawyer said. The blogger, who was unemployed at the time of his arrest, is demanding his immediate release and for all charges against him to be dropped.

Touati, who has run a political blog called al-Hogra since 2015 and is not affiliated with any political party or movement, was arrested in Béjaïa in January 2017 and subsequently accused of ‘incitement to non-armed gathering’, ‘foreign intelligence aimed at harming diplomatic ties’ and ‘incitement to gatherings and sit-ins in public spaces’. In May 2018, he was found guilty of ‘communicating with intelligence agents of a foreign power that could be harmful for the military or diplomatic situation of Algeria or its essential economic interests’, ‘complicit relations with a foreign power’ and ‘inciting rebellion’. He was sentenced to ten years in prison and fined 50,000 Algerian dinars (about $422).

The charge of ‘incitement to take up arms against the authority of the state’, which carries the death penalty, was eventually dropped. Amnesty International reviewed the court documents listed as ‘evidence’ in the trial, including posts on Touati’s blog and his Facebook page before the Algerian authorities suspended both websites, and asserted in a statement that ‘there was no incitement to violence or advocacy of hatred’.

In the appeal hearing on 21 June 2018, Touati’s sentence was reduced to seven years in prison, as security forces dispersed a protest of activists and politicians marching toward the courthouse and demanding the blogger’s immediate release. About 40 people were detained, including officials and elected local representatives of the Cultural and Democratic Rally (RCD), an opposition party with a stronghold in Kabylie.

Shortly before his arrest, Touati had published posts on his blog and Facebook page critical of the 2017 budget law and local protests that erupted on 2 January 2018 in Kabylie. He condemned elected representatives and raised questions about corruption allegations and bad governance, according to the Paris-based weekly Jeune Afrique.

However, the blog post leading to his arrest and later conviction was an interview with Kiiba Hassan, the official spokesperson for Arabic media at the Israeli Ministry of Foreign Affairs, which Touati uploaded on YouTube on 9 January 2018. In the interview, Hassan denied any involvement by his government in the protests that erupted in Kabylie only days before after the Algerian government accused Israel of being behind those anti-government marches. On the contrary, Hassan described Israel’s relations with Algeria as “cordial” and even claimed that Israel maintained a liaison office in Algiers in the 1990s. 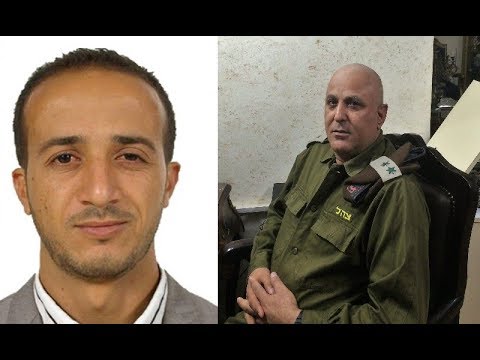 As Algeria has no official relations with Israel and portrays itself as an advocate for an independent Palestinian state, Hassan’s claim raised eyebrows in the local and international press and was considered highly provocative for the Algerian government. Dabouz, Touati’s lawyer, is therefore convinced that the interview with Hassan was in fact the main reason for his client’s arrest. However, Dabouz strongly denied that Touati is guilty of spying for Israel. “It was not the Algerian intelligence handling my client’s file rather than the police. This proves that this case is not at all a matter of intelligence with a foreign power,” he told Fanack Chronicle.