Mohamed Salah: Too Big a Star for Egypt?

Profanities filled cafés across Egypt when Real Madrid defender Sergio Ramos injured Liverpool striker Mohamed Salah with a foul in the Champions League final on 26 May 2018.

Salah, who turned 26 in June, is the most successful player in the history of Egyptian football and a national hero. For many Egyptians, he is more than just a brilliant player; he is an example of how a youngster from a simple and religious background can become a superstar. But as popular as he is, Salah is not immune to politics in the military-ruled country.

Salah started his professional career at al-Mokawloon, a small Cairo club in Egypt’s highest league. When the league was suspended after the Port Said stadium massacre in 2012, Salah left Egypt to join Swiss club Basel. Via Chelsea, Fiorentina and AS Roma, he transferred to Liverpool in 2017, where his career skyrocketed. He became the top scorer in the English Premier League, widely seen as the world’s strongest league, with 34 goals. For the 2017/2018 season, he was awarded Premier League player of the year and African player of the year. He was a key player in Liverpool’s Champions League campaign. However, after his shoulder injury in the final, Liverpool appeared toothless and eventually lost.

Salah is also a revered player in his national team. A last-minute penalty against Congo in November 2017 gave Egypt its first World Cup qualification in 28 years. Although not fully recovered during the World Cup itself in June 2018, Salah made both of Egypt’s goals – against Russia and Saudi Arabia – although the team ultimately crashed out of the tournament at the group stage.

However, he owes his immense popularity in Egypt to more than his goal-scoring skills. Born in the small village of Nagrig in the Nile Delta, his background is modest. In interviews, he appears to uphold that modesty, and has eschewed the trappings of celebrity in his public life. After scoring four goals in one match, he apologized to the other team’s goalkeeper. Neither does he deny his roots. He reportedly donated $450,000 to his home village to build a water treatment plant as well as money for hospital equipment, ambulances and school renovation. When footage of a young boy who had written M. Salah on an old T-shirt was aired on Egyptian television, Salah promptly contacted the producers and had an official Liverpool shirt sent to the child. He also refused the offer of a luxury villa from an Egyptian businessman as a reward for the victory over Congo, saying a donation to his home village would make him happier.

In addition, Salah is a devout Muslim, which is highly appreciated in conservative and Muslim-majority Egypt. He often recites the fatha (the opening verse of the Koran) at the beginning of a match and touches his forehead to the ground in Islamic prayer after scoring a goal. A video of Liverpool fans chanting “If he scores another few, I’ll be Muslim too”, in an ode to Salah, went viral in Egypt and around the Arab world. Indeed, Salah is regarded as something of an ambassador for Islam, with some arguing that he has helped to combat Islamophobia. 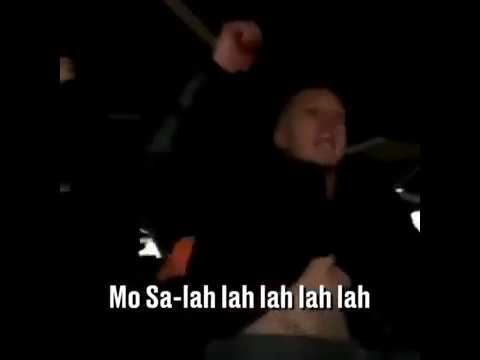 Local media have gone so far as to connect Salah’s popularity with the hopes of the 25 January Revolution in 2011. ‘For Egyptians now, Salah is the embodiment of one of the revolutionary-induced conditions: the path to a right of choice, the right to change his mind and pursue alternative paths,’ the independent news website Mada Masr wrote. ‘Salah is living proof to every young Egyptian that no one in the country needs the state to survive, or succeed.’ This correlation may seem like a long shot, but he has certainly given Egyptians something to be proud of during hard times and overall stagnation, both politically and economically, earning him the nickname ‘the happiness maker’.

Yet since the takeover of general-turned-president Abdel Fattah al-Sisi in 2013 and his increasingly authoritarian regime, no one can be bigger than the state. Retired football star Mohamed Aboutrika has been put on a ‘terror’ list of individuals allegedly affiliated with the banned Muslim Brotherhood and lives in self-imposed exile. Perhaps as a result, Salah shies away from politics and seems to want to avoid problems with the state. He donated 5 million Egyptian pounds ($285,000) to the public Tahya Masr (‘long live Egypt’) fund that is used for large ‘national’ government projects such as the Suez Canal extension and the new administrative capital. Even so, he has found himself an unwilling political pawn, either being used for political gain or smeared by pro-regime media.

In April, the Egyptian Football Association (EFA) embarrassed Salah by putting his image on the national team’s plane next to the main sponsor, telecom firm WE, even though he has his own sponsorship contract with Vodafone. ‘This is a major insult, I hoped dealings would be classier than this,’ Salah tweeted afterwards.

During Egypt’s short tenure at the World Cup, Salah once again made headlines. The Egyptian team was based in Grozny, Chechnya, which is led by regional strongman Ramzan Kadyrov. Notorious for his brutal crackdowns on dissent, Kadyrov fused Salah to bolster his image, first by posing with him in front of the international press during a training and later by making Salah an ‘honorary’ citizen of the republica.

Several media reported that Salah was unhappy at being used for political purposes and was even considering quitting the national team. The EFA has denied the reports; Salah himself has not responded.

As the rumours continue to swirl, Egyptians have not turned their backs on Salah. On the contrary, ‘I’m with Salah’ became a top trending hashtag in Egypt. It was a show of support for the footballer, whether he withdrew from the team or not, and a criticism of the Egyptian system for not allowing anyone to be successful.

Even if Salah decides to stay with the national team, he may eventually prove to be too big a star for Egypt.