Nai Barghouti, a Palestinian flute player, composer and soloist from Ramallah in the West Bank, is only 22 years old but already boasts a rapidly-growing career and a rising reputation in the Middle East and Europe.

Ever since she was born, music has been a part of Barghouti’s life. Her parents were involved in art and music and her older sister started taking violin lessons at the Edward Said Conservatory of Ramallah at a young age. Watching the news and seeing the devastating impact of war made Barghouti, at only 7 years old, eager to express herself. “I was seeing children my age deprived of simply being,” Barghouti told Fanack on 23 July. “I needed [to find a way] to express myself and [vocalize] my feelings, so I started learning flute at the Conservatory. I randomly picked this instrument, although my name, Nai, means “Arabic flute” in English.”

At a very young age, the budding artist would follow her mother, a choir singer, during rehearsals and performances. Then, at 4 years old, she started singing. “I knew from a very young age that music was something I wanted to do, but I only started to realize my dream professionally with my first one-and-a-half-hour solo singing concert at 13 years old.” Barghouti then had to study in order to deepen her understanding of, and creativity in, music, so she enrolled at the Jacobs School of Music in Indiana in the United States. However, the town of Bloomington felt too isolated and two years later, Barghouti left to study at the Amsterdam Conservatory of Music, where she graduated in May 2019 with a Bachelor of Arts degree. She plans to start her master’s degree in September.

Barghouti is notably famous for fusing jazz and Middle Eastern sounds together, having completed her degree in jazz and with much of her time spent on composing music. “I find that the influence of Middle Eastern sounds on jazz is never discussed, but it exists. Now, I’m not trying just to mix the two together. I’m working on creating a third sound that harmonizes the two sounds from their roots instead of forcing them together [superficially]. Other people are doing it, like Ibrahim Maalouf and Ziad Rahbani, but I’m more interested in the voice itself as an instrument, to see how much the voice can make music instead of just being used for storytelling. But it takes a lot of time. My father calls it “Naistrumenting,” from my name.”

Her talent has led her to perform in Europe, the US and the Middle East. “For now, I’m based in Europe because I have lots of opportunities, but my ultimate goal is to go back to Palestine and give back to the people there,” Barghouti told Fanack. “It’s my country. It was my first reason for studying art! My dream is to launch a musical program [in Palestine] that offers official degrees so the youth don’t have to leave to study abroad. I want them to have opportunities in their own country.”

That dream is the reason why Barghouti is part of the Palestinian Youth Orchestra (PYO), with whom she has collaborated several times already. “It aims to showcase Arabic music by including our own sound. I used to be a flute player, but this year I came as a soloist.” Several of her musician colleagues from Gaza couldn’t get a travel permit from the Israeli authorities, who control movement in and out of the enclave territory, to leave Gaza. 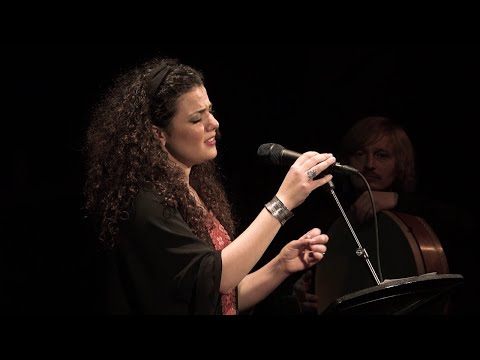 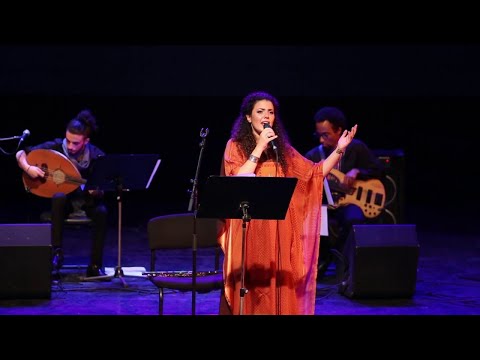 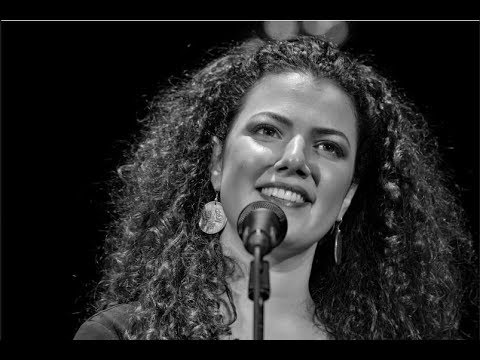 “Every year we have problems with this [issue],” Barghouti sighed. “Some colleagues cannot join, [but] we are united together with music. To me, having access to music is a human right, but in Palestine, especially in Gaza, art is a privilege. It just makes our message even stronger, [both] musically and as a statement: [that] despite those issues and rejections, despite the checkpoints, we will [still] be able to unite and make music.”

The Palestinian Youth Orchestra was created in 2004 by the Edward Said National Conservatory of Music (ESNCM) with the vision of bringing together young Palestinian musicians from around the world, having performed over the years in Palestine, Germany, France, Jordan, Syria, Bahrain, Lebanon, Greece and Italy. The PYO comprises around eighty young musicians of Palestinian origin residing around the world who meet annually for a one-week course, followed by a concert tour. Since 2012, the ESNCM has developed a partnership with the Oslo Philharmonic, where members of the Norwegian orchestra serve as coaches for the different sections of the Palestine Youth Orchestra.

Barghouti’s next performance will be in Europe over the summer, where the soloist will be performing with the Palestinian Youth Orchestra in Kristiansund, Norway, on 4 August. She will also be giving a solo performance in Vienna in September and Spain in October. In perhaps the most important performance of her life, she will also be performing at one of the largest venues in Europe, the Concertgebouw in Amsterdam, in November. The Lutfia Rabbani Foundation, based in The Hague, whose mission is to improve Euro-Arab understanding through dialogue and educational and cultural exchanges, played an instrumental role in making this performance possible; it will be Barghouti’s second time performing in the Netherlands and she will be joined by the Dutch National Youth Orchestra. Earlier in 2019, she performed at BIMHUIS.

Asked to add one last thought during her interview with Fanack, Barghouti chose this to say: “Facing obstacles will not stop us [Palestinians] from moving forward and be[ing] in the world.” With those words, it is clear that Nai Barghouti represents a critical, often unheard voice for her country. She hopes that in doing so, she will encourage others to raise their own.