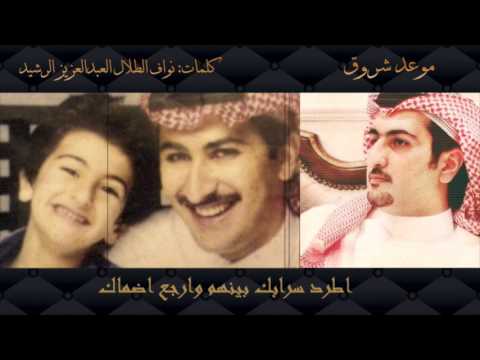 A young Saudi-Qatari prince and poet who was detained by Saudi authorities under mysterious circumstances appears to have been caught up in a geopolitical game in which he never planned to take part.

According to Human Rights Watch, 29-year-old Nawaf al-Rashid was arrested in Kuwait on 12 May 2018, after travelling there from Qatar, where he lives, to attend a dinner organized in his honour by Kuwaiti poet Abdelkarim al-Jabari, a member of the Shammar tribe to which the al-Rashid family also belongs. Video of the event shows an elaborate event attended by hundreds.

Mahmoud al-Ruwaidi, a classmate of al-Rashid’s at Qatar University, wrote that the poet ‘was welcomed like a king’ by thousands of Shammar tribesmen because of the prestige of his family, and that the festivities included dancing with swords and visits to Shammar sheikhs over three days.

He added, ‘[Al-Rashid] is a very humble guy and well mannered. He doesn’t have any political opinions. Only a young poet with no interests in politics who is loved by his tribe, family and friends. He wasn’t a member of any oppositions.’

After al-Rashid was arrested as he attempted to board a plane back home, Kuwaiti authorities deported him to Saudi Arabia, where he has been held incommunicado ever since. Saudi authorities have released no information about his whereabouts or the charges against him, if any.

Kuwaiti authorities have said only that he was deported ‘within the framework of the mutual security arrangements between the two countries’. Some of al-Rashid’s relatives and supporters have accused the Kuwaitis of deliberately luring him to the country so he could be detained. However, it remains unclear when the decision was made to arrest him or who was aware of the plan. Some members of the Shammar tribe have protested his arrest, as has at least one Kuwaiti MP, Marzouq al-Khalifa.

Al-Rashid is the son of the Saudi prince and well-known poet Talal ibn Abdel Aziz al-Rashid, who was killed in Algeria under suspicious circumstances while on a hunting trip in 2003. He was known for his love poems penned in the everyday language of the Bedouin people, and for founding a number of literary magazines.

Dr Madawi al-Rasheed, a distant cousin of al-Rashid’s and visiting professor at LSE Middle East Centre in London, said that al-Rashid was with his father when he was shot and killed – allegedly by Islamist militants, although some members of the family have questioned that account. “Nawaf suffered from that encounter,” she told Fanack Chronicle. “He was shocked.”

After his father’s death, she said, al-Rashid went to live in Qatar, where his mother is from, and took Qatari nationality. He had previously held Saudi nationality, but at the time of his arrest had only Qatari citizenship, according to Amnesty International. He was studying at Qatar University and following in his father’s footsteps as a poet, although he had not achieved his father’s prominence.

He was supposed to graduate in June, his classmate al-Ruwaidi said, and would have sat for his final exams upon his return to Qatar had he not been detained.

There has been a historic rivalry between the house of al-Rashid and the house of Saud, to which Saudi Crown Prince Mohammad bin Salman belongs. The al-Rashid clan ruled the emirate of Hail in the north of present-day Saudi Arabia until 1921, when it was defeated by al-Saud. Th clans had been at war off and on for years.

Geneva-based human rights group Alkarama, which focuses on cases in the Arab world, noted that ‘while not involved in any political activity, al-Rashid remains a well-known member of the historically significant royal family, who may be perceived as a threat by the Saudi Arabian authorities’.

Apart from the bad blood between the two dynasties, it appears that al-Rashid was caught up in the stand-off between Saudi Arabia and Qatar, which escalated in June 2017 when Saudi Arabia, the United Arab Emirates (UAE), Egypt, Bahrain, the Yemeni government-in-exile and the Libyan government based in the eastern part of the country cut diplomatic ties with Qatar.

The Saudi-led bloc issued a list of demands including cutting ties with the Muslim Brotherhood and Iran, shutting down al-Jazeera and other Qatar-funded media outlets, and handing over ‘terrorist figures’ and wanted individuals from Saudi Arabia, the UAE, Egypt and Bahrain to their respective countries.

Madawi al-Rasheed said that her cousin had not been involved in politics and described his detention as an attempt to send a message to other members of the clan as well as to spite Qatar. “He’s never been on al-Jazeera, never talked about the issue of Saudi Arabia and Qatar. He’s just like a normal citizen,” she told Fanack Chronicle. “It’s a message to any member of the al-Rashid family, including myself, that we can get you wherever you are. I think it’s a message to the others, because Nawaf himself was not political.”

The arrest comes at the same time that Saudi Arabia has detained a number of prominent women’s rights activists, ironically just ahead of the date set to lift the ban on women driving in the kingdom.

The arrests of both the activists and al-Rashid have provoked an outcry from rights groups and a statement of concern from the United Nations High Commissioner for Human Rights, but so far international action has been limited.