Andoni’s family moved back to Beit Sahour after witnessing the bloodshed in Jordan. Andoni was young when he formed his impression of a Palestinian citizen who is always at large and sidelined. When he was 20, the Palestinian uprising broke out in the occupied territories, and he was affected like many others. He and his brothers were arrested on multiple occasions and his father’s goods were damaged.

This reality shaped Andoni’s consciousness. He began asking himself the question ‘What if?’ For example, he asked: “What if there had been no occupation? What if I had lived like other human beings?” In his search for self, he said he was still asking ‘what if?’ questions at the age of 50. “A Palestinian must always ask himself this question to be able to imagine and unleash ideas. Imagination is the basis of creativity, and the lack of imagination leads to death. Imagination is what makes a Palestinian able to discover himself and his creativity.”

Andoni showed an interest in the arts at a young age. He realized that experimentation and breaking with tradition was a way to embody imagination, and he understood that the most difficult element was to discover oneself without reacting to the collective identity. Thus, he was able to define his path, first as a human being, and second as a Palestinian who shares a collective concern and has a humanitarian responsibility toward the persecuted people around him.

He chose to reflect his humanity through cinema and by presenting films that are serious and realistic but not traditional. In his latest film, Ghost Hunting (2017), he portrays the systematic torture of Palestinian prisoners in Israeli jails, without falling into the trap of stereotypical and traditional consciousness when addressing major humanitarian issues. He did not portray prisoners as absolute victims or absolute heroes but as realistic human beings who have weaknesses and strengths like everyone else. He showed that the prisoners’ steadfastness and strength lie in their belief in their right to struggle and freedom, and so he considered that the experience of imprisonment is one of the most profound ones that shapes human beings and reveals their true selves.

To achieve the desired level of reality, Andoni insisted that his protagonists be real prisoners, not actors playing a role. All of them were freed prisoners who had experienced imprisonment, interrogation and torture. Andoni said that he was “terrified” during the film premier in Ramallah in the West Bank as he waited to see the reactions of the Palestinian audience. 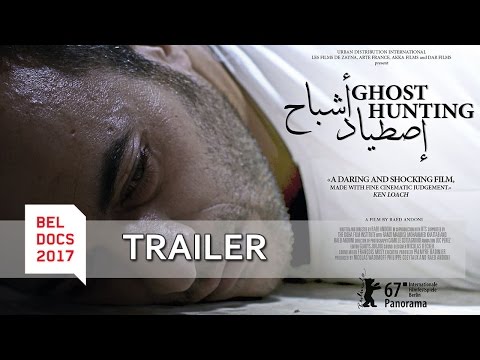 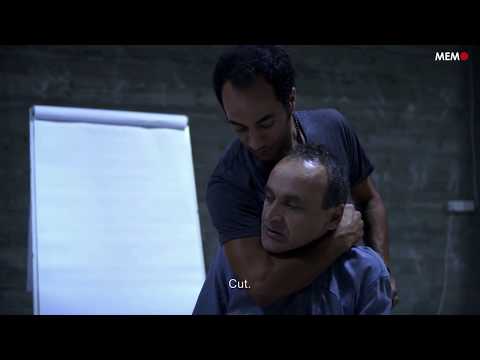 He knew that this audience would be more concerned with the Palestinian cause and have first-hand experience of it, and so they would be more capable of evaluating it than others. In an interview with Fanack, Andoni said, “The general impression and reactions of the public after the film premier was evidence of the depth of the Palestinian people’s awareness and their acceptance of an experience devoid of traditional stereotypes. It was also evidence of the ability of the audience to truly understand reality, which gave me confidence in this artistic production and encouraged me to feature it in international arenas.”

Ghost Hunting was one way to confront the Palestinian subconscious mind that, as Andoni put it, tried to deny the harsh experience of detention by aiming to get rid of its effects without actually being freed of it. Therefore, the film served as a tool to help whoever contributed to and watched it to confront the internal image of a prisoner, especially because a large segment of Palestinian society has experienced detention, and so they and their families would show an interest in the image of detention portrayed in the film.

Despite mixed reviews from critics – Variety described the film as ‘ethically problematic’ and ‘sensationalized’ – it has won a number of regional and international awards, including the Berlin Film Festival’s top documentary award. Moreover, Andoni was selected to represent Palestinian cinema at the Cannes Film Festival 2019. He said that the film’s success has increased the pressure on him to produce the same level of work in the future. He is currently working on a large project that is part of his ongoing attempt to present the Palestinian reality without stereotypes and produce a piece of art that is as good as Ghost Hunting.

Andoni has lived in France with his daughters Nadalu and Dalia for ten years, combining fatherhood with his role as an artist and a vocal supporter of the Palestinian cause. He visits Palestine regularly to experience Palestinians’ concerns first hand and understand the details of their lives under occupation.