Sammy Clark: A Voice for All Generations

This post has been translated from Arabic to English.

For generations of Arabs, Sammy Clark personified an intangible cultural heritage. By his immense legacy, he shaped the memories of a nation whether during what is known as Lebanon’s golden age (1960s) and even during its civil war (1975-1990). He sang through trials and defeats, and for hope at a time when hope was nigh. Through many ordeals, he remained, singing a song of peace.

The life of a bird with many tunes

Born Sammy Hobeika in the Lebanese village of Dhour Al Choueir in 1948, it was his mother – who had a great love for playing the piano – who instilled in him a passion for music. He would later join the military band, where he discovered and pushed the limits of his potential. His father, who was in the military at the time, insisted that he enroll in law school at Saint-Joseph University, despite his desire to study music. Sammy would eventually drop out to pursue his musical ambitions some two years later.

His first song was about his mother, who sang with him at home. The song featuring Georges and Marie-Louise Aziz, which he wrote for Mother’s Day, would be his radio debut. “I studied sound at Lebanon’s National Higher Conservatory of Music and took theatrical studies at the Faculty of Fine Arts for a year and a half. Then I went to Austria for nine months to study sound and theatre movement,” Clark recalled in an interview, emphasizing that it was his persistence that led to his debut song and career in music.

Sammy changed his surname from Hobeika to Clark, the name of a bird, to expand his worldwide reach. He sang in a number of languages, including Italian, French, English, German, Armenian, Greek, and Russian, as well as Arabic. As a result, Clark would become an artistic outlier in Lebanese pop music. His melodies were powerful, drawing from popular French tunes and European music, an influence that echoed his listeners’ creative taste at the time.

Clark possessed an operatic voice that would become his signature throughout the 1970s. He became widely-known for the “Franco-Arab” song, which he created by merging several languages and cultures.

Clark’s artistic renown began in the 1970s. He went on stage at a music festival in Greece, flaunting his modern look and iconic hairstyle, and sang “Jamais, jamais,” which recounts the story of a young Lebanese man who traveled from place to place with his guitar.

During that time, Clark collaborated with late composer Elias Rahbani, and the two spent around thirty years traveling the world, going from stage to stage.

Clark’s voice was a beacon of peace when the Lebanese civil war broke out in 1975.

His message, which promised brighter days and imminent tranquility to the Lebanese generation of the 1970s and 1980s, will be remembered fondly.

In 1976, he founded the “New Lebanon” association that brought together over 14,000 young people from both sides of the then-divided Beirut in a bid to put a stop to the violence. “My land is the land of heroism,” “homeland of love, homeland of fire,” “I come from sorrows,” “I carved my name on a sword blade,” “The revolution bus is coming,” “The people stood and raised its voice,” and “For people to live and people to die” were among the songs of his 1980s album, released during the peak of the civil war.

His voice, and his songs became a reference for nostalgia and wartime Lebanon. Even Arab dramas from the time period included a song from his catalog in their soundtracks, demonstrating that he was genuinely “the most prominent voice during the war.”

Nevertheless, the singer continued his call for peace with songs related to more humanitarian themes, such as: the Red Cross, women’s rights, and organ donation.

The voice and childhood memory

Some of Clark’s biggest hits were theme songs of cartoon series, notably animated Mazinger series “Grendizer,” which Mwafaq Shaykh Al Ard translated from Japanese to Arabic in 1979. The theme tune “Here we are, on the journey of our treasure,” which Joseph Khoury adapted into Arabic in 1983, was featured in another series, “Treasure Island.”

Those songs are inextricably linked to the collective memory of Arab children, with perpetual desire for a time of calm and purity, a time when people yearned for bravery, heroism, and salvation after having lost all. Clark’s voice was the expression of emotion, like a call, during those trying times, when crises were all that was. 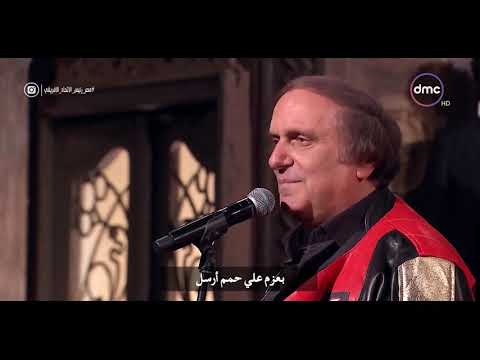 “This earth Grendizer, is a small planet

With it comes goodness, righteous love, and justice

Fight on and on until you win, with great love

And goodness”. – The lyrics to Grendizer

“One cannot approach Clark’s work with a scientific critical approach since his songs are linked to the beautiful collective recollections of our infancy,” explains musical composer Abd Al-Qobeissy. “The secret to our affection for Clark’s songs is his unique, experienced voice, which was devoid of the phony showmanship that plagues the bulk of pop artists… He was able to captivate the audience (particularly youngsters) with his genuine, caring voice.”

Sammy Clark died on February 20, leaving behind a rich legacy of over 700 songs and the realization that he had achieved his purpose of becoming “the voice of all generations.”

Frederick Nietzsche once said that man expresses himself as a member of a higher community in song and dance, and when supernatural emanate from him, he is no longer an artists, but a work of art himself. And such was Sammy Clark, the bird with many songs.