Tamim al-Barghouti has won the hearts of millions of people with his poems. His Palestinian father, Mourad, was also a poet and journalist while his Egyptian mother, Radwa Ashour, was a novelist. The  former was raised in a village near Ramallah and the latter was born in Cairo. They both studied at Cairo University. Like his parents, al-Barghouti developed the uncanny ability to describe the nuances of resistance and grief in the Arab world.

As a Palestinian, the experience of dispossession and exile shaped his upbringing and influenced his work. In 1977, the year he was born, his father was forced to leave Egypt when the Voice of Palestine radio show was shut down as a result of the Egyptian-Israeli Peace Process. For the next 18-years, al-Barghouti travelled with his family to see his father in Budapest during the summer.

“This experience made me aware, quite early on, of the question of power,” al-Barghouti told Fanack chronicle. [It made me aware] of the ability of people who I didn’t know and who didn’t know me but could still shape my life because they had titles and positions that allowed them to do so.”

By 1999, al-Barghouti had published his first poem. All the while, he was building a career as an academic in political science. But it was not until 2003 that he made a name for himself.

On the eve of the American invasion of Iraq, he was  forced to leave Egypt due to his opposition to the war, which ran counter to the Egyptian government. He stressed that the deportation was not legal but said that he was allowed to return to the country weeks later.

Refusing to be silenced, al-Barghouti published two poems about his expulsion and his views on the war. The first was ‘aluli Btaheb Masr’, which roughly means ‘They asked me, do you love Egypt’, while the second was titled ‘Maqam Iraq’, which translates as ‘Iraq’s place’. Both poems attracted attention in Egypt and across the Arab world.

Then came his poem ‘In Jerusalem’, which made him a household name in Palestine in 2007. The poem captured the very essence of dispossession by telling a tale of an aborted taxi journey to Jerusalem. The poem portrayed a city that Palestinians love dearly but that does not love them back. After the poem was recorded, his photo appeared in shops and newspapers across the Palestinian territories. Parts of the poem were even made into a ringtone.

Four years later, al-Barghouti’s poetry would fuel the euphoria of the Arab Spring. On 27 January 2011, just two days after Egyptian protestors toppled dictator Hosni Mubarak, al-Barghouti wrote and read a poem titled ‘Ya Masr Hanet’ (‘Oh Egypt, it is close’) on al-Jazeera. For the next two weeks, the recording was replayed every two hours on makeshift screens on Cairo’s Tahrir Square.

Al-Barghouti wrote in the UK’s Guardian newspaper that both the Islamists and secularists betrayed the promises of the revolution. Both camps, he argued, agreed to share power with the American-trained and funded SCAF. 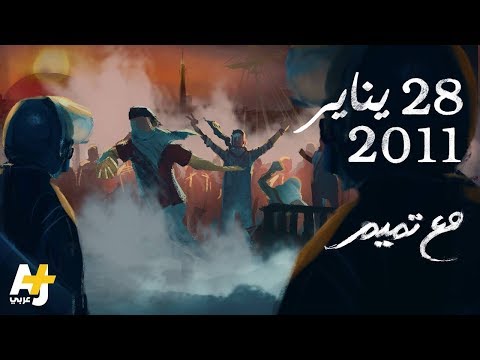 As a political scientist, al-Barghouti correctly observed that the army was exploiting the political divide to hijack the country. He later remarked that the current military regime in Egypt is the “worst of the century”.

Soon after the coup, al-Barghouti began translating many of his poems into English with the help of his mother. Reflecting on the experience, he  said that his mother alleviated the difficulty of translating emotions and myths that he prefers to convey in Arabic.

“She would liberate me from this feeling I get whenever I’m speaking in English or writing in English, which is that I’m swimming in a sea of jelly,” he said. “She would try, with these huge, huge wings – like the Egyptian goddess of justice – to separate the waves like Moses and allow me to move.”

After his mother died in 2014, al-Barghouti dedicated most of his time to finishing off the translations of his poems. In 2017, In Jerusalem and other poems was finally published in English. The Palestinian online newspaper, Electronic Intifada (EI), gave the book a raving review.

‘[The collection] is redolent with anger that springs both from the poet’s life as the son of an exiled Palestinian and as an activist in the movements for change in the form of the uprisings that swept through the Arab world in 2010,’ wrote EI’s Sarah Irving.

Al-Barghouti has assumed the role of the public intellectual, arguing that poetry is not merely produced through the written or spoken word but also through the heroism of ordinary people.

“Sometimes people make poetry with their feet,” he told The New Yorker. “[For instance, the sight of] a little kid standing, facing a tank in Palestine. Faris Odeh, a 14-year-old boy. He lost his life. That act of courage is a poem, right there. I didn’t write anything. I just read it off his feet.”

Besides his poetry, al-Barghouti writes for Lebanese and Egyptian dailies and has authored two academic books. But he will be remembered first and foremost as a people’s poet. He currently has a program on AJ+ that is gaining in popularity.

In a region where poets are jailed for their honesty, he has never compromised his principles to appease those in power. Perhaps that is why his poems resonate so widely; they describe the resilience that he sees in an increasingly cruel world.

“I read the poetry that people smuggle between the folds of history, and write my own,” he told Fanack chronicle. “Both these endeavours should be done in ways that are, hopefully, unique.“