Young, dynamic and passionate about sports: this is how Tamim bin Hamad al-Thani is usually portrayed in the media. People close to him describe him as friendly, confident and open as well as savvy, careful and calculating. He succeeded his father, Hamad bin Khalifa al-Thani, after his abdication and became emir of Qatar on 25 June 2013, at only 33 years old.

Al-Thani is the youngest monarch in the six countries that make up the Gulf Cooperation Council (GCC), and the youngest sovereign in the world. His father handed him power in a televised speech, making him the first ruler, in a succession of three Qatari rulers from the al-Thani family, to ascend to the throne without resorting to a coup.

He has been married to his second cousin, Jawaher bint Hamad bin Suhaim al-Thani, since 2005, and to Anoud bint Mana al-Hajri since 2009. He has six children.

Before taking on the biggest role of his life, he attended Sherborne School, Harrow School and the Royal Military Academy Sandhurst in the United Kingdom. On his return to Qatar, he held various high-level positions, including president of the Qatar National Olympic Committee, deputy commander-in-chief of the Qatar Armed Forces, chairman of the Supreme Education Council and chairman of the Qatar Investment Authority, the country’s sovereign wealth fund. Yet he is perhaps best known as chairman of the committee organizing the 2022 FIFA World Cup. It was under his leadership that Qatar won the bid to host the prestigious sports event.

As the new emir, he acted quickly to reform mainly official institutions, such as the Qatar National Food Security Programme, which he incorporated into the Ministry of Economy and Agriculture. He lowered the price of products sold by companies working with the programme and cut the budget of other programmes, including the Qatar Foundation and Qatar Museum Authorities. An advocate of efficiency and discipline in government activities, he made the unusual move of appointing a non-royal, Khalid al-Attiyah, as foreign minister in 2013, followed by Mohammed bin Abdulraham al-Thani in 2016. He also merged several ministries, including communication, transport and culture, and youth and sports, and appointed a woman – only the third in the country’s history – as minister of communication and information technology. By shaking up the cabinet his father had put in place, he proved to be decisive yet pragmatic, reducing government spending by merging institutions and ministries.

He also set about improving the country’s infrastructure. He expanded the roads around the capital, and built a new metro system and airport. Yet not all his changes have been well received. In 2014, he passed cybercrime legislation that criminalizes online insults of all the region’s royal families, sparking controversy in a country where human rights are already fragile. 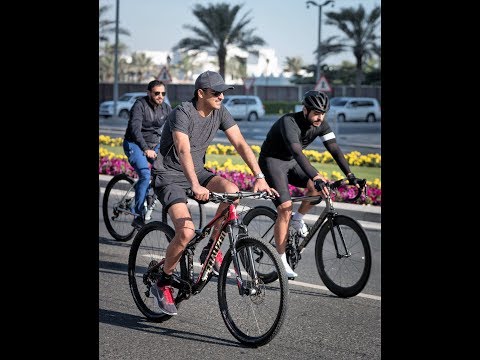 However, arguably his most important role is around foreign affairs. When he came to power in 2013, Qatar looked like a permanent regional player after the Arab uprisings in 2011. “The Muslim Brotherhood was everywhere at the time, so Qatar [which supports the organization] had a powerful position,” Mouin Rabbani, co-editor of Jadaliyya, an independent online magazine, told Fanack Chronicle. “But then there was a reversal in countries like Egypt and Tunisia, and a reassertion of dominance by Saudi Arabia [which opposes the organization]. I think that part of the motivation for the succession in Qatar was to decrease the hostility from neighbouring countries about its regional role, which was very focused on the previous emir and personalized. In this context, the succession sought to remove the personal element from this hostility, and demonstrate via the new emir that Qatar’s regional policies would remain largely unchanged.”

He went on: “In 2014, the new emir was tested by the Saudis and Emiratis with the aim of changing Qatar’s regional policies, and after the crisis was resolved there was an improvement in relations, notably with respect to the Iran nuclear deal and Syria. But this proved to be temporary and was followed by the much larger crisis that persists until today.”

In June 2017, Saudi Arabia, Bahrain, Egypt the United Arab Emirates and the internationally recognized Yemeni government severed their diplomatic relations with Qatar over its alleged support of terrorism and imposed a land, sea and air blockade.

In reaction, al-Thani strengthened his ties with Turkey and Iran. He had already signed a military cooperation agreement with Turkey in December 2014, which was followed by cooperative agreements in education, maritime transportation and correspondence pacts between intelligence agencies. Qatar’s investments in Turkey exceed $20 billion, and Turkey has a military base in Qatar. “That’s how Qatar managed to minimize the impact of this campaign,” Rabbani said. “It also played very effectively on the divisions within the American government on this issue. Globally, there is little appetite for it to escalate. Even the GCC is divided, as Oman and Kuwait have remained neutral on the matter.”

Al-Thani seems in a position to hold the fort a little while longer, preserving Qatar’s sovereignty and position in the region. But it will take more than a sporting spirit to bridge the diplomatic divide.