Fanack Home / Family Law and Minorities / Despite the Consequences, Women Speak Up Against Harassment in Egypt

Despite the Consequences, Women Speak Up Against Harassment in Egypt

At minute 62 of the Africa Cup match between Egypt and South Africa on 6 July 2019, Egyptian player Amr Warda entered the field. The audience in the Cairo stadium cheered, just as they did with every Egyptian player. Warda, however, was not just any Egyptian player.

In the days before the match, Warda was discredited over allegations of sexual harassment when the Dubai-based, Egyptian-British model Merhan Keller disclosed several sexually explicit and intimidating messages she had received from Warda; several other women followed suit with similar stories.

Once the messages became public, Warda was suspended from the team. However, less then 24 hours later, after global star and fellow Egyptian player Mohamed Salah pleaded on Twitter for Warda to be given a “second chance” and Warda himself posted a video apologising to his family and team members–but not the victims– he was reinstated. Salah, who had spoken out in support of women’s rights in the Arab world only a few months earlier, faced criticism for expressing support for Warda and especially for his use of the term “second chance,” given Warda’s multiple earlier transgressions.

That day in the stadium, however, the audience cared more about Egypt’s mediocre performance on the field than Warda’s harassment record. Moreover, in the days after Egypt’s painful defeat, Keller became the victim of an online smear campaign accusing her of distracting the players with her public accusations against Warda and therefore being at fault for the team’s loss.

Nafisa El-Sabbagh, a journalist specialising in women issues, believes Egyptians cheering for Warda despite Keller’s accusations is the result of a “severe social disorder.” Warda’s behaviour is deeply rooted in Egyptian society, she explains, and most people do not want to look in the mirror and see their own part in this phenomenon. “Women also create this culture: they recycle [perpetuate] oppression as they do not want to be alone [in facing it],” she told Fanack.

From 2018-2019, a number of Egyptian women came out with stories of being sexually harassed, perhaps encouraged by the female-empowerment-focused #MeToo movement. However, in most cases, just as with Keller and Warda, the women faced far more negative consequences than the alleged harasser.

In August 2018, an Egyptian woman named Menna Gubran posted a video of a man on the street asking her out for coffee. She later explained that the man had been following her as she was walking and only backed away when she started filming him. Egyptians reacted to Gubran’s video with a heated debate: was the man actually harassing her? Was Gubran overreacting? Was she herself to blame for the incident because of the way she was dressed?

Such street harassment is endemic in Egypt. While the government has passed a law criminalizing harassment, the situation has not visibly improved. In a Thomson Reuters poll in 2017, Cairo was ranked the world’s most dangerous megacity for women. “Protecting women in the street is not [but should be] part of the basic beliefs [values] of the police, as they [the women] are also part of this society,” El-Sabbagh said. Still, she remains hopeful and believes the new law is a positive first step. “The state is aware that harassment is harmful both politically and economically, as it pushes tourists away, for example.”

In the end, the man on the street gained cult figure-status as a result of his tacky pickup line, while Gubran said she lost one of her jobs over the incident, felt forced to close her Facebook account, and faced repeated online shaming. Fanack attempted to contact her but received no response. She is now back online and works as a visual artist.

“Menna is no longer the victim but rather the victimizer, the whore and the fame seeker, while the man is a celebrity and influencer now,” Egyptian blogger Zeinobia wrote. “Many girls have been in Menna’s position and, even worse, will not report it to the authorities for fear of social backlash,” she added.

Weeks after Gubran’s video, journalist Mai El-Shamy filed a lawsuit accusing her chief editor at the pro-regime newspaper Youm7, Dandrawy El-Hawary, of harassment. Youm7 and other pro-state media were quick to insinuate links between El-Shamy and the Muslim Brotherhood, framing her harassment accusations as politically motivated. The court dropped the case over a lack of evidence; it was his word against hers. El-Shamy was fired; El-Hawary remains in his position.

In another harassment case that surfaced within the ranks of the opposition party Bread and Freedom in October 2017, the outcome was different. The accused, lawyers Khaled Ali and Mahmoud Belal, resigned from their positions in the party and the non-governmental Egyptian Centre for Economic and Social Rights.

In some cases, the consequences of speaking out are more extreme. After also being harassed in the street, Amal Fathy posted a video on Facebook in which she accused the government of not protecting women. The post went viral and Fathy was subsequently arrested and sentenced to two years in prison for “spreading false news with the intention of harming the state.” A Lebanese tourist who ranted on Facebook about being harassed in Egypt suffered a similar fate. She was arrested in May 2018 and sentenced to prison for eight years for “insulting Egyptians.” She was eventually released a few months later and deported back to Lebanon after a judge amended her sentence. About both cases, El-Sabbagh explained, “when the state feels insulted, that takes priority over combatting the actual harassment.”

President Abdel Fattah Al-Sisi announced in March a number of directives in support of women’s emancipation, including one to draft further legislation on the protection of women from “physical and emotional” violence. In 2017, Al-Sisi refuted the Thomas Reuters report’s conclusion that Cairo was the worst city for women, but acknowledged sexual harassment is a problem, telling Egyptians “the woman has to be appreciated.”

In addition, Egypt’s highest Islamic authority, Al-Azhar, said in August 2018 that sexual harassment cannot be justified by how a girl dresses and is in fact prohibited in Islam at all times.

The latest case stirring a debate is the detention of a 15-year old girl, Amira, over killing a minibus driver who was trying to rape her. According to the preliminary investigations, Amira was lured into a trap by her boyfriend and several of his friends. She managed to take the knife from her assaulter and stabbed him multiple times. As a result, she has been accused of murder.

Despite women generally facing negative reactions when they go public with harassment stories, El-Sabbagh sees a positive side. “Online discussions make people who do not usually think about [harassment] talk about it.” She believes a process has been set in motion and, as a result, society is changing. “The young generation refuses to continue [maintain] the current situation. Every case that appears in the media stirs discussion, and more and more people are supporting the [women’s] cause.”

Initiatives to enhance this progress include Harassmap, which aims to empower people to stand up against harassment, and HerStory. The latter is supported by UN Women and aims “to produce and disseminate knowledge about gender equality issues and women and girls’ lives and contributions in the Arab region.” One of the ways HerStory wants to achieve this is by creating Wikipedia pages on women in the Arab world.

“Wikipedia can be a useful vessel in advancing knowledge about women, women’s achievements, and gender inequalities,” HerStory said in a statement to Fanack, explaining that, as of January 2018, only 4.2% of all Arabic Wikipedia articles were related to women, while globally the rate is 15%.

Following Amr Warda’s case, HerStory moved to update his Wikipedia page with the publicly available information on the harassment cases against him. “We felt that the case was being swept under the rug and would be forgotten. We felt there was no justice for the victims who lost even more of their privacy, [faced] an increase in online harassment, including intimidation and threats, and lost their jobs or relationships within their families,” HerStory said.

Like El-Sabbagh, HerStory believes change is happening. “When we posted about the changes in Warda’s Wikipedia page, we received so many messages and [words of] encouragement. We need to keep our stories vivid and live[ly] to be able to proceed with better practices [in future cases].” 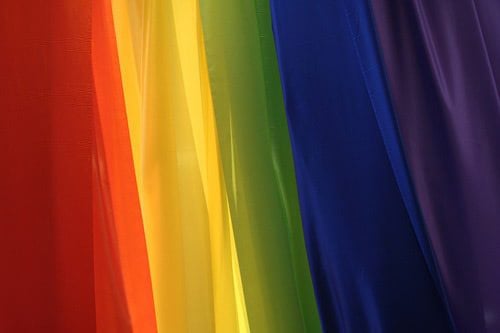