Israa Ghrayeb succumbed to her injuries on 22 August 2019, after she was hospitalized following what many activists labelled an honour killing, triggering a wave of outrage and protest in Palestine.

Citizens have risen up against what they claim are long-standing issues in the country stemming from outdated jurisprudence and relaxed attitudes towards those responsible for gender-based violence and holding them to account. Not only have they demanded #justiceforIsraa through a full investigation into her death but also a change to Palestinian laws and acknowledgment of the systemic issues that could perpetuate violence against women.

Ghrayeb was a 21-year-old make-up artist from Beit Sahour, a town near Bethlehem in the occupied West Bank.

She posted a video of herself and her fiancé spending time together on Instagram. Some reports claim the family knew about the engagement, but for some conservative Muslims the pre-marriage outing was inappropriate and would bring shame on the family.

It reportedly triggered male relatives to beat Ghrayeb to death. An audio recording made by a nurse was circulated by Ghrayeb’s friends in which a cousin can allegedly be heard complaining to her brother about the video.

Her family released a statement countering this claim, stating Ghrayeb jumped off a second-story balcony, subsequently breaking her spine and cutting her face. The statement said that she had been ‘possessed by demons’, for which was receiving ‘treatment’ from local Muslim clerics.

The incident was for some an opportunity to slam Islam and Arab culture. Others pointed to colonial origins of laws around so-called honour killings, in particular France’s Napoleonic-era penal code of 1810 that tolerated ‘crimes of passion’ and were not abolished in France or Italy until 1975 and 1981 respectively. Many of Palestine’s laws were also inherited from Jordanian regulations pre-dating the Israeli occupation and the establishment of the Palestinian Authority (PA).

Archaic laws that remain in Palestine have largely lacked reform, leading women’s rights groups to point the finger at the PA, saying the leniency it offers allow those who commit honour killings to go unpunished, with the state reluctant to interfere in the private sphere.

Palestinian police spokesperson Louay Arzeikat maintained that honour killings had declined in recent years, saying, “Murders defined as so-called ‘family honour’ killings no longer exist in our society, and we do not recognize this term.”

He added, “Our society respects women and helps and supports them and allows them to work and be a partner in life and its struggles.”

According to women’s rights researcher Halima Abu Salb, in order to comply with the women’s rights conventions in international law, to which the PA is a signatory, there would need to be an overhaul of the laws around family protection to ensure domestic violence and child abuse is treated as robustly as other crimes.

There have been a series of reforms since 2011. For instance, the nullification of articles 98 and 99 of the penal code, which ‘grants judges the ability to dramatically reduce sentences’ if there are ‘extenuating circumstances’, finally happened in 2018.

But according to Amal Abusrour, director of programmes at the Women’s Centre for Legal Aid and Counselling (WCLC), more could be done to combat femicide as often the crimes are simply disguised as suicides. The organization has noticed a rise in the number of suicides registered following suspicious deaths.

Sometimes the woman is forced to commit suicide, or the case is simply reported as a suicide, without an investigation, said Abusrour. “What we need is to have holistic, comprehensive, legal reform in order to protect women and support the victims to have access to justice.”

Fared al-Attrash from the Independent Commission for Human Rights in Palestine suggested that there needs to be a more institutional and programmatic approach, and those responsible for legal policy should be well-versed in gender equality and combatting violence against women. In addition, he said, “New laws must be accompanied by awareness programmes.”

Despite a purported decline in gender-based violence, according to the PA, UN Women said almost 30 per cent of all married women in the West Bank and 50 per cent in Gaza ‘have been subjected to a form of violence within the household’.

Amnesty International reported that in 2018, 21 Palestinian women and girls were victims of honour killings. Other groups said that 18 women have been killed so far in 2019.

Femicide, including in the context of honour killings, is also said to be symptomatic of wider marginalization of women and their resulting victimization, which is particularly prevalent in patriarchal societies but occurs all over the world.

There is also evidence to suggest that domestic violence or gender-based violence is more likely to occur in more troubled situations, where there are more systemic societal problems linked to economic hardship, conflict and insecurity.

Abusrour highlighted that Palestine is faced with not just patriarchal norms but also the violence of occupation, as oppression by one actor is transferred to those bearing the brunt of it to more vulnerable members of the community, in this case women and children.

Other Palestinians lament that societal issues outside of the occupation that require attention have been put on hold until there is “national liberation”, as Riya al-Sanah, a co-organizer of the recent protests, told Middle East media group al-Monitor, adding, “What kind of liberation are we talking about if it doesn’t include women?”

Three of Ghrayeb‘s family members were eventually arrested. However, the Palestinian Attorney General Akram al-Khatib ruled that honour killing was not a factor in her death.

Despite this, some protesters were happy with the outcome and the case has sparked dialogue inside the West Bank including via film. The theme for the sixth annual Palestine Cinema Days festival is set to be ‘No Means No’ and will explore honour killings over the course of the event.

Ghrayeb’s shocking death has triggered the outrage necessary for serious action to be taken, but individual acts of justice, while important, might not be enough to combat systemic issues related to violence against women. Deeper institutional reform may be necessary for long-term and more radical change. 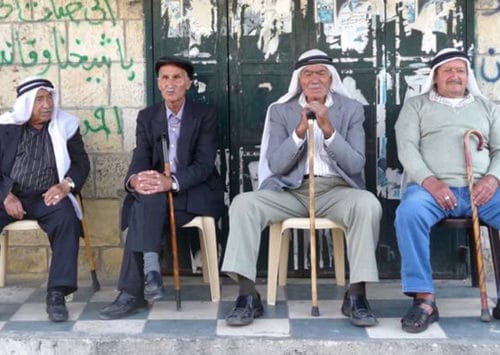