Fanack Home / Family Law and Minorities / In Jordan, the LGBTQ+ Community Is Not Criminalized But Still Stigmatized

In Jordan, the LGBTQ+ Community Is Not Criminalized But Still Stigmatized

Jordan is one of only three countries in the MENA region, alongside Bahrain and Iraq, where same-sex activity is not illegal. This has been the case since the country abandoned the British Mandate Criminal Code Ordinance and adopted its own Penal Code in 1951. However, homosexuality is still not accepted socially.

The fact that homosexuality is not illegal does not make Jordan a gay-friendly country. According to Equaldex, no legal protections exist to protect LGBTQ+ people from being discriminated against for housing, employment or in other arenas, so they can be harassed without being able to sue. They can join the army but not get married.

“People do not fear the law, it’s more about the rejection that can come from the family, and social stigma,” Neela Ghoshal, Human Rights Watch (HRW) senior researcher on LGBT rights, told Fanack. “LGBT people describe their society as being very traditional and find that obtaining acceptance from their family and friends is their biggest challenge.”

Musa al-Shadeedi, an Arab writer who defines himself as queer, an umbrella term for sexual and gender minorities who are not heterosexual or cisgender, and an intersectional feminist, said, “The situation in Jordan is not so different from the rest of the region I guess, or at least according to my experience and the information people I meet provide me with. People lose privileges when they are identified as gay because it’s a patriarchal society, but it’s also really connected to gender and mostly class. We have no safe house in the region. Rich people can manage without their family, the others are very scared to be outed. At least, from what I know and what I hear, no one has been killed for being gay in Jordan.”

In 2018, HRW published a report called No longer alone, a collection of stories from the MENA’s LGBT community. “The purpose of the testimonies was to reach out to LGBT people, who often fear they don’t have a community to relate to, and also show to others that this exists, that these people are sympathetic characters who can be seen as human and have interesting things to say,” Ghoshal told Fanack.

“I hope it helped in Jordan. At least there is a space for gay people there, in the art scene notably because they can spread messages without having to preach it to people, and they have the magazine My.Kali. It is positive to have a space like this. Of course, moral indecency laws could be used against the LGBT community, but it’s not the case in Jordan.”

Khalid Abdel-Hadi, My.Kali’s editor-in-chief and creative director, appeared in No longer alone. He defines the magazine as a queer and feminist publication, established in 2007 to create a space for expression. “We are often perceived as a controversial publication, which wasn’t liked by gay activists until 2015, when we started to talk about important things, like gender and feminism, and develop our content instead of just the look of it,” Abdel-Hadi told Fanack.

“We became referenced and liked because of stronger and more nuanced content. A lot [of Jordanian media] try to demonize us or generalize our content too much, or even use it to divert people’s attention from important political actions. But we learned how to answer without targeting media through statements. We don’t feed the fire, because if we are described as ‘pornographic’, people can check and see it’s not true. Now, our content is often used for people to send to family members and friends in order to start the conversation or check what their reaction would be to homosexuality.”

He thinks the situation has evolved positively for Jordan’s LGBT community since 2007, notably with regards to the vocabulary used to describe it. “The media were saying ‘devil worshipers’, then ‘perverts’ and now they use more ‘homosexuals’, which is a good sign,” he said. “There is also more representation in the media, they are less scared or embarrassed to talk about it. Also, there are multiple resources available on the matter, which is healthy I think, and not just our magazine.”

For example, My.Kali does not shy away from exploring the impact of religion on the perception of what is ‘normal’, from debunking the patriarchal myth of honour to putting a trans man on the cover.

All of this signifies that the LGBT discussion is in the public sphere in Jordan, although it may be a discussion that is still more accepted in the higher social classes. However, protection from discrimination needs to be put in place in order for the LGBTQ+ community to feel truly safe. 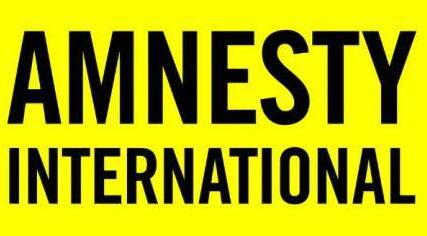