Morocco and Tunisia Tackle the Taboo of Inheritance Law

Inheritance law remains a bastion of inequality in North Africa and the wider Islamic world. The lack of civil family law in the region creates numerous obstacles for women and gender equality. Instead of civil courts, religious courts handle marriage, divorce, custody as well as inheritance and other legal issues that ultimately disadvantage women. Although Morocco and Tunisia are among the few countries that operate civil courts for family matters, inequality still exists in the form of inheritance law, which is based on a patriarchal reading of the Koran and states that women should inherit half as much as men. Indeed, Islamic jurisprudence generally gives women half of what it gives men in inheritance. It also makes men financially responsible for women, although this depends on specific circumstances and the degree of kinship.

However, since 2014, debates on inheritance law in Tunisia and Morocco have emerged. This is not the first time the subject has been raised, but 2018 is the first time that civil society and other groups have called for tangible legal reform in this are and the first time that decision makers in the two countries have responded favourably. Hence, in a speech that coincided with National Women’s Day, Tunisian President Beji Caid Essebsi announced the creation of a committee that would consider ensuring equality between men and women in all fields, including inheritance. This is a big step forward, especially because in 2016, 27 members of parliament presented a legislative initiative to change the inheritance system but were met with fierce opposition. For Essebsi, the Tunisian context is ripe for change, and even though it requires a reinterpretation of religious texts, a review of civil codes that govern inheritance is part of the promotion of equality, itself “the foundation of justice and the basis of life in a community”.

Essebsi’s intention to reform inheritance law was praised by most progressive women’s associations in the region, and huge crowds of both women and men marched to support it. However, not everyone is happy.

In a recent Washington Post article titled ‘Don’t Fall for the Tunisian President’s Fake Feminism’, the Tunisian scholar Asma Ghribi wrote: ‘I refuse to accept the destruction of democracy as a price for this achievement. We should be able to have equal rights as women without having to sacrifice our right to good governance, rule of law and justice for the victims of oppression. We should not have to choose … . Essebsi’s embrace of faux feminism even as he chips away at the foundations of democracy is part of a larger pattern. He is following the same strategy as the dictators he once worked for: trumpeting progress on women’s rights to hide his anti-democratic practices from the eyes of the West.’

The controversy around inheritance equality is linked to the capacity of a Tunisian woman to marry a non-Muslim. A Tunisian woman continues to inherit half of what her brother does, in accordance with Koranic law, and unlike a man, her eventual marriage to a non-Muslim remains invalid in the eyes of the state. This is in accordance with a 1973 circular, which Essebsi pledged to repeal.

“This initiative is dangerous and surprising; is this the right timing? Is this really a national priority today, given the economic and social context prevailing in the country? Shouldn’t we be more concerned with the development of the country?” wondered Monia Ibrahim, a member of the Islamist Ennahda party, in an interview with France 24.

In Morocco, the debate on inheritance law was initiated by the National Human Rights Council (CNDH), when it raised the issue of revising the family code to guarantee equality between men and women in inheritance, in compliance with Article 19 of the constitution. Here too, the debate is controversial and has triggered heated discussions on- and offline.

Most women’s rights advocates and some political parties, including the Authenticity and Modernity Party (PAM), welcomed the initiative, The ruling Islamist Justice and Development Party (PJD), however, called the proposal an ‘irresponsible move’ and a ‘flagrant violation’ of the constitution.

According to Saad Guerraoui from The Arab Weekly, the inheritance debate in Morocco has galvanized religious and secular scholars as well as activists and politicians. For example, preacher Mohamed Abdelwahab Rafiki said that Tunisia had taken a bold step that should be considered in Morocco.

Whatever the opinion of the Moroccan or Tunisian people, the debates on inheritance have lifted the taboo that has surrounded the issue for decades. In both countries, equality of the sexes is inscribed in their post-Arab Spring constitutions. For many women’s rights organizations, inheritance is first and foremost an economic issue whereby men are reluctant to share their wealth even if women contributed to building it. Men have long argued the ‘sacredness’ of the inheritance law while “there are many things that are more sacred, such as the illegality of usury”, said Saida Idrissi, president of the Democratic Association of Moroccan Women. “We will launch the battle for equality in inheritance and claim our rights.” 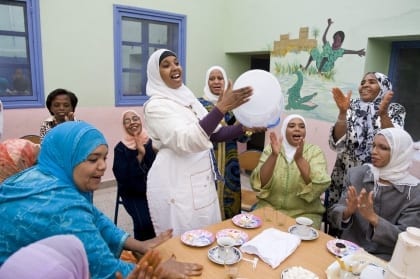