Al-Atwani: Declaration of Homosexuality or Rebellion Against Social Norms?

It is no secret that the majority of Iraqis, like other countries of the Middle East, have lived since ancient times according to certain harsh laws, not constitutional but customary, which arose a long time ago in this country and still is.

Therefore, no matter how simple, any attempt at rebellion will be suppressed by the parents first, then by the surrounding society, up to the unjust laws.

That is what happened with the Atwanists. After these young people became stars because of the videos posted on social media, crackdowns began to pour down on them. Some only mocked them since they were described as aliens. Others went beyond that to accuse them of being the leading cause of the spread of the Coronavirus, according to the statement of the leader of the Sadrist movement, Muqtada al-Sadr.

Zuhair al-Atwani, also from Sadr City, is the central figure and the launch point of this phenomenon. He is an Iraqi photographer who has gained tremendous popularity on social media because of the weddings he records and uploads. These records include details of the groom’s life, such as photographing him while shaving, wearing the wedding suit, and photographing his friends before and during the party, focusing his lens on the male dancers’ bodies, with their facial makeup and their bizarre hairstyles.

Al-Atwani’s videos show the groom, who is often under 18 years old, surrounded by friends of his age, dressed in bright clothes and unusual hairstyles, with a loud and strange celebration that begins with the song “Sourni Ya Atwani – film me Atwani” as the official and main anthem of these “Atwanist” youth.

The young groom’s age is most noticeable about these weddings, which highlights the underage marriage in Iraq. It is often guided and supported by parents, despite all the misery and unhappiness they live.

They Don’t Resemble Their City

Formerly known as al-Thawra, the city dominated by Shiites was founded by the leader Abd al-Karim Qasim, east of Baghdad, after the July revolution of 1958, who moved hundreds of thousands of slum dwellers to the area. Later on, it turned into Saddam City after Saddam Hussein ascended to power in the late 1970s, to eventually become Sadr City post the American invasion of Iraq in 2003, after Sayyid Muhammad Muhammad al-Sadr, Muqtada al-Sadr‘s father, the Shiite marja’ who formed the Mahdi Army militia to fight the American presence.

This city is home to many sports stars, poets, and intellectuals, such as singer Hatem al-Iraqi, Eensjam al-Garawi, a defender of women’s and children’s rights, Muntadhar al-Zaidi, also known as the shoe-thrower, and the popular poet Kazem al-Kate and many others.

Despite its simplicity and its societal and religious legacies, the harsh conditions and political fluctuations it went through, and that its people were used as fuel for all the internal and external wars that Iraq fought since the era of Saddam Hussein, through the sectarian wars waged by the Mahdi Army, after the bombing of the shrines of Imam Ali al-Hadi and Imam Hassan al-Askari in Samarra in 2006, until the war waged by the Popular Mobilization against the Islamic State after it took over large parts of the northern and western regions of the country.

Until the inception of this rebellious generation, which broke the taboos set by previous generations, did not believe in symbols or names beyond criticism and did not care for the whirlpool of sectarian and religious discourse, nor the lifestyle that its parents and grandparents followed. 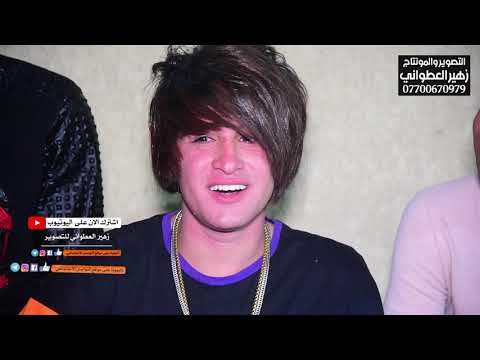 A wedding where some Atwanists participated in Iraq.

Although the city is administratively located within Baghdad, most Baghdadis treat the residents of Sadr City as outsiders. They even call them “Germans” and “Atwanists”, with a look of disgust and hatred because of this their clothes and strange hairstyles when they go to markets and public places on holidays and occasions, as they try to integrate with the Baghdadi community.

Besides, a large percentage of the Atwanists, who constitute more than 40% of the city’s population, are adolescents. Due to the difficult economic conditions, they have not had the opportunity to obtain a good education, specifically during the siege imposed on Iraq in the 1990s and the consequences of the American invasion.

Most of these young people are cleaners or scrap and gas canisters sellers. They spend most of their day doing the simple jobs that provide them with their daily sustenance; while they spend a little time in the popular cafés located inside the city, they have no time for walks or fun or enjoying their lives.

The Atwanists, like most of this city’s residents, live at the height of misery and distress. So, on any occasion, and because of the isolation they are forced to live in, they dance and sing on Eid days and in public parks, in their way, which although it is alien to others, does not affect their privacy and never compromise their dignity.

The Atwanists are accused of being homosexual because of their appearance, unfamiliar makeup, and hairstyles that appear somewhat feminine to Iraqi society.

This accusation is serious in a conservative city like Sadr, as gay, lesbian, bisexual and transgender people face legal and social challenges from heterosexuals. They are subjected to murder, bullying, and deprivation of some positions in the Iraqi state. The same thing happened to some homosexuals in different periods from 2003 until today.

The family of the dead cannot even demand retribution, fearing armed militias and factions, which often claim more than 80% of the killings, and fearing the traditions of Iraqi society that rejects homosexuality.

However, there are no women in the parties of the Atwanists, except for scenes of some elderly women. An example was the groom’s mother or his grandmother. It is an explicit indication that it is for males only, although it is a rebellion against societal customs and traditions, as females have no role or right to participate in it, not even for the poor bride, as she rarely appears in their video parties.

The guns and cold weapons are and still are strongly present on all occasions, as evidence of masculinity, perhaps in addition to the powders that give the skin a pink colour.

The recent protests reduced the gap between the youth of Sadr City and the youth of other Baghdad cities. At the beginning of the October revolution, these young Atwanists, who had always been ostracized and isolated from the rest of Baghdad by the armed groups controlling the region, were at the forefront of the enthusiastic protestors in the 2019 protests against the ruling political parties.

In those days, the blood of these young people was the most beautiful image of heroism. They assisted in transporting the wounded, organized demonstrations, provided medical aid, and many more. Many of them were shot dead by the militias and security forces, who spread their snipers at the city’s entrances and exits and surrounded them in popular squares and markets until darkness covered their city.

Their innocent images, which we see at weddings, with those smiling, adorned young faces, colourful clothes and childish haircuts, became a decoration in crowded homes, poor streets, and graves.

Since their birth, these little Atwanists did not live one beautiful day, so they tried various ways to search for a small joy.

They rebelled against customs first, then against false politicized religion and false thoughts and beliefs. When the revolution broke out, they found in it a continuation of their rebellion against outworn customs and traditions and against the traditional authorities that never helped them get out of their bitter reality. Instead, they twist the knife in their wounds and offer nothing but oppression, regression, false promises, and bullets.

Al-Mahmoudy, M., Raseef 22, This is how the city of the Four Names arose…a history of poverty and blood on the fringes of Baghdad, July 2020. Link: https://raseef22.net/article/1078984-هكذا-نشأت-مدينة-الأسماء-الأربعة-تاريخ-من-الفقر-والدم-على-هامش-بغداد.