During a discussion at the Munich Security Conference from 15-17 February 2019, the Iranian foreign minister was pressed to provide an explanation for the arrest of five environmentalists, some of them the dual citizens of Western countries, in January 2018.

The arrests, by the Islamic Revolutionary Guard Corps (IRGC), attracted the attention of the Western media at the time and the United Nations, which expressed alarm at the case.

Iran has a long history of cracking down on both civil and political activities. Despite this, the arrest of the environmentalists on national security charges raised questions about the IRGC’s true motivation. The situation became even more puzzling when the Ministry of Intelligence publicly contradicted the IRGC and claimed that the environmentalists were not a national security threat.

To better understand this situation, it is necessary to understand the wider context. For decades, Supreme Leader Ayatollah Khamenei has warned about the cultural invasion and soft war the West is waging against Iran. Throughout his leadership, his cultural-political discourse has led to aggressive actions by state officials. It has also become increasingly extreme, such as the recent ban on teaching English in primary schools. His proclamations about the Western invasion have taken on a more ominous dimension, and rarely a year goes by without several people being indicted on such charges.

Some of his concerns are well founded, but most cases are a combination of paranoia, conspiracy theories and trumped-up charges.

In January and February 2018, the regime’s wrath was aimed at Iran’s scientific community. IRGC agents stormed the houses of several Iranian wildlife and environmental activists. Chief among them was Dr Kavous Seyed-Emami, a Canadian-Iranian academic and founder of the Persian Wildlife Heritage Foundation. Within 24 hours of the arrest, it was announced that he had committed suicide in prison. He was charged with spying for Mossad, Israel’s secret service, posthumously.

Apart from Seyed-Emami, a dozen other Iranian wildlife and environmental activists were detained. All of them were charged with espionage and have been detained ever since. In October, five of them had their initial charge elevated to ‘corruption on earth’, the maximum penalty for which is death.

Around the same time, Kaveh Madani, an award-wining academic at Imperial College London, was also briefly detained. A water conservation expert, Madani was persuaded by President Hassan Rouhani’s administration to return to Iran and serve as the deputy of the Environmental Department. He was soon attacked by the country’s ultraconservative and hardline factions, who accused him of being a morally corrupt agent of the West. In the face of this onslaught, Madani resigned and went into hiding, after being detained for 72 hours, threatened and interrogated many times. Unlike other environmentalists, he was able to leave the country, probably helped by sympathizers within the administration.

Some have argued that these concentrated arrests were in response to the widespread protests in December 2017 and January 2018. Concerns about environmental challenges, including Iran’s worst drought in modern times, were a trigger for the unrest. 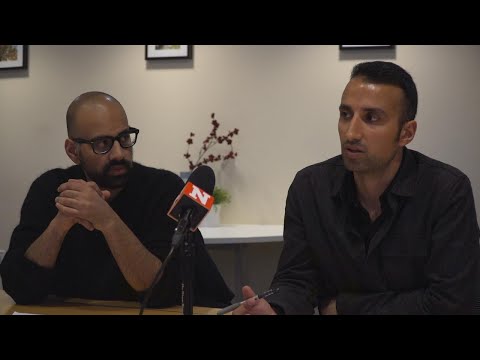 This seems unlikely or at least not the main reason behind the campaign. In recent years, the security apparatus has mainly focused on dual-nationality Iranians and has charged many of them with espionage and conspiracy to topple the state through soft power, among others. Some have also argued that this practice has become a habitual method in negotiating with the United States and other Western powers. For example, four imprisoned American-Iranians were released after Iran reached an agreement with Washington over its nuclear programme in 2016.

However, Iran has continued to arrest dual nationals, in what has been described as blatant acts of hostage-taking. About two dozen dual nationals are currently being held in Iran. Among them are Baquer and Siamak Namazi (an American-Iranian father and son), Nazanin Zaghari-Radcliffe (a British-Iranian employed by the Thomson Reuters Foundation) and Chinese-American history student Xiyue Wang.

Arguably, the campaign against the environmentalists follows the same pattern, albeit with an expanded scope. In December 2018, it was revealed that security forces had arrested the Australian-based academic Meimanat Hosseini-Chavoshi. Accused of being part of the West’s soft infiltration project, her current condition remains unknown.

Indeed, as the external pressure on Iran mounts, the security apparatus is increasing its crackdown on what it considers a ‘threat to national security’. In this climate, dual nationals have become particularly vulnerable. In September 2018, the British government advised British-Iranians against all but essential travel to Iran. It also tightened up its existing travel advice to the country.

Although thousands of Iranian dual nationals still visit the country every day, it is likely that many will think twice before making the trip. In addition, the uncertain fate of the detained environmentalists will certainly discourage some members of the large Iranian scientific community overseas from returning home.