On 5 February 2021, the Pre-Trial Chamber of the International Criminal Court issued a majority ruling confirming that the Court has jurisdiction over the territory of Palestine, comprising the West Bank, including East Jerusalem, and the Gaza Strip. The ruling came nearly a year after it was requested by Fatou Bensouda, the ICC Prosecutor.

As the Prosecutor admitted in her request, the ruling was not legally or procedurally required to proceed to opening an investigation into possible war crimes committed in Palestine, which Ms. Bensouda said she had enough evidence to believe are being committed. However, the request was another indication of the explosive sensitivities the Prosecutor was navigating in relation to the Situation in Palestine, including its unique character as a situation under prolonged occupation enjoying unparalleled yet polarizing international attention. During the ensuing year after the request, the International Criminal Court as well as the Prosecutor herself and her office came under US sanctions imposed by a hostile Trump administration.

Not surprisingly, Palestinians celebrated the ruling. After all, it took Palestinians decades just to be able to knock on the Court’s door. Now, after having a seat at the table as a State Party following Palestine’s accession to the Rome Statute, a long-awaited investigation into Israeli war crimes became all but assured. The Palestinian Foreign Ministry welcomed the announcement. “The Palestinian people’s inherent right to seek justice and accountability will be within reach and justice can be denied no more,” said the statement.

For her part, Permanent Representative of the State of Palestine to the ICC, Ms. Rawan Sulaiman, told Fanack, “This step is significant because it gives Palestinians hope that justice is possible and that their rights and lives matter.”

Meanwhile, human rights organizations around the world like Human Rights Watch and Amnesty International welcomed the ruling as a significant step towards achieving accountability. The Israeli organization B’Tselem said it hoped the “landmark decision” would bring about an end to impunity.

Not everyone is celebrating the possibility of prosecuting Israelis for war crimes though. As expected, the Israeli Prime Minister, Benjamin Netanyahu, lashed out heaping accusations of politicization, hypocrisy, and even anti-Semitism at the Court. For its part, the Biden administration, which has not lifted the sanctions imposed by Trump on the ICC, quickly affirmed its opposition to the Pre-Trial Chamber’s decision and casted doubt on Palestine’s membership in the Court. Australia, Canada, Hungary, Brazil, Austria, the Czech Republic, Germany and others followed suit, issuing nearly identical statements that toed the Israeli line. The Palestinians countered by accusing these countries of politicizing the Court´s work and attempting to apply pressure on the ICC, adding, “The State of Palestine is a legal and political fact that can neither be ignored nor denied any longer. Governments that remain in denial are advised to move over to the right side of history on this issue.” 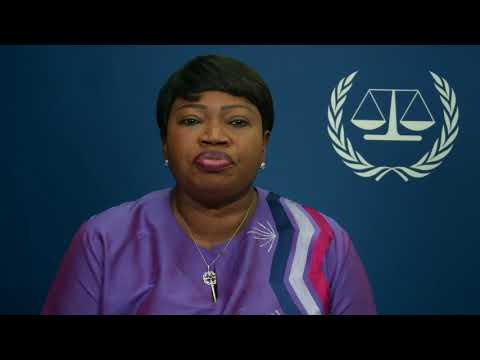 Despite the ruckus around this ruling, the road to the ICC courtroom is still quite long. First, the ICC Prosecutor must announce the launching of the official investigation. This, despite the Pre-Trial Chamber’s ruling that as a matter of law, the judges consider the investigation to be already in progress.

And where the preliminary examination into the “Situation in Palestine” lasted nearly five years, some active investigations at the international Court have been ongoing for sixteen. In the interim, many things could go wrong. This includes an intervention by the United Nations Security Council, at the behest of one of its permanent members, ordering the ICC Prosecutor to suspend the investigation for a renewable period of twelve months. Such a scenario seems unlikely at present, as it would set a dangerous precedent of intervention that Security Council members might not want to create.

Israel has already declared it would not cooperate with the Prosecutor. Seeing how Israel is not a State Party to the ICC, it is not obliged to cooperate with its investigation. However, an ICC investigation could prove embarrassing to countries allied with Israel who are founding members of the Court. Unlike Israel, their cooperation with the Court is required. This will be especially true if international warrants for Israelis are issued. In the past, countries like the UK buckled under diplomatic pressure and subverted the use of the country’s endorsement of universal jurisdiction for war crimes by fighting arrest warrants for Tzipi Livni and Ehud Barak. Spain also took steps to limit its own legislation on international jurisdiction following attempts to issue warrants for Israeli officials.

On a more technical front, without Israeli cooperation, furnishing information, documents, and witnesses will be made far more complicated for the Prosecutor during the investigation. This obstruction will also mean lack of access to the Occupied Palestinian Territory, including Jerusalem, as Israel controls all Palestinian border crossings. While not insurmountable or unique to Palestine, these sets of difficulties will undoubtedly slow down the investigation and present serious challenges to the prosecution.

Despite these difficulties, Palestinian Ambassador Rawan Sulaiman says the investigation will have an impact on many levels. “Investigating and eventually prosecuting Israeli officials for crimes they committed will bring some closure to the Palestinian victims. They don’t have to suffer in silence anymore. Their stories will be heard and valued,” she told Fanack. The investigation itself will also serve as a deterrent to Israeli officers and officials, she said, who have so far been well guarded from any form of accountability for crimes against Palestinians.

An ICC investigation will not be limited to Israeli crimes. The Prosecutor has looked into incidents involving Hamas and other Palestinian factions in Gaza, leaving the possibility open that Palestinian individuals could face ICC probes, putting a strain on the fragile intra-Palestinian reconciliation efforts now underway. Still, all Palestinian factions, including Hamas, have welcomed Palestine’s accession to the ICC and the Pre-Trial Chamber’s ruling.

International resistance to the ICC’s involvement in the Palestine/Israel question is not expected to wane, especially by key players like the United States. Although any ICC probe would be the result of a legal assessment that must meet specific required thresholds, including gravity, the political debate on the issue will remain entrenched in the debate over whether Palestine has the right to seek ICC action or even be a member of the Court. Such allegations are “baseless and purely political” contends Ambassador Ammar Hijazi, assistant of the Palestinian Foreign Minister for multilateral affairs, who also told Fanack, “This is an existential test of credibility for the international system. States have to decide where they stand on this and whether they want to have a hand in unraveling this system. Either way, Palestine will not accept to be the exception to the rule of universal accountability.”

Some countries have used the presently non-existing “peace process” to frame their opposition, arguing that an ICC probe would derail peace efforts. “Nonsense,” says Hijazi, adding, “Seeking justice and ending impunity are foundational to real peace.”

Four tumultuous years of the Donald Trump presidency upended international law and threatened to derail the entire world order. They also forced human rights organizations, jurists, and activists to take the lead on issues of justice, accountability, and equality. The ICC ruling on Palestine will test where all these actors stand and how the international system will recover, if at all.