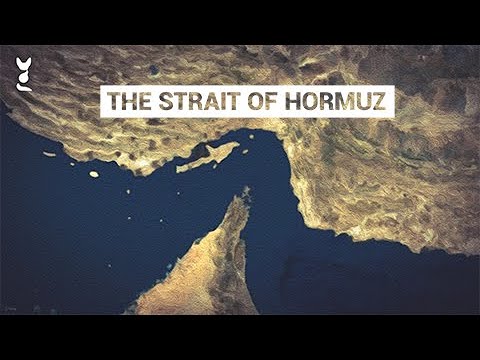 From cyber-attacks to downed civilian airliners, oil sanctions and proxy wars, since the Iranian revolution of 1979, relations between the US and Tehran have never been easy. But with the election of US president Donald Trump, one of the few periods of easing tensions between the two states – largely thanks to the Obama-era nuclear accord – has come to an abrupt end. Even worse, the wave of mystery-cloaked violence in the Persian Gulf in May and June 2019 has almost brought the two countries into open conflict.

The Persian Gulf represents one of the great chokepoints of international trade, especially for hydrocarbons, and thus offers regional actors an obvious site to strangle trade flows. With the US and other western states determined to keep their oil flows via the Gulf running (several of them have even based naval assets in the region to ensure this), the waterway can become a veritable geopolitical powder keg if put under the wrong conditions.

In recent weeks, the Persian Gulf has been the site of flaring tensions between the US and Iran. Trouble started with the apparent bombing of four oil tankers (Emirati, Norwegian, and Saudi) in the Persian Gulf in May. A joint investigation found that a state-actor was likely responsible and the US pinned the blame on Iran, despite reservations of the UAE.

In June, two tankers were attacked while in international waters, with both receiving damage above the waterline. The explosives that appear to have been used in the attack struck above the waves, spurring suggestions that the tankers were not trying to sink the ships. The US Secretary of State Mike Pompeo was quick to blame Iran, citing intelligence assessments, the weapons used, the level of expertise required and the similarity to other recent attacks.

Most US allies have sided with Washington’s narrative of Iranian culpability for the attacks and third-party reports on the attacks have pointed at Iranian state-backed actors as being the culprits. However, there is sufficient ambiguity within the evidence released by both sides to provide room for competing narratives. Such skepticism has also reached the top political tiers of some countries, including Germany and Japan. The leader of the UK’s opposition party, Jeremy Corbyn – a long-time pacifist – argued publicly that the US evidence was insufficient to warrant unquestioned sup-port.

Following the second attacks, the US were quick to release footage of what they said was an Iranian boat removing one of their unexploded mines, supposedly with the goal of intensifying global diplomatic pressure on Tehran and forcing Iran back to negotiations. Iran riposted with footage of their own, showing sailors they had rescued and saying they were in “full health”, amid denials of US accusations. This outpouring of evidence is clearly aimed at winning the war of public information and setting the ground for winning the argument to ramp up military measures on both sides, either open or covert. The US has already bolstered its military presence in the region, although it is far from constituting a war-footing.

Thankfully, no one was injured in the attacks, but they sparked more violent reactions. Iran shot down a US military drone, stirring a new tussle over evidence of who was at fault. The US then followed up with a cyber-attack on Iranian military facilities, which it then claimed had been planned since the first tanker attack.

The bulk of the blame for these attacks seems to have settled at Iran’s feet. After all, they have a long-standing regional rivalry with the UAE and Saudi Arabia. But with no breakthroughs in any of the regional conflicts (such as the ones in Yemen or Syria), Iranian tensions with neighbouring rivals are now a relatively stable undercurrent to Middle Eastern geopolitics. There seems to have been no obvious trigger that would prompt Iran to take such arguably risky military actions against its neighbours. The US however has been steadily increasing pressure on Tehran with economic sanctions and its pullout from the 2015 nuclear agreement only made things worse. Iran has mined the Persian Gulf since before the 1980s, and has occasionally harassed US military operations as a show of force. These attacks, if ordered by Iran, appear to be a similar muscle-flexing show – a reminder of the trouble that Iranian forces could cause if conflict did actually break out.

The only problem with this theory is the second attack. Two such strikes in a relatively short timeframe show a real willingness, on the Iranians’ side, to test the international response. With diplomacy between the US and Iran seemingly broken down and degraded to the point of name-calling (with Iran’s foreign minister calling the US and its regional allies the “B-team”), it is clear that there is little chance of meaningful reproach between the Trump administration and the current Tehran leadership. Iran is no stranger to using force to attract attention. In such a setting, these attacks do read as an attempt to see just how far they can push this attention-grabbing attitude within the current geopolitical climate.

Nefarious motives: the US

On the flipside, it is difficult to not question the US position, as objective third-party observers to this flare up. Key advisors within the Trump White House are well-known for their hawkish positions towards Iran. Foremost among them is John Bolton, Trump’s national security adviser. He has long hoped for military action against Iran’s Islamist government and, more worryingly, back in the 2000s, he was heavily involved in the decision-making that thrust the US into a decade-long war in Iraq over fake CIA intelligence. These attacks do not appear to hold the weight of the infamous WMD reports and, so far, they are not being wielded in similar war-mongering fashion. However they do represent a familiar narrative of a ‘rogue Middle Eastern government with a history of sponsoring terrorism posing a threat to international concerns or peace’.

Trump himself has acknowledged that Bolton has been pushing for strong military action and many worry whether his camp will be able to turn these attacks into a strong enough case for boots on the ground. So far Trump – seemingly reveling in personally controlling the outbreak of war in the Middle East – has managed to limit his administration’s more violence desires. He has still found time to threat ‘obliteration’ for Iran on Twitter; rhetorical bluster remains one of his key foreign policy tools.

The imbalance of forces between the US and Iran all but assures Washington of military dominance (even if at a bloody price) over Iran. Tehran knows this, and the country can hardly want to face an invasion. Plus, the apparent failure of explosives in the two seaborne attacks does not do much for the reputation of the Iranian military. However, both the ramping up of military rhetoric and the spectre of a long-time enemy looming large plays well politically for both the Trump and Rouhani governments. Until war actually breaks out, they can rally their faithful and play on old tropes of ‘us versus them’. Alongside this, both Iran and the US have used the incident to flaunt their mercy, with Trump claiming it was the human cost of airstrikes that turned him off them while Iran claimed it could have shot down 35 US airmen in place of the drone it downed.

Pulling the trigger just got easier

In the days following Trump’s very public stand-down, news broke of a US cyber-attack on Iranian military facilities. While they may not appear violent on the surface (recall that a joint US-UK-Israeli cyber-attack derailed Iran’s uranium enrichment programme in the 2000s without the need for a kinetic strike), the real worry is how these kind of attacks will progress. A secret, invisible, and high-ly deniable attack with no risk to American lives like this cyber-strike lowers the threshold for its use. That may be welcome news to military commanders keen to flex their muscles, but in an ever more digitally connected world, if targets shift from purely military to dual-use targets (and the US military legal doctrine typically considers enemy infrastructure as a viable military target, unlike more humanitarian readings of international law of war), then it is civilians who will suffer.

Whether it be electricity grids, dam networks, or even telecommunications, attacks on infrastructure will inflict a costly price on civilians. Such a cyber-strike – deployed in an instance when we might easily expect a kinetic response – may mark a worrying new dawn in conflict in the Middle East. War seems to have been averted until now, but we should only be more worried what the next regional conflict will look like.