More than two years have passed, and justice is still being sought for slain Saudi journalist Jamal Khashoggi. Despite the Kingdom of Saudi Arabia’s slate of prosecutions for the crime, the truth about that night remains a key question the US can play a crucial part in answering. The burden of that responsibility will now fall to President-elect Joe Biden, and his move may have much to do with how he navigates the US and Saudi relationship — a prominent bilateral partnership on the world stage.

On 2 October 2018, the self-exiled Washington Post columnist walked into the Saudi consulate in Istanbul, Turkey, while his fiancé Hatice Cengiz waited outside. He never came out. It later emerged he was killed by Saudi officials, notwithstanding conflicting accounts in the murder’s aftermath.

The Saudi public prosecution reportedly investigated 31 individuals and tried 11 in a closed trial that failed to meet international standards, according to Human Rights Watch.

Five people initially received death sentences, later commuted to prison terms, while three others are serving a total of 24 years. However, observers say the primary architects of the crime were not held accountable, including Saudi Crown Prince Mohammed bin Salman (MBS), which the CIA concluded ordered the assassination.

“I am calling on the president-elect to release the CIA’s assessment and evidence. It will greatly assist in uncovering the truth about who is responsible for Jamal’s murder”, Hatice Cengiz has said.

The Open Society Justice Initiative has filed Freedom of Information Act (FOIA) requests for records about the killing from the CIA, but some are still being withheld, including a tape recording of the events during the incident.

A federal district court in New York ordered the agency and Office of the Director of National Intelligence (ODNI) to acknowledge and explain their withholding of the recording and the CIA’s report on the murder.

Among other things, Trump saying, “we have the tape” precluded the government’s refusal to acknowledge it was withholding the records.

An extension for a Vaughn index — a government declaration that identifies the records being withheld and the basis under FOIA for withholding them — was granted until February 2021.

“Today’s court order is a crucial victory in addressing the Trump administration’s shameful cover-up of Jamal Khashoggi’s murder,” said Amrit Singh, lead lawyer for the OSJI in the case.

Biden’s inauguration is scheduled for 20 January 2021, which means he oversees the decision to provide the Vaughan index or appeal the decision.

“We hope that the Biden administration will demonstrate its commitment to democratic values by quickly releasing the ODNI and CIA reports on who is responsible for the Khashoggi murder as well as other key records that we are seeking in this litigation”, Singh told Fanack.

Biden has previously indicated he would seek accountability for Khashoggi’s murder and those close to the matter say he stands by that intention.

“Under a Biden-Harris administration, we will reassess our relationship with the Kingdom [of Saudi Arabia], end US support for Saudi Arabia’s war in Yemen, and make sure America does not check its values at the door to sell arms or buy oil”, said Biden a month before the election, a sentiment echoed by other Democrats.

Analysts say the era of impunity for Saudi Arabia will end under Biden but how much he will do in practice is a difficult question to answer, says political analyst Lincoln Mitchell.

The Khashoggi killing was met with outrage, and the mean-spirited and insensitive way the Trump administration handled it did not help things, “But if you had an Obama presidency, or a Biden or George W Bush presidency, it’s not clear what they would have done”, says Mitchell.

“The Saudi regime has been a nasty authoritarian regime for decades. And we’ve always maintained relations”.

What’s more, Biden is coming into the White House during an acute crisis with COVID-19 and the resulting economic fallout. He follows “an overtly white supremacist presidency” that exacerbated existing structural racism in the country; that gives Biden a lot to try and roll back at home, says Mitchell.

The relationship may not be as cozy, but it’s questionable as to whether Biden will shake things up with the Saudis in the way some may deem necessary.

What is in question includes support for a regime in Yemen where the conflict has led to almost a quarter of a million dead.

The US has also provided logistical and intelligence support to the Saudi-led coalition, authorised by former President Barak Obama in 2015.

There is also the fact that between 2010-14 and 2015-19, US arms exports have increased by 23 percent; half of all its exports go to the Middle East, and half of those went to Saudi Arabia in the last five-year period, according to the Stockholm International Peace Research Institute.

In 2019, the House of Congress passed a resolution with bipartisan support to end US involvement in the war, vetoed by Trump. It will be seen whether Biden has more luck withdrawing American support to the coalition. According to Gregory Johnsen, who served on the UN Security Council Panel of Experts on Yemen, the US is the only partner that could, in turn, pressure Saudi on Yemen.

There is also a catalogue of human rights concerns in the kingdom, including the crackdown and arbitrary detention on dissidents stepped up under MBS.

While there may not be a radical transformation of the bilateral relationship, a Biden administration could at least help curb the recent untempered behaviour of Saudi Arabia under the Crown Prince’s direction.

“There are a lot of reasons for this relationship to continue — it has a lot of value for both sides — but it simply cannot continue in the way it has for the last four years”, said Brookings Institute’s Tamara Cofman Wittes, speaking to the New York Times, “There have been a series of violations of the rules between friendly governments, a violation of norms”.

As much as Saudi Arabia may need the US, the dependency is not one-way. America needs Saudi’s cooperation for several regional issues, including buy-in for a new way forward with Iran and to help stem volatility in oil markets.

In the recent G20 meeting, Saudi representatives responded to questions about its relationship with the US under a future Biden presidency indicating where it will be and where it will not be open. It considered its political prisoners, such as woman’s rights activist Loujain al-Hathloul‘s case, a national security issue and a matter for the Saudi courts, for instance. Where Khashoggi was concerned, there appeared no plans for compromise or consideration the incident may cause blowback onto the Gulf nation, expecting potential foreign investors to remain undeterred.

There are also reports that the kingdom is hedging its bets and hiring the lobbyists needed to win over Republican congressional leaders, anticipating a Republican majority in the Senate. That could make it more difficult to do what many want and hold the man responsible for ordering the killing to account.

The classified material in question is thought to point the finger at MBS. Saudi journalist and dissident Safa Al Ahmad says releasing that report would have “profound” ramifications, although others doubt the US would go after MBS directly.

“Where is the precedent for something like that, especially when you make it personal”, says Mitchell, “If we can go after MBS then somebody could come after Trump or Biden or Bush for something they did. It’s unlikely to happen”. 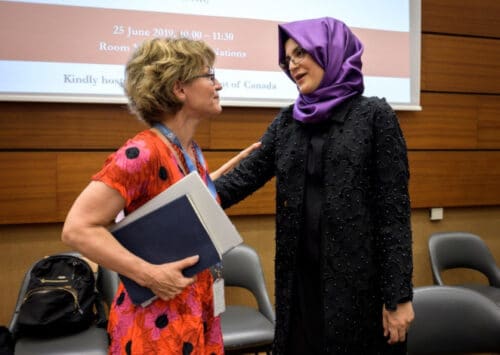 The UN Released a Damning Report on Khashoggi’s Killing – Will It Make a Difference?
In the report, Agnes Callamard, the UN special rapporteur on extrajudicial killings deduced that Khashoggi had been the... 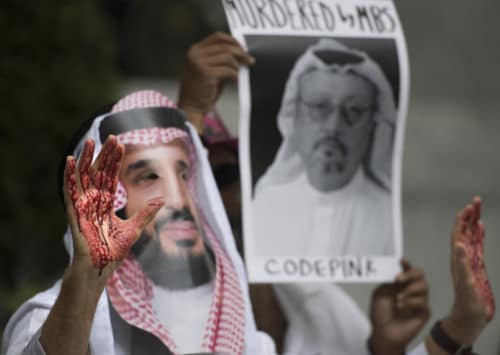 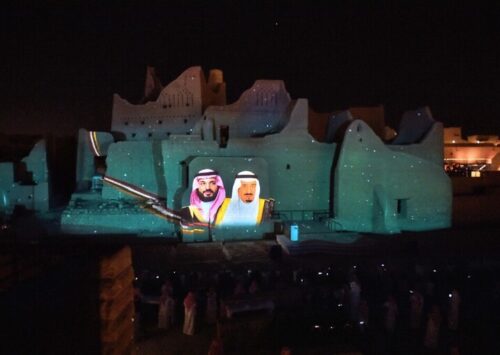