Fanack Home / International Affairs / The League of Arab States / The Joint Arab Force—Will It Ever Work?

The Joint Arab Force—Will It Ever Work? 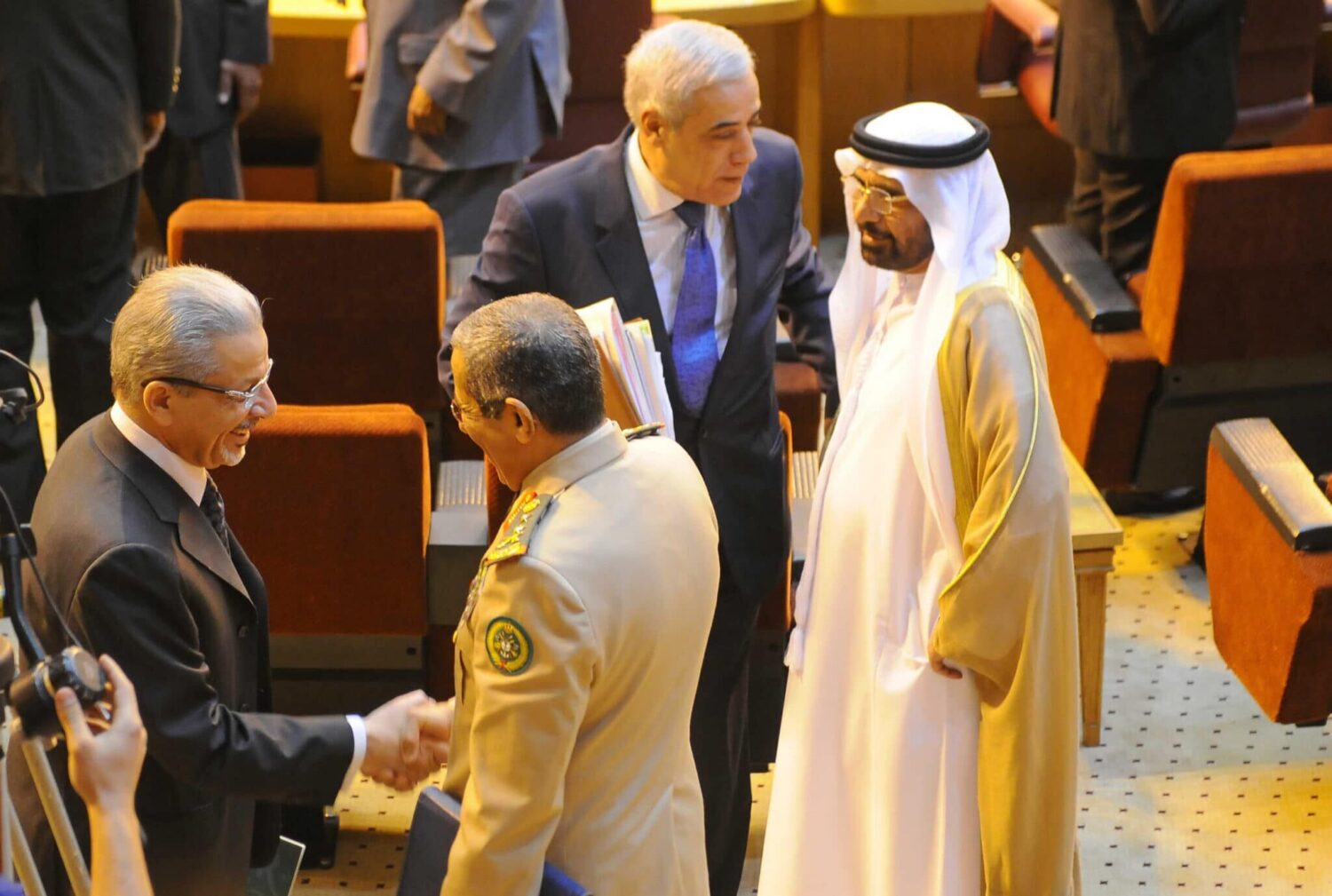 Arab army chiefs meet in the Arab League’s headquarters to discuss building a joint Arab military force , Photo Amr SayedIn early March 2015, Nabil al-Araby, the Arab League Secretary General, called for the creation of a Joint Arab Force (JAF) to counter extremism and all other threats to the Arab states. His call echoed Egypt’s president Abdel Fattah al-Sisi, who stressed the need for such a coalition, citing the threats of extremism and asserting that countries such as Saudi Arabia (KSA), the United Arab Emirates (UAE), Kuwait, and Jordan were supportive of the idea. Nabil al-Araby’s call came after similar announcements during the 2014 Gulf Cooperation Council (GCC) summit in Doha.

In recent years, most Arab regimes have been modernizing and strengthening their armed forces, creating an unprecedented arms race in the region. Military exercises, especially between Egypt, Jordan, and the GCC countries have become frequent since 2013. The GCC, for instance, increased their imports of weapons by 70 percent after the Arab Spring began, in December 2010.

The Arab world is in disarray. Civil wars are destroying Somalia, Yemen, Iraq, Syria, and Libya. The spectre of terrorism haunts Algeria and Egypt, and, to a certain extent, Tunisia, Morocco, Jordan, and KSA. These countries’ regimes are weak and their states fragile, and, because of the permeability of Arab borders, conflicts cannot be contained to one country.

Many Arab countries feel threatened by Iran and its clients, and they do not view the return of Turkey to the region as a positive change. This has relegated Israel to a secondary role: it has become the rhetorical enemy now, rather than the military foe of former days.

Talk of a united Arab army or of military leagues is not unheard of in the region. An international coalition, with Arab participation, was formed in 2014 to strike Islamic State (IS) in Syria and Iraq. Egypt is conducting its own operations against Islamist groups in Libya, through covert operations and airstrikes, sometimes supported by the UAE. In March 2015, an Arab force led by KSA began a war against the (to some extent) Iranian-backed Houthis in Yemen, in what is almost a proxy war against Iran. NATO and the European Union, on the other hand, are considering the use of force to help stop illegal immigration from the southern coast of the Mediterranean (especially Libya and Tunisia). Arab armies also participated in earlier international coalitions, such as the international coalition to throw Saddam Hussein out of Kuwait in 1990/91 and the 2011 NATO bombings of Gaddafi’s Libya.

The Arab League of States was created in 1945 with the aim of unifying Arabs under one flag, with one army, and that is how the Treaty of Joint Defence and Economic Cooperation (TJDEC) was signed (though essentially never used) in 1950. The first postcolonial pan-Arab army was formed in 1948, with the aim of defending Palestine against the Zionists, but it lost both the war and land. Other Arab coalitions were raised later (1967, 1973) to fight Israel, but neither succeeded.

More substantial action was taken in 1976—the Arab Deterrence Force, meant to stop the Lebanese civil war. However, it consisted mainly of the Syrian Army, which became essentially an occupation force. The Peninsula Shield Force was a Saudi-led army that invaded Bahrain in 2011 to help put an end to the Arab Spring–style uprising. The Joint Arab Force is hailed as the next big project on this list.

During the Arab League summit of Sharm el Sheikh (March 2015), while Operation Decisive Storm was intensifying in Yemen, plans for the JAF were unveiled. Arab generals met in Cairo twice after that, in April and May, to discuss the technicalities of the new force. Their third meeting is expected in June, after which a final draft will be signed.

The Arab League will not oblige states to take part in its new project: participation is voluntary. This army is meant to intervene when an Arab League member-country requests it. It should include between 20,000 and 40,000 troops, with land, air, and naval forces. Headquarters will be in Cairo or Riyadh. In general, financing will be provided by the rich Gulf monarchies, while manpower will come from Egypt, Jordan, Morocco, and Sudan. Iraq, the closest Arab country to Iran, expressed reservations about the project, as did Lebanon, where pro-Iran and pro-Syria (i.e., pro-Assad) groups are numerous. Nevertheless, the motion passed.

The situation in the Arab world and the growing militarization mentioned above are the main factors explaining the decision to create the JAF. The two driving forces behind the project are Egypt and KSA. Egypt plays the symbolic role of “Mother of All Arabs,” has the largest Arab army, and hosts the Arab League headquarters. Saudi Arabia is the symbolic cradle of Islam, the richest Arab country, and the hegemonic power in the Arab Gulf region.

Both countries face internal dissention, marked by radicalism and internal political rivalry, as well as foreign threats: KSA has IS on its north, Yemen on the south, and Iran further east. It borders Egypt, which is struggling with an IS insurgency in its eastern Sinai desert, growing chaos in Gaza, on its eastern borders, and a collapsing state in its western neighbour, Libya, where IS is gaining ground. KSA sees Iran’s client groups in the Arab world as an international threat it needs to fight, while Egypt considers the Muslim Brotherhood across the region as an enemy to neutralize. Both regimes are averse to the wave of Arab Spring democracy.

There is also a fear in these countries (and much of pro-American Arab regimes) that the United States (US) is turning its back on the region. This has a special importance for the GCC countries that rely heavily on US protection. The nuclear negotiations conducted between P5+1, dominated by the US, and Iran—a prelude, perhaps, to less US hostility towards Iran—are pouring salt in the Arab wound. This feeling, along with the growing threats, has reinforced the Saudi-Egyptian proposal to create the JAF.

In their fear of internal and external problems, the two countries, along with their close allies, who are mainly the still-standing monarchies of the region, decided to moved ahead and launch the JAF, but there are indications that this will be yet another empty project, like many of the Arab League’s previous initiatives.

Among the problems are the divisions among Arab states: Morocco and Algeria continue their cold war, Qatar is waging a proxy war in Libya against Egypt and the UAE, there is disagreement among several Arab countries over how to engage with Syria, and some countries’ relations with Iran are complicating the JAF’s tasks.

Another problem is the fact that this is mainly a league of authoritarian regimes faced with unprecedented popular discontent. The JAF is the product of regimes striving for survival, and a successful uprising or a military putsch might jeopardize the whole project.

What is more, the armaments and military doctrines of Arab countries differ, due to their dissimilar postcolonial history and military priorities. Some armies were trained to confront each other, some are heavily involved in their countries’ economics and politics, and some are totally sidelined. Some were trained by the Soviets and armed with Soviet weapons, while others are almost purely American creatures.

There is one goal that can unite them: stopping the wave of democratization in the region and the chaos that has accompanied it, which has been embodied by IS. Operation Decisive Storm in Yemen is perhaps the embryo of JAF, but its beginnings are not promising. This war could be for JAF what the Nakba (the 1948 Palestinian exodus) was for the TJDEC. 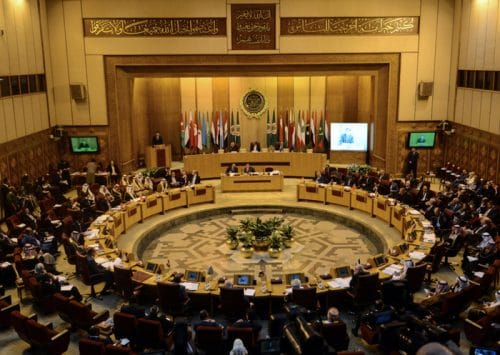