Iran signed the Geneva Conventions on 20 February 1957, and the Convention for the Rights of the Child (CRC) on 13 July 1994.
Iran voted in favor of the UDHR, along with 48 other states, and has been member of the OIC since 1969. Five of the 8 fundamental ILO conventions have been ratified by Iran, being; the conventions on forced labour (C029, C105), equal remuneration (C100), equal opportunity and treatment (C111), and child labour (C182).

Iran acceded to the Convention and Protocol on July 28, 1976. Through “accession” a state accepts the offer or the opportunity to become a party to a treaty, which has already negotiated and signed by other states. It has the same legal effect as ratification. As reservations, the government declared that it considered the text of articles 17 (wage-earning employment), 23 (public relief), 24 (labour legislation and social security), and 26 (freedom of movement) as recommendations only. Additionally, it states that where refugees are from states with which Iran has “concluded regional establishment, customs, economic, or political agreements” it reserves the right to not accord most favourable treatment.

The Convention on the Elimination of All Forms of Discrimination against Women – also called CEDAW, was approved during the General Assembly Session on 18 December, 1979 and entered into force on 3 September 1981. Iran is not party to CEDAW.

The International Convention on the Protection of the Rights of All Migrant Workers and Members of their Families was approved by the General Assembly on December 18, 1990 and entered into force on July 1, 2003. Iran is not party to the Convention.

Iran signed the Convention on March 8, 1967 and ratified it on August 29, 1968 with no reservations or declarations.

The human rights situation in Iran is poor. On The Economist Intelligence Unit’s Index of Democracy Iran ranked 145 out of 167 in 2008 and 158 out of 167 in 2014. Freedom of expression and religion are restricted. With its rank of 166 in the Press Freedom Index in 2008, only China, Vietnam, Cuba, Burma, Turkmenistan, North Korea, and Eritrea score worse. In the Press Freedom Index 2011/2012, Iran is ranked 173 out of 179 countries, standing just above Syria, Turkmenistan, North Korea, and Eritrea. Human-rights activists, journalists, bloggers, academics, and ethnic and religious minorities (such as members of the Bahai faith) face intimidation, arbitrary detention, and threats of prosecution.

The death penalty is often applied. Corporal punishments such as amputations, stoning, and flogging are also occasionally practiced. Iran is one of the few countries in the world that executes juvenile offenders. In 2010 Iranian authorities recorded 252 executions, but rights groups believe that many more were executed without official acknowledgement. Most of those executed were convicted on drug-related charges.

According to a 2008 Human Rights Watch report, the human rights situation worsened under the presidency of Ahmadinejad. A crackdown on criminals resulted in a surge in executions, including public hangings. Suppression of human-rights groups, particularly the women’s-rights movement, also intensified. Since 2009, controversial presidential elections and suppression of civil society activism, mostly associated with the Green Movement, have caused further deterioration in the human-rights situation. According to a 2012 Human Rights Watch report, Iranian authorities refused in 2011 to allow government critics to engage in peaceful demonstrations. 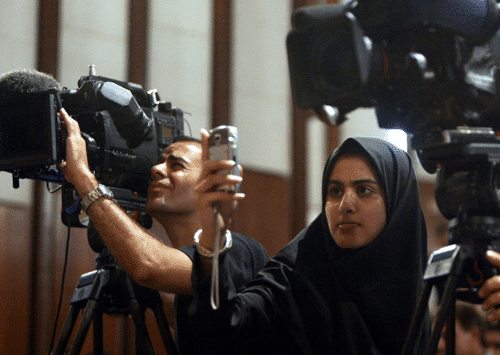 Press Freedom and Internet Censorship
According to Reporters without Borders, Iran has the worst record of Press Freedom in the Middle East. In Iran, there are so-called 'red lines' of criticism, ever-changing boundaries imposed by the authorities that dictate what Ir... 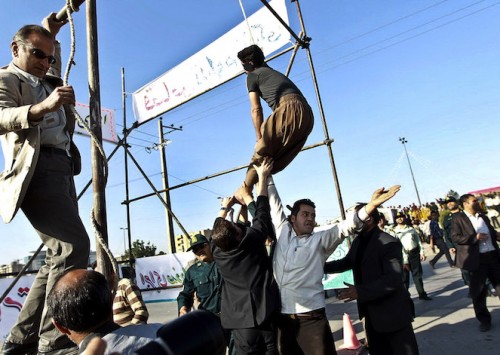 New Audio File Reignites Human Rights Debate in Iran
Human rights abuses by the revolutionary forces, including the execution of political prisoners, started immediately upon Khomeini’s return to Iran in 1979 after 15 years in exile. They have been a constant feature of the countr... 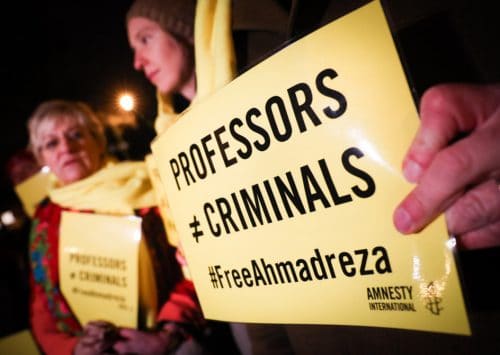 Arrests of Iranian Dual Nationals on the Rise
Since the signing of the deal, Iran’s Islamic Revolutionary Guard Corps (IRGC) have arrested at least 30 dual nationals, mostly on spying charges. In the years before the deal, the number of dual nationals imprisoned at any give... 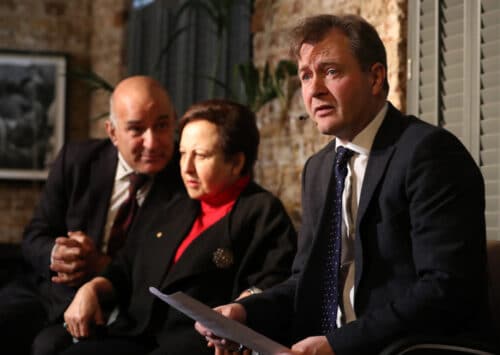 Fate of Detained Iranian Environmentalists Still Uncertain
As the external pressure on Iran mounts, the security apparatus is increasing its crackdown on what it considers a ‘threat to national security’. In this climate, dual nationals have become particularly vulnerable. 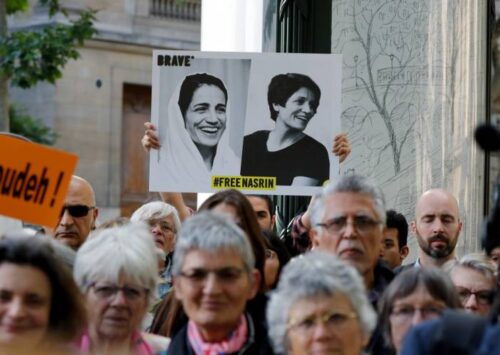 Iran Raises the Pressure on Human Rights Defenders
Most of the human rights defenders whose cases are detailed in the Observatory’s report are detained in Tehran’s Evin prison. They are kept there in solitary confinement for long periods of time, are deprived of essential medi... 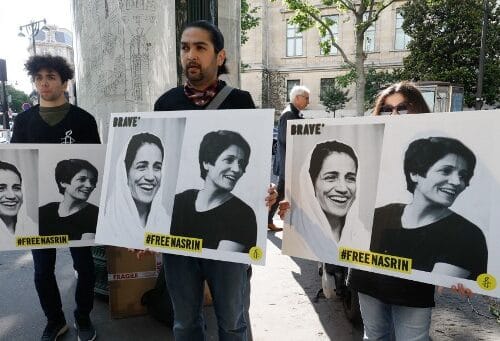 The Gruesome Realities Behind Imprisonment in Iran
when it comes to the killing of Iranian prisoners, Iran has the means to do it more publicly too. In a report published on October 8, 2020. 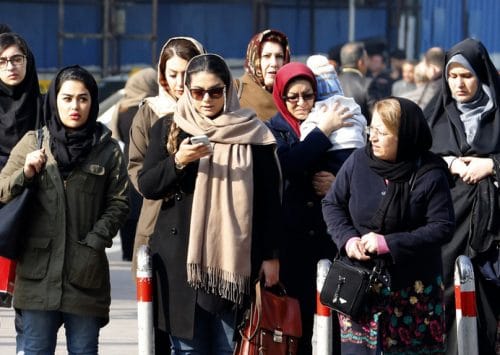 In Iran, Violence Against Women Becomes a Public Matter
Although flawed and incomplete, the draft bill aiming at better protecting women against domestic and other forms of violence shows the new commitment of the Iranian government to act on social demands.