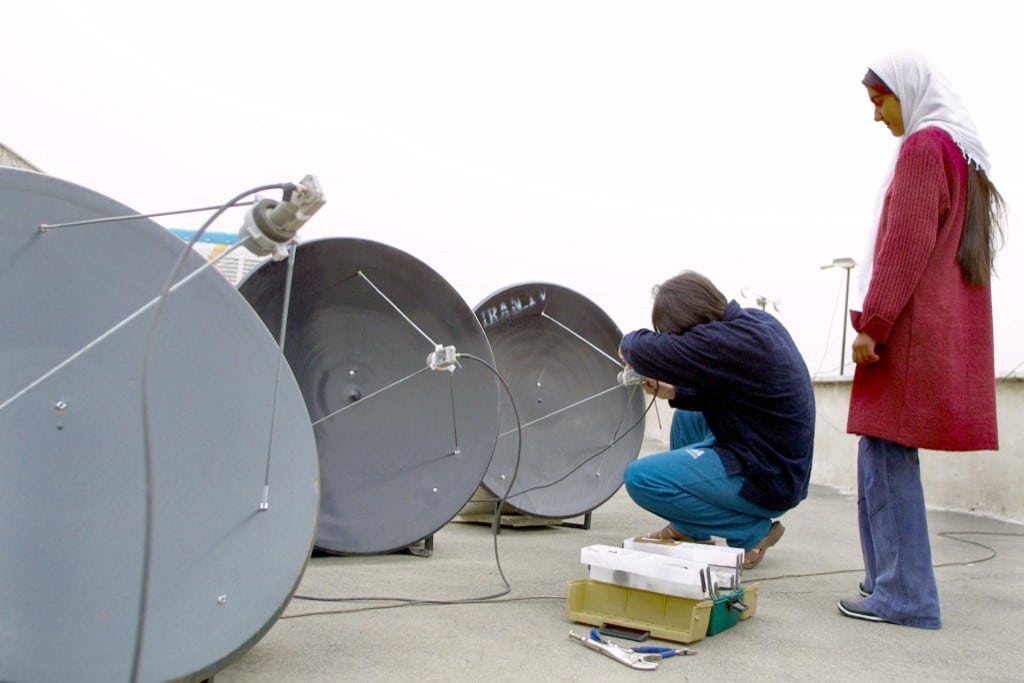 Although Islamic Republic of Iran Broadcasting (IRIB) has expanded its channels and programming to increase its audience, state TV has been gradually undermined by Persian radio services from abroad and in recent years by the emergence of Internet and satellite TV. Millions of Iranians daily tune in to one of many Persian-language radio services broadcast by international media such as BBC, Voice of America, and various Iranian opposition groups. While satellite TV has been forbidden by law in Iran since 1994, satellite dishes can be found (hidden) on rooftops throughout the country. The ban on the possession and use of satellite dishes is only sporadically enforced. People who are caught face a steep fine and confiscation of their satellite dish. In 2007 the current head of the state broadcasting company IRIB, Ezzatollah Zarghami, was quoted as saying that 32 percent of Iranians, around 23 million people, can now watch satellite TV. Other observers claim that the number is much higher.

Originating from the large diaspora community in Los Angeles, National Iranian Television (NITV) was the first satellite channel opposing the Iranian government; it began broadcasting in 2000. Many Iranian opposition channels have followed, not always successful. Programmes were often of poor quality, and the political views expressed did not always hold the attention of viewers inside Iran. Persian-language entertainment channels and foreign broadcasters’ Persian-language services have won over much of the audience. Voice of America’s Persian Service, run by the US government, is very popular because of its high-quality programmes. With an estimated 10 million daily listeners, it is one of the most important daily news sources for Iranians. On 14 January 2009 BBC launched a Persian-language news channel. The Iranian authorities reacted by immediately banning the news channel and forbidding Iranians to work for any foreign news media. Various Persian-language radio services from foreign broadcasters and Iranian opposition groups also attract millions of listeners a day.

After news, film and music channels are the most popular satellite channels in Iran. The Dubai-based Persian Music Channel (PMC), which broadcasts videos, interviews, and concert recordings by Iranian artists, is the best known. Similar programmes can be found on channels broadcast from Los Angeles, including Tapesh (part of the Persian Broadcasting Company), Jaam-e Jam, Iran TV, ICC, PEN, Omid-e Iran, and Didar (Global TV).