Fanack Home / Iraq / Past to Present / The Republic of Iraq

The Republic of Iraq

In a situation of increasing repression and growing collaboration between various parts of the opposition, a group of ‘Free Officers’ under the leadership of Brigadier Abd al-Karim Qasim carried out a military coup on 14 July 1958. The monarchy fell. Members of the royal house and the hated Nuri al-Said were killed. Iraq’s first president, Qasim (the son of a Sunni Arab father and a Shiite Kurdish mother), could boast great personal popularity among the people.

The coup was a turning point in the history of Iraq, the first step in a revolutionary process. Domination by the large landowners, merchants, high-ranking military officers, bureaucrats, and the royal house came to an end. In order to break the power of the landowners, the new regime launched radical land reform. The rising urban middle class – often recent migrants from rural areas – were the chief beneficiaries of the redistribution of power. In order to underscore the break with Great Britain and British interests, Iraq quit the Baghdad Pact (hastily renamed the Central Treaty Organisation, CENTO, in 1958). For now on, the West could count on a much more critical attitude. In the midst of the Cold War, Iraq established diplomatic relations with the Soviet Union and would, in the following years, grow closer to that country.

On other points, however, there was no unanimity on policy among the various currents of Arab nationalists, liberals, and Communists (the Iraqi Communist Party, ICP) was the only party with mass support in those years). One of the most important points on which they differed was the attitude towards Arab nationalism, which was gathering force, under the leadership of Egypt’s President, Gamal Abdel Nasser. This led Egypt and Syria to form the United Arab Republic (UAR) in 1958. The Free Officers could not agree among themselves whether Iraq should join the UAR. Abdul Salam Arif, the second man in the government, was a powerful proponent of membership. He received support from the then still small Arab Socialist Resurrection (Baath) Party, with which he maintained close relations.Qasim and others were equally strongly opposed. In the autumn of 1958 Arif was relieved of his duties by Qasim. 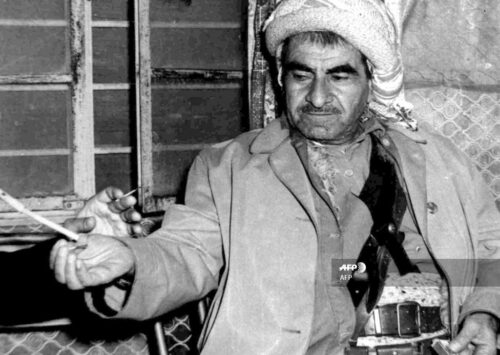 Internal Divisions in Iraq
In Iraq, advocates of Arab unity were found chiefly among the Sunni Arabs. In March 1959, things reached the point of a revolt in Mosul, two years later (1961) the regime came under pressure also from Kurdish nationalists.