Babylon’s long history: from one of the Seven Wonders to the Unesco world heritage list

One of the latest sites to be added to the Unesco world heritage list is Babylon city, as announced on July 5 by the World Heritage Committee. Situated 85 km south of Baghdad, Iraq’s capital city, the ancient Mesopotamian city is vulnerable and in a dire situation.

The 4,000 year-old site has joined the Unesco world heritage list after a campaigng of 26 years from Iraq. As described on the Unesco list, Babylon is “the city which, between 626 and 539 BCE, was the capital of the Neo-Babylonian Empire”. The list added that Babylon “includes villages and agricultural areas surrounding the ancient city” and that its “remains outer and innercity walls, gates, palaces and temples, are a unique testimony to one of the most influential empires of the ancient world.” “Seat of successive empires, under rulers such as Hammurabi and Nebuchadnezzar, Babylon represents the expression of the creativity of the Neo-Babylonian Empire at its height.”, the Unesco list read. “The city’s association with one of the seven wonders of the ancient world—the Hanging Gardens—has also inspired artistic, popular and religious culture on a global scale.”

The Hanging gardens, according to popular belief, were one of the Seven Wonders of the Ancient World, as listed by Hellenic culture, and were described as “a remarkable feat of engineering with an ascending series of tiered gardens containing a wide variety of trees, shrubs, and vines, resembling a large green mountain constructed of mud bricks”. According to one legend, they would have been built by King Nebuchadnezzar II, who ruled between 605 and 562 BC, for his Median wife Queen Amytis, because she missed the green hills and valleys of her homeland.

Apart from legends, Babylon is a symbol of the Mesopotamian culture and needs protection from more modern attacks, such as a replica palace built on the ruins that Saddam Hussein ordered when he was Iraqi leader, because he wanted the site to bear his mark for his personality cult. He wanted lasers lighting up the sky with images of his portrait and the ancient king’s, as well as 60ft-high walls, whose all bricks would bear the message: ‘At the era of President Saddam Hussein of Iraq, the protector of Great Iraq and reproducer of its reawakening and the builder of its civilization.’ Later on, US-led military forces in the area during the Iraq war crushed ancient pavements with their vehicles and filled sandbags with material that included archaeological fragments, further endangering an already damaged site.

The city’s name is believed to come from bav-il or bav-ilim, which in the Akkadian language of the time meant ‘Gate of God’ or ‘Gate of the Gods’. It may also come from ‘Babylon’, a word from Greek. According to Ancient History Encyclopedia, Babylon was founded at some point prior to the reign of Sargon of Akkad (also known as Sargon the Great), a king who ruled from 2334-2279 BCE and claimed to have built temples at Babylon (other ancient sources seem to indicate that Sargon himself founded the city). The end of Babylon’s era can be placed after the death of Alexander the Great in Babylon in 323 BCE, with his successors fighting over his empire generally and the city specifically, to the point where the residents fled for their safety. By the time the Parthian Empire ruled the region in 141 BCE, Babylon was deserted and forgotten, and in the Muslim conquest of the land in 650 CE whatever remained of Babylon was swept away and covered in sand. Its ruins were discovered in the 17th and 18th centuries, but thoroughly excavated only in the 19th century.

For Qahtan Al Abeed, the director of the Basrah antiquities and heritage museum who was part of the people who defended Babylon’s application in front of Unesco, the recognition of the site was highly necessary. “The site will be in better control under the management plan that was attached with the nomination file during the process of inscription”, he told Fanack after Babylon made the Unesco list. “That means that it will be under international criteria and all of this pressure will lead the government to train and get capacity building for their staff, to protect the outstanding universal value in the property.” Iraq’s president Barham Salih said the city, now considered an archaeological ruin, was returned to its “rightful place” in history by making the Unesco list, after years of neglect by previous leaders.

Babylon’s dire need of restoration, respect and consideration for its long History and its cultural importance could eventually be answered through this nomination, and budget be unlocked to secure a longer life for the site. In the medium term, the ancient city of Babylon could become a prominent Iraqi touristic attraction.

Launched in 1978, the Unesco world heritage list now includes more than 1,100 sites of “cultural and natural heritage considered to be of outstanding value to humanity.” Babylon shares this year’s list with e the ancient metallurgy sites of Burkina Faso, Iceland’s Vatnajökull National Park, Le Colline del Prosecco di Conegliano e Valdobbiadene and Jaipur, an 18th-century city in India that is famed for its majestic architecture. Eight buildings by the iconic American architect Frank Lloyd Wright, including the Guggenheim Museum in New York City, were also added to the list. 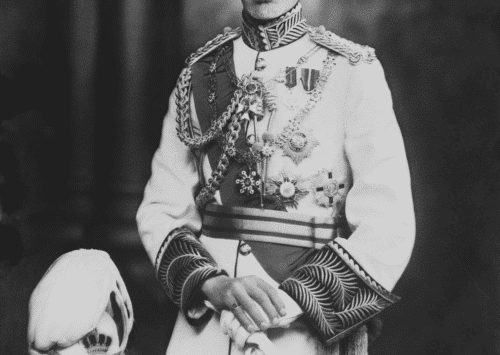