It is not difficult to follow a research approach that -step by step- figures out how “Islamists” have turned out to be an obstacle in the path of “Arab Spring revolutions”. It is also not difficult to blame “political Islam” on all past and future mistakes of this “Spring”. However, putting the blame on Islamists is not so important! Even if this “blaming” approach looked serious and solid, it remains filled with naivety and intuitive logic that doesn’t produce anything. On the one hand, this approach depicts those who made the movement as a group of idiots who took back the rights from a usurper and gave it to another. On the other hand, such an approach gives a carte blanche to all other forces and parties that really benefit from failing this spring. These forces will blame “Arab Spring” whether “Islamists” were involved in it or others did.

“Arab Spring revolutions” certainly shocked and confused the world. However, this did not only happen due to the new style that this movement followed by entrenching in squares. The shock occurred also because this movement was unforeseen in terms of political theorizing. On the one hand, the style of Arab Spring inspired several movements across the world such as “Occupy Wall Street”. On the other hand, the modern political history tells us that socialism and ideologies’ age ended with the revolutions that began in 1989 in Poland to topple the communist regimes in Central and Eastern Europe. In 1991, the Soviet Union was dissolved. A year later, Francis Fukuyama published his famous book “The End of History and the Last Man”. At this point, the idea of revolution reached its conclusion. It became clear – at least to advocates of liberal democracy – that the world has overlooked the possibility of new revolutions. Therefore, “Arab Spring” astonished everyone, as it broke out in an era where the idea of revolution itself has ceased to exist. However, we can also monitor a vortex of ideological vacuum in which this “Spring” would fall later, more precisely – since we talked about the end of ideologies age – the revolutionary intellectual vacuum. “Arab Spring” was able to exist as a revolution in a new form (entrenchment in squares). Nevertheless, it failed to manifest itself as a revolution with a new content (creating different patterns of organization).

As a result of all of this, the Arab movement sought the negative demand that was summarized by the squares’ famous chant “the people want to overthrow the regime”. It failed to present any remarkable positive content, whether on the economic level, such as production relations, or on the political level, such as how to establish more just and equal political systems. The movement failed in that despite its extension: in terms of time for several years and terms of place in several Arab countries!

This revolutionary intellectual vacuum that accompanied the movement had to be occupied by one of the already existing political systems. Realistically speaking, it was inevitable that the “Islamists” would step up to play this role. This happened primarily because Islamists were the most “intellectually and organizationally qualified” rather than others. This is regardless of whether their ideas are radical, such those of ISIS and its counterparts, or moderate such as those of the Muslim Brotherhood.

As a result, “Arab Spring” was an opportunity for Islamists that they could not miss to establish a “theocratic rule”. Such a form of governance was a dream of the Islamist movements in Egypt since the 1980s. At that time, they raised their famous slogan “Islam is the solution”. This was not a coincidence at all, as, at that time, the Cold War between the communist and capitalist camps was at its peak. Islamist movements presented themselves as an “equal” and at the same time as an alternative to those major ideologies. During that era, most of its literature was borrowed from the ideas of Sayyid Qutb or from the founder of the Muslim Brotherhood Hassan al-Banna. According to al-Banna, Islam “is a doctrine, a worship, a homeland, a nationality, a religion, a state, a spirituality, a Mus’haf, and a sword”. However, Islamist movements quickly borrowed the vocabulary of liberal democracy such as freedom, democracy, and equality. They sticked to this approach with the capitalist camp obtained victory over socialism at the end of the Cold War.

This intellectual shift reflects the pragmatic nature of the Islamist movements. When “Arab Spring” broke out, these movements brought back their old rusty electoral slogan “Islam is the solution”. They presented that slogan as a ready recipe to cure all society’s illnesses. On the one hand, these movements exploited their mass mobilization capacity. For instance, Islamists called the constitutional referendum in March 2011 as “the boxes foray”. On the other hand, they exploited people’s desperation from their deteriorating living conditions, in addition to the lack of security and the inability of the revolutionary movement to provide effective organizational alternatives. This was especially apparent in the Syrian regions that escaped the grip of the Syrian regime only to be ensnared in that of the Islamist movements. Interestingly, regular people did not show any resistance to that development. In many cases this occurred with open arms.

However, the Islamists’ dream didn’t last for long. Everyone soon realized that the Islamists’ promised recipe is not a cure. Rather, it was an expired one that increased the seriousness of the (already hopeless) Arab illness! Nevertheless, Islamists themselves didn’t realize that. Even more, they didn’t realize that the international community was not ready for reproducing Islamic regimes that would be in their best shape similar to the Mullah regime in Iran!

At that turn of events, “Arab movement” began devouring itself from inside. In Egypt, the army wrested power again from the grip of the Muslim Brotherhood. The presidency would later be taken over by Field Marshal Abdel Fattah al-Sisi. It was clear and tedious that such a move was a recycling process for the fallen Mubarak regime. In Syria, the revolutionary movement turned into a civil war when Islamists took control of the various geographies that the “Free Syrian Army” fighters had wrested from the Syrian regime. Nowadays, nobody can give a specific date for ending this civil war. Moreover, nobody knows what the results of this civil war will be.

The Arab movement didn’t provide a single complete or positive answer for the single meaningful question in the movement: What is precisely the objective of the “revolution”? The answer was always negative: “The people want to overthrow…”, or incomplete: “Establishing an elected democratic system…”. No one talked about the day following the fall of the regimes, nor talked they about the feasibility of establishing a democratic system. This stumbling block could turn into a strength if all components of society (including Islamists) contributed to coming up with a truly realistic answer to it. However, what happened was that the Islamists monopolized an answer that was more severe than the absence of the answers of the movement itself. When Islamists considered themselves the rightful party to rule, they indifferently excluded all other parties from participation. In doing so, Islamists hanged themselves along with the movement with a rope loosened by the deep regime in the existing states. That happened amid a collusion made by the international community that was concerned by the emergence of new radical regimes in the region. 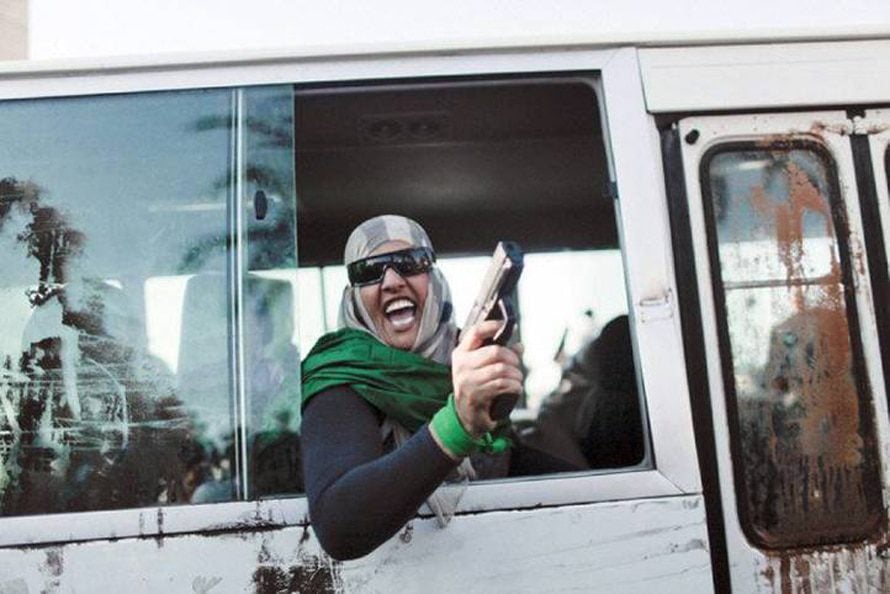 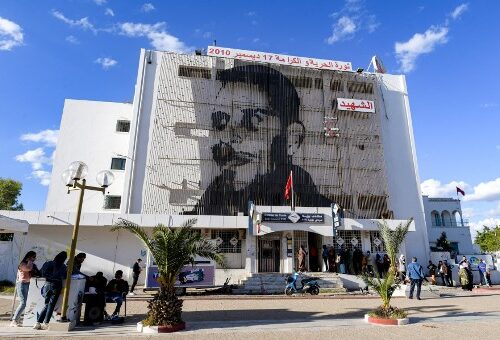 Tunisia Ten Years After the Jasmine Revolution
Ten years later, only Tunisia has managed to transition to democracy. The other nations from the ‘Arab Spring’ eithe...

Arab Spring Not Over in Morocco
An open appeal addressed primarily to the king by journalists, intellectuals and artists sought to calm the situation in...