Israeli society prides itself on its openness; the self-image of coexistence and tolerance is a key element of the democratic Jewish state. Israeli spokespersons like to compare Israel to the intolerance that, they say, has swept the region. Events in the summer of 2014 have challenged the claim of coexistence and tolerance, as Israeli society confronts a wave of anti-Arab incitement.

The story begins with the kidnapping and murder of three Jewish settlers in June. The abduction sparked a wave of public-solidarity protests and prayer rallies until the three were found dead in a field near Hebron on 30 June. Condemning the brutal murder, Prime Minister Binyamin Netanyahu returned to a favorite theme: The incident demonstrated the “broad moral gulf (that) separates us from our enemies,” he said. “They sanctify death, we sanctify life,” he continued. “They sanctify cruelty, and we mercy and compassion. That is the secret of our strength.”

Within days, the “broad moral gulf” was narrowed. On the morning of 2 July, as Israelis headed to work, initial reports came of a Palestinian teen, Muhammad Abu Khdeir, murdered in East Jerusalem. It soon emerged that the killers were Jews, that their motive was nationalist, and that their aim was revenge for the killing of the three Jewish teens weeks earlier.

Confronted with the murder, a shellshocked Israel entered a period of soul-searching. Knesset members across the political spectrum condemned the killing. Busloads of Israelis made their way to the Abu Khdeir home to comfort the mourners. Opinion leaders wondered if the society had been too tolerant of anti-Arab rhetoric over the years. Even in the days before the Abu Khdeir killing, users had bragged on social media of their hate for Arabs and had even set up pages trumpeting their bigotry. How had this come about? Had Israeli society been so awash in self-praise about its tolerance and openness that it had ignored the worrying signs?

And then the issue disappeared. Protests inside the Green Line dissipated. Jerusalem’s light-rail system still sees some disruption in service by Palestinian stone-throwers, but in Jerusalem, too, tensions have calmed. In the establishment’s view, credit for this goes largely to the local authorities in Arab towns and villages who quietly but diligently worked to bring calm.

The calm threatens to push underlying questions—including that of anti-Arab incitement—off the public agenda. With internal Jewish-Arab tensions off the front burner, public attention has moved on to the ongoing Gaza standoff, the perpetual fight over the defense budget, and, as in the rest of the Middle East, the spectre of ISIS and other jihadist groups in neighboring Syria.

Most importantly, in what way can society strengthen the norms against anti-Arab incitement? When the news of Abu Khdeir’s murder first broke, many instinctively pointed the finger at the long sidecurls of the “hilltop youth,” teenage or twenty-something settlers with extreme political views. The actual culprits in the murder,though, were not youths from distant Samarian hilltops but a group somewhat closer to the Israeli mainstream: rabid fans of the Beitar Jerusalem soccer team. 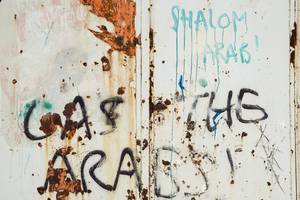 Anti-Arab incitement flourishes in Israeli subcultures, but the fear is that it has begun to seep into the mainstream. For Israelis, this presents yet another challenge. Since the social-protest movement of 2011, many have come to realize that internal cleavages pose a threat as great or greater than external foes. Attention has focused on gaps between haredi and secular, between center and periphery, between the tycoons and self-made millionaires of the “start-up nation” and a stagnant middle class. 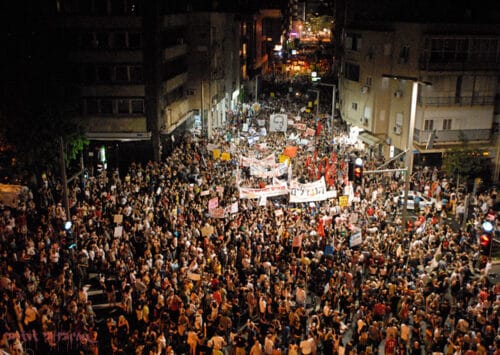 What Do Israelis Really Think about the Iran Issue?
The coming months will bring continued focus on the Israeli government’s angst over talks with Iran. The public shares...